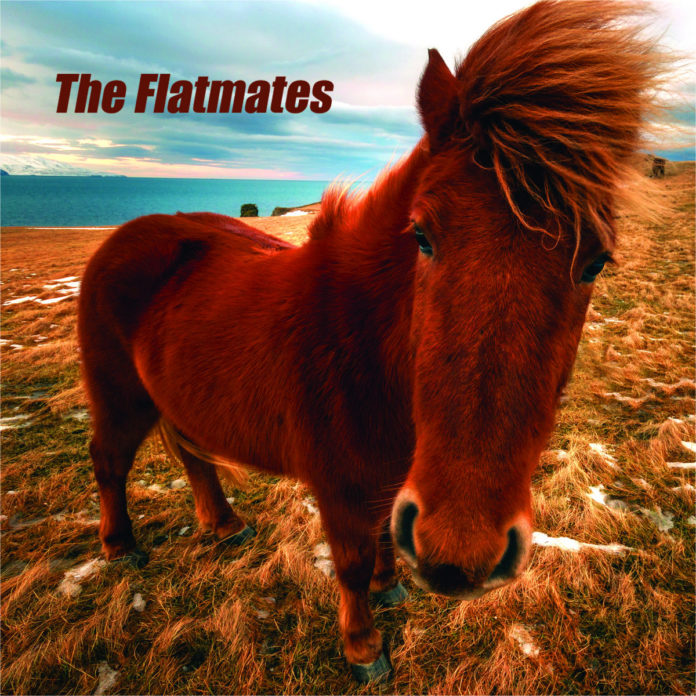 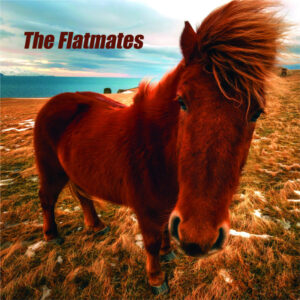 A mere 34 years after their first show, indie pop punk band release their eponymous first studio album. OK, there have been compilations of the singles-bands work, but officially this is their debut. And it’s fab, says Ged Babey

The C86 era was, for some bands, their chance to make guitar music inspired by their elder siblings record collections. Those peerless Buzzcocks singles and mighty Ramones albums.  The Flatmates were one such band, and they were great.  Shop Assistants were slightly tougher sounding and the Primitives had a manager who pushed them into the mainstream, but Flatmates were provincial, unassuming and simply a triumph of untutored talent and modest ambition.

This album is just a fizzing buzzsaw pop collection of in and out of love songs. It does weirdly sound like a singles compilation even though it isn’t. And it’s actually ‘better’ than the band were in their heyday!  Faster, a fatter sound, no messing about trying to be ‘Sixties’ or sophisticated and clever… like one of their collections said, ‘File Under Punk’. Not studs and mohawk punk. Button-badge and charity-shop-threads punk. Raw, emotional, kitchen-sink drama punk.

The song titles say it all:  Shut Up And Kiss Me, She’s So Bad for You,  (If You’re Going To Give Your Life For A Lost Cause, Then…) Why Can’t It Be Love?, This Is Reality…

The manic pop thrill as someone once called it.

Last Guitar in Town is a total classic with several hooks and memorable lines: People Say you shouldn’t care what People Say  and the wondrously droll  No-one gives a fuck about your rock’n’roll..

The only cover version is among the bonus tracks, a great reading of David Gedge’s Cinerama’s Comedienne re-gendered as Comedian

With the release of The Flatmates the band have now notched up new releases in each of the 5 decades from the ‘80s to the ‘20s. The album was recorded in Bristol at Rocker’s home studio StAR Studios, by band members Martin, Lisa and Rocker plus bassist Matt and drummer Brian, with guest appearances by Wendy Pickles (The Popguns; The Perfect English Weather); Katie Gatt (Personal Best, Colour Me Wednesday); Geoff Gorton (Arrest! Charlie Tipper, The Dukes Of Mumbai); Harry Furniss (Iceman Furniss Quartet); and Thomas Aherne (The Proctors, Peru).

The hardcore fans will already have this album as its been out a while, but if you remember the band with any affection, or love effervescent bittersweet punk-pop from the old-school then this is essential.

A triumph in staying-the-same but being better-than-ever.

All words by Ged Babey with press release content in italics