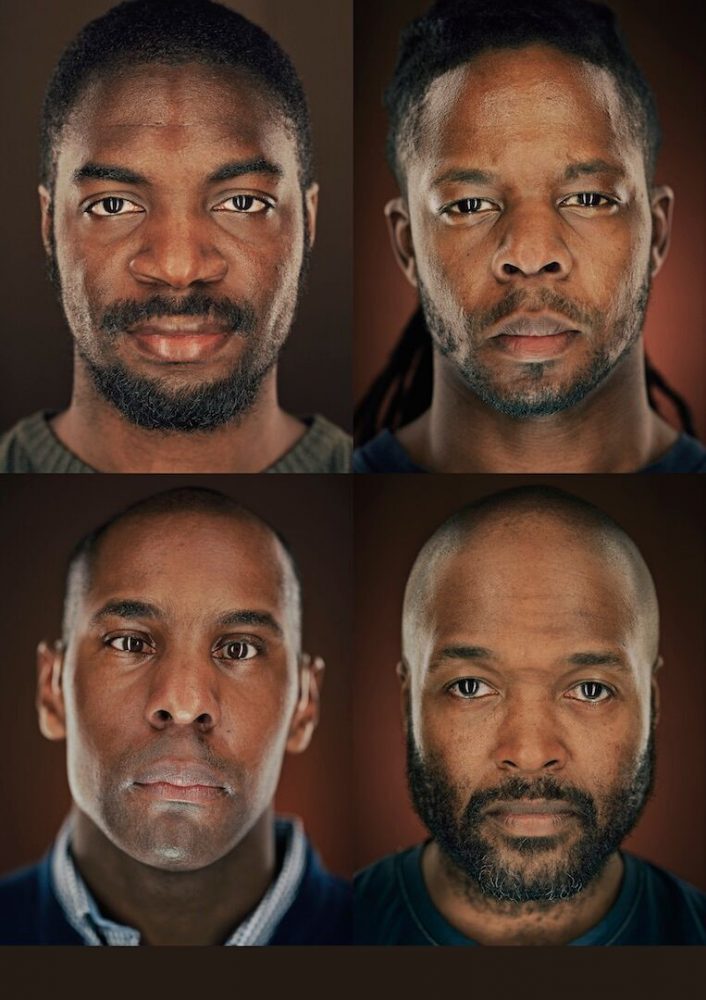 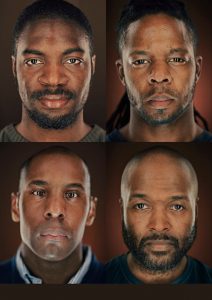 The Fish Police are a soul, hip hop, Afro-punk mix of a band from London released the Cactus single to coincide with their appearance in Texas at SXSW Festival on 15 March.  With Grace Jones’ rhythm section of bassist Charles Stuart and drummer Andrew Mclean combining with the guitar of Matthew Howe and soul man vocalist Dean Rodney Jr, it’s as shiny an example of future pop as you are likely to hear all year.

That the latter two have autism, saw Rodney Jr taking part in a panel discussion at Austin Convention Center about the impact on the arts and culture of neurodiversity the day before their gig. For The Fish Police this may contribute to a unique lyrical take but in a broader scientific sense this is part of a movement that understands a number of mental health conditions as the result of a natural variation in the human genome that does not require the medicalisation of different ways of seeing the world.

None of which could or indeed should sustain your musical interest if Cactus didn’t marry a funk punk groove to a suitably stylish peyote worm of a chorus. So having established they can walk the walk here is them talking the talk.

So how did Fish Police come together and who brings what influences to the sound?

Charles – I first met Dean in the early 2000’s. We did a project called the Heart n Soul Youth group. Heart n Soul is a creative arts organisation who work with people with learning disabilities based in South East London. A colleague and I would run these sessions every Monday afternoon where we would do different activities with young autistic people. Then in 2006 Dean, Matt and myself started a different project called The Fish Police.

Ideas for stories come from Dean. Dean has ideas about what he wants to write about. Ideas come in the form of lyrics, loops from the computer. I interpret these ideas and shape them. After I’ve got the ideas from Dean, I’ll go away and write the songs. Matt, the guitarist, definitely brings the punk, DIY element to the sound and Andrew, the drummer, the heavy funk.

Dean – My ideas come from anything that comes to my head. Lots of things inspire me. It might be thinking about something or looking at pictures. I write about what I see and experience.

Tell us about what neurodiversity means to you.

Dean – it means that everyone has different minds and they see things differently. Like describing what a person sees from their own view of the world.

Charles – Celebrating differences and being positive, celebrating the fact that we don’t all see things the same, being really open to sharing experiences with people who don’t see the world the way you see it.

How do you go about writing songs and what part does autism play in the creative process?

Charles – Dean has a particular way of seeing the world as an autistic person. A lot of the content of the songs are very atypical of your average song, because it’s coming from a completely different angle. Typically a lot of songs are about love, our songs are not your usual subject matter. When comparing songs to songs we listen to, they don’t see the world the way that Dean does, so there is a different angle in terms of content and lyrics.

Dean – the songs are based on the way I see the world and what people do sometimes too. The idea for Cactus came from sitting in the Heart n Soul office. Fishwater was from walking on Deptford High Street and seeing the water sprayed on the fish. I heard someone say “Fishwater” and then the idea came into my head. The songs we write, they’re different, most bands don’t write about Coco Butter of Black Scissors but we do.

It’s interesting that other types of mental health issues have often been seen as a mark of authenticity in the arts world. What sort of reactions do you get?

Charles – the only reactions we get are positive and that’s based on the feedback we get from our shows. People generally get quite excited by our music, our sound and the content and lyrics of the stories and we do often get people saying our music sounds really fresh and they haven’t heard anything like it before. We’re not sure if people who come to see us are aware of the diversity of the band, they’re just into the music.

I notice you have been gigging for a while and played venues such as Tate Modern. What can America expect?

Dean – energy! It’s going to be really fun, great music and I’m looking forward to talking to the audience. I really hope we’ll have the same connection with them as in the UK, we just want them to have a great time!

Charles – they can expect a really honest account of what we do, lots of fun, playfulness, energy, great songs and some really interesting inbetween song banter by Dean.

Lastly and bear with me because there is a serious point in here somewhere. I would imagine that touring with Grace Jones raises the bar pretty high in terms of idiosyncratic behaviour.

Charles – playing with Grace & playing with The Fish Police is very different in many ways, but I really enjoy both. In the band we’re not afraid to do something different, we’re creating our own kinds of stories and sound. Grace is the same, in that she’s not interested in the norm, or following everyone else, she just wants to be herself.