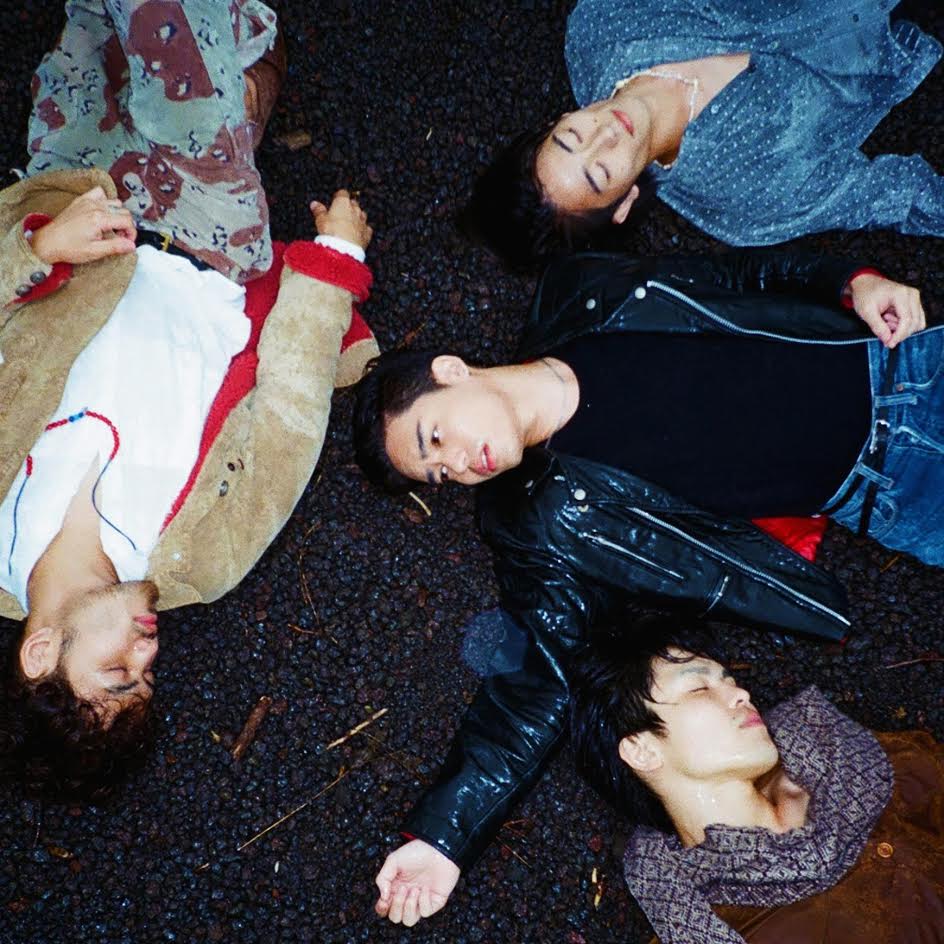 The Fin: ‘Through the Deep’ Remix EP

Hailing from the vibrant Japanese port city of Kobe, The fin chose to temporarily relocate to England’s equally bustling capital in autumn 2016 to explore the impact that life in London might bring to bear on their new material. Having signed to Lost In The Manor Records the previous year, the band’s growing renown on these shores has led to a surge of media interest and prime headline slots such as this year’s Great Escape Festival.

With Yuto Uchino (vocals and synths), Ryosuke Odagaki (guitar), Takayasu Taguchi (bass) and Kaoru Nakazawa (drums) set their sights worldwide and in 2015 embarked on a major tour of the US, which included a performance at SXSW, before signing to Lost In The Manor and releasing their debut UK EP, ‘Night Time’.

Japanese masters of shimmering ethereal pop, The fin announce exclusive remix EP, featuring versions by The Field, Ten Fé and All We Are. This month sees four adventurous reworkings of tracks from The fin.’s ocean-inspired dream-pop nugget ‘Through The Deep’. The remix EP will also served as a key component of the launch of Spotify in Japan

When All We Are toured with The fin in Japan earlier this year, the two bands became firm friends, and the love that the Liverpool trio have put into their exceptional rework of ‘Anchorless Ship’ is clear.

London’s blissful electro-indie pairing Ten Fé artfully craft their mix around the melodic synth washes of The fin’s 60-second ‘Heat’, expanding the groove via a punchy bassline set to a motorik pulse, phasing the original sine-wave oscillations and warping frontman Yuto’s vocal into an alien drawl. This singular piece of extra-terrestrial kraut-funk builds to a euphoric climax, as horn stabs and sustained harmonics add colour to an irresistible clubland vibe.

Finally, Stockholm-born, Berlin-based ambient techno producer Axel Willner, aka The Field, transcends the rapturous dream-pop of the EP’s title track with an extraordinary 12-minute canvas of electro-minimalism. A hypnotic raga for our time, ‘Through The Deep’ here becomes an unusual jewel of rich, breathy experimentalism, almost imperceptibly peaking and troughing along its mesmerising sonic path.

‘Anchorless Ship’ (All We Are Remix) starts this extraordinary remix EP with an all out 90s Acid House treatment of this lead track. It’s atmospheric,  sublime and has a definite dancability of 88 – 92 era Manchester Hacienda with a touch of John Carpenter electronic thrown in. It’s a welcome surprise that takes one on such a journey!

‘Heat’ (Ten Fe Remix) has a gentle start with specific attention given to the drums and the guitar of the original track. As the track progresses, electronica is introduced that distorts and mixes the original vocals into an ethereal feel that combined with the electronica, turns this track into something that borders on euphoric. Again, this track conjures up memories of early 90s dance floors.

‘Through The Deep’ (The Field Remix) is completely different and is much more up my street. Minimalist bleeps and blips are mixed with otherworldly sounds, vocals and effects that surround and immerse the listener. It ebbs and flows like it’s floating in space waiting for its next planetary expedition. It’s just absolutely beautiful music.

Final track ‘White Breath (Yuto Uchino Remix) immediately start with an insistent drum beat combined with guitars and a more bombastic feel to this track. Noises and ethereal vocals float across the track as progresses to and like a rollercoaster, it has its peaks and troughs that are beautifully sound tracked.

This EP is a mixed bag of remixes that add immeasurable other worldliness that take the tracks off into different stratospheres and remixes that add nothing. For me, remixes 1, 3 and 4 work the best. They take the music and vocals into completely different areas, feelings and comfort zones that all remixes need to do. All in all, it’s a great EP that improves on each listen and makes me want to listen to more The Fin.