Home Music Bands The Festive Fifty: The Dandelion Radio Years. Plus, how to have a... 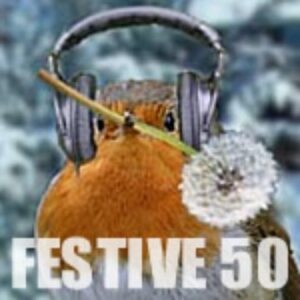 With voting for this year’s festive 50 now underway over on Dandelion Radio, said station’s Mark Whitby, also author of a book about the festive 50, fills us in on how the charts developed since “Uncle John” was so sadly taken from us.

Dandelion Radio has been the home of the Festive Fifty since 2006, following the decision by the BBC not to continue with the traditional end of year chart initiated by the legendary John Peel. As has always been the way, the station gathers votes throughout November and the chart gets its first broadcast at the ungodly hour of midnight on Xmas Eve, drawing a large audience of listeners who by and large have got too old to stay up all night to snare Santa, but still stick it out till 5am or so in order to be among the first to find out the year’s number one tune. Others will catch the chart during one of its repeat streamings during December and January.

Dandelion’s first chart in 2006 was the first festive fifty since 1982 not to feature a track from The Fall, but any thoughts that the rules of the game might have changed to exclude Mark E. Smith from his prominent position in the chart’s history have since been comprehensively dismissed. The Fall have been there in every chart since and have more appearances in the Dandelion chart than any other band, just as it was in the Peel years. In 2008, they added to their list of chart records when ’50 Year Old Man’ made them the first band to achieve three number ones.

New chart heroes have sprung up. Big hitters in the Dandelion years have included the likes of The Pains of Being Pure at Heart, Allo Darlin’ and The Lovely Eggs. The chart has also continued to recognise great bands and tunes so cruelly overlooked by the mainstream: a place in the chart for four years running for the brilliantly underrated and much-missed Isle of Man band The Chasms is just one example, a top five spot for Paul Rooney’s brilliantly under-recognised ‘Lucy Over Lancashire’ in 2007 one of many others.

Not that the Peel legends have been neglected. The Wedding Present (last year) and PJ Harvey (2011) have both enjoyed their first number ones after never managing to get past the runner’s up slot in the Peel era and returning greats like The Nightingales and Beatnik Filmstars, both of whom were mystifyingly overlooked by voters first time round, became chart heavyweights in the early Dandelion years. Last year, Fuck Buttons cemented their growing chart pedigree with two tunes in the top four, but there were also a couple of appearances for re-formed C86 originals The Wolfhounds, while Mogwai extended a festive fifty career that has spanned the late Peel and Dandelion years by also scoring a brace of entries.

Who’ll make it in this year? Have your say by voting, in time honoured fashion, for your favourite three tracks of 2014 at the station’s dedicated festive fifty page and be a part of an end of year tradition that’s now close to its fortieth birthday and still making some great noises.

And once again, get your votes in for this year’s festive fifty here: dandelionradio.com/festive50.

All words by Mark Whitby. More writing by Mark can be found at his author’s archive. Mark is one of the DJs on Dandelion Radio and can also be found on Twitter as @markwdandelion.