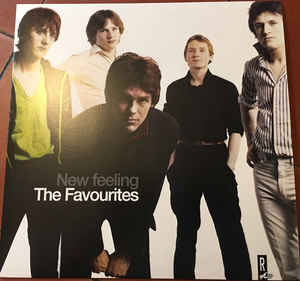 1978….the Pistols had imploded in a hail of gob and bad feeling and the cries of “Punk Is Dead” from the music press which had been growing since the previous autumn became deafening. Among the names pushed around for “the next big thing” was a loose combination of the more tuneful Punk acts and other bands that didn’t fit in anywhere else but were playing concise but noisy Pop Music. Groups like Buzzcocks and the Boys had pioneered loud and fast songs bursting with melody and emotion. Glen Matlock’s new band the Rich Kids were riding high with their eponymous single, coming on like a Punky Small Faces. People were using the phrase Power Pop for the first time in a while. Though that sound had currency in the US (where the Raspberries had enjoyed considerable success with their Who/Kinks like efforts and Greg Shaw’s Bomp Records gave voice to the more DIY element), in the UK of 1978 it was a relatively new concept.

Other bands like the Records had various members that got their start on the Pub Rock scene (Will Birch served time in the Kursaal Flyers) but updated their sound and approach in this new age. They were not quite Punk but fast and loud enough to be able to hang in that sort of company. For Plummet Airlines, a line in the sand had been drawn. Around in various forms since 1973, PA had originally made a mark in the London boozers after a move from their native Nottingham. Three years later Dave Robinson recorded them at his Hope And Anchor studio and the single “Silver Shirt” was one of the first records released on Stiff. Their work behind the scenes at the label gave the band a birds eye view of the rapidly unfolding changes that were undergoing 70s Rock. With Punk being the word on everyone’s lips the Plummets had a choice: adapt or be left behind.

What happened was a split down the middle, with singer Daryl Hunt, drummer Keith Gotheridge and guitarist Duncan Kerr electing to form a new outfit more in tune with the times. With two members of the GTs filling the gaps, the Favourites were born. Supporting many of the main players of the New Wave like Squeeze and the Only Ones, the band managed to release two singles but made very little headway on a scene that was full to brimming with similar groups.

Finally the Favourites studio recordings have been released by Reckless Records as New Feeling, which is what we could have reasonably expected their debut album would have sounded like. They’re not the most timid of New Wavers, indeed at times they sound as tough as, say, Chelsea’s offerings in the same timeframe. It’s not beyond the bounds of possibility that their unique re-positioning of Abba’s “S.O.S.” (recorded at the legendary Spaceward Studios in Cambridge) could, with a bit of luck, have been a freak hit like Tonight’s “Drummer Man”. Also, with the Mod Revival just around the corner, perhaps there was a chance they would get swept along with that (Favourite Shoes would have been their best shot in that area with regard to sound and subject matter).

As it was only this single and a follow up (a recording of the Wasps’ Angelica complete with a Blondie-spoofing sleeve) saw they light of day and soon after the band split, with the Nottingham based contingent not willing to move to London in search of fame. The ex-Plummet Airlines members briefly regroup in 1980 for a few gigs as the Favourites and some recording too. Perfect Partners, with a hint of the Rich Kids Marching Men single and a nod towards Post Punk, is an addition from that time and a decent one too.

Unfortunately the Favourites had a fairly low profile throughout their existence and allied to a not particularly strong image, meant that most people bypassed them. Yet they did come up with some good stuff. Their skills with harmony vocals are married cannily to clashing guitars on I See You and One Of Those Dreams has one catchy vocal line and riff. Alone In The Darkness comes out of the traps at a fair old lick but pride of place for me goes to the pile-driving title track, which brings together their tough instrumentation and knack for a good tune together in fine style.

Though the Favourites never made the break into the big time, one can imagine on a balmy late 70s summer evening them bashing out their set of lovelorn anthems in a small club to an ecstatic, sweat-soaked crowd. There they must have sounded like the only band that mattered for that one moment. New Feeling gives you a little of that feeling, that never-ending high of late-70s Power Pop captured, with songs of love, hope and regret bashed out with urgency and vigour. The Favourites may never have conquered the charts, but even at this late stage, can they conquer your heart?