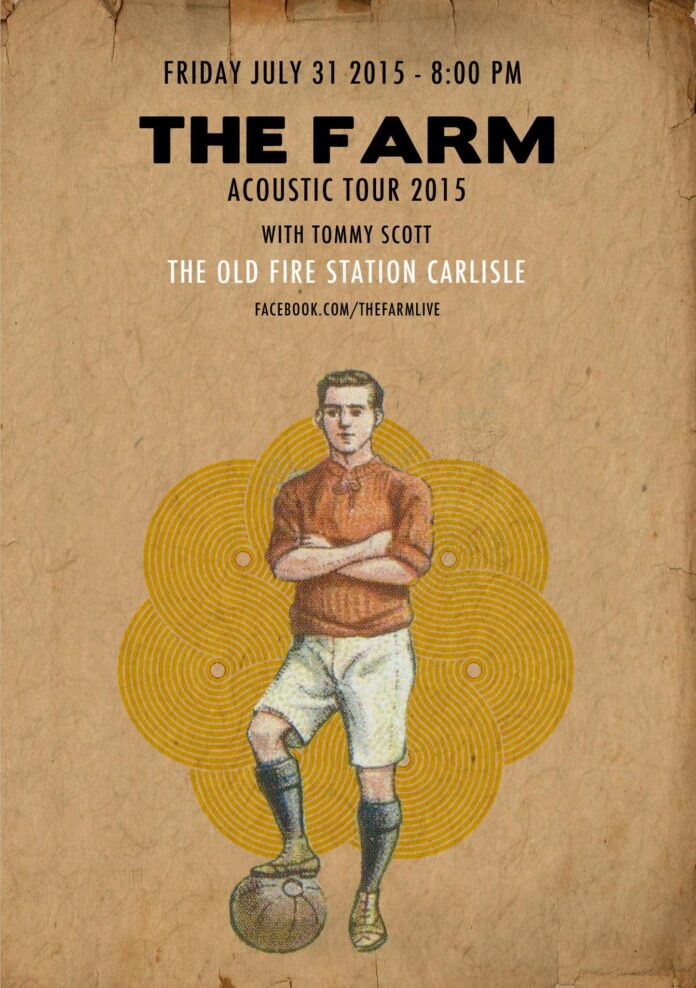 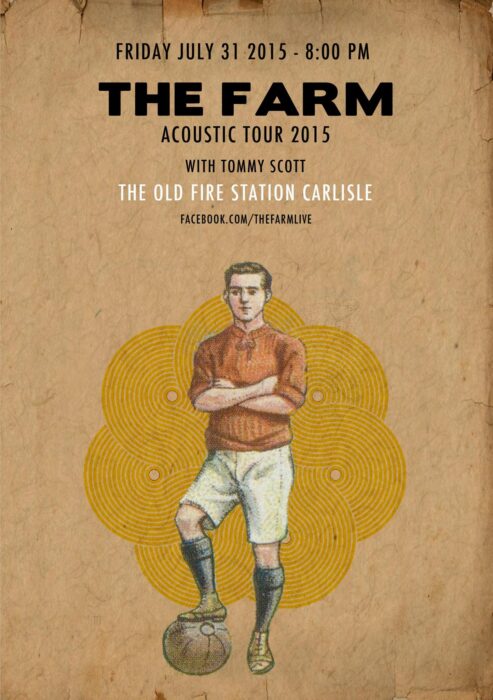 A Look at Liverpool’s favorites The Farm – Acoustic set up

Liverpool favorites The Farm, in recent years have established themselves as regulars at summer festivals, impromptu appearances in local saloons, played surprise charity events for football fans and in 2011-2012 performed as part of the Justice Tonight Band. The Farm, with Mick Jones & Pete Wylie pulled together some prominent artists and bands for that tour, including 4 performances with The Stone Roses, climaxing in 2012 as part of the Justice Collective, who’s single He Ain’t Heavy, He’s My Brother, got to Number One in the UK Official Christmas Chart.

The Farm have come through the madness that is “rock n roll” moderately unscathed and always seem to be busy doing something, the band individually all have other careers a life beyond the music industry, they wore it like a suit then changed it when they’d had enough. The band collectively often use their music as a voice for others, NHS rally Manchester, People’s Assembly London even playing the Tony Benn tribute organized by The People’s Assembly & Brian Eno.

They always seem to be quietly getting on with it, no dramas and no nonsense however politically vociferous on social media, a throwback to the days of content over pretense, a band not a brand, they’ve been mates for 30 years so I can imagine there’ve pretty much gone through all there is to go through as friends, the good and the bad.

In 2015 The Farm have started doing the acoustic circuit, apparently another happy accident, according to Peter Hooton “a consequence of impromptu performances at anti austerity demos. We recently played with Billy Bragg in Manchester at the anti-austerity concert, Billy dubbed The Farm a folk band due the social commentary in the lyrics, we’re not a folk band but it was a nice comment from a legend like Billy”.

In 2014 Alan Mcgee asked The Farm to play his new venue in Talgarth Wales a derelict Baptist church, Alan and his wife Kate Holmes fell in love with the derelict chapel and bought it for £40g. The band performed acoustically, Alan dubbed the gig one of his top 10 gigs of all-time, so we asked him for his top 10, when you look through the list, it’s some accolade from the Svengali Alan Mcgee https://louderthanwar.com/alan-mcgee-says-the-farm-at-his-new-venue-in-wales-is-in-his-top-10-all-time-gigs-here-is-the-full-list/

So The Farm Acoustic shows are worth checking out, as after all these years The Farm still impress upon some notable characters

The Farm are set to play