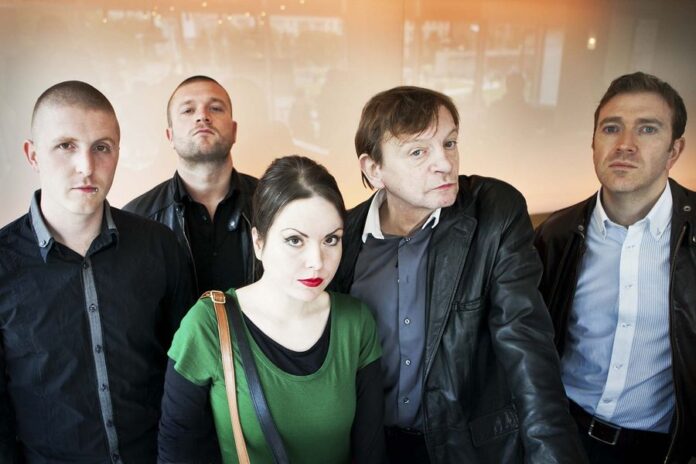 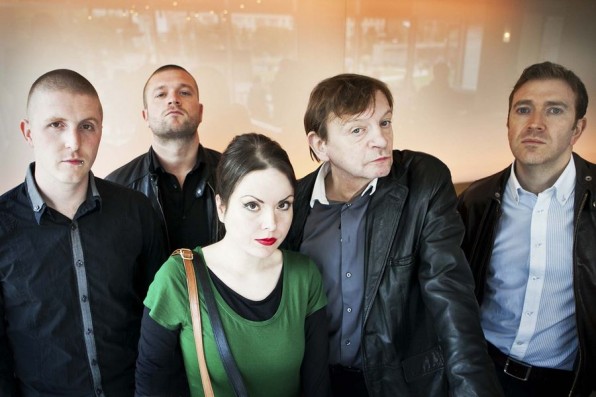 Everyone from THAT generation has now had their rock n roll knighthood- the formerly dangerous have been eulogised and turned into saints and that’s no bad thing. From Nick Cave set in celluloid to other former noiseniks brought into the fold they are all respectable these days.

Meanwhile, out there despite being eulogised in endless good reviews exists Mark Smith- a man who will never get to do a Southbank week or allow himself to be Guardianised and annually remerges from the gloom and the fug with the hardest working band in showbizness-  another bunch of white shirted droogs grinding away at the Fall sound as a new album appears on the hornzon, another instalment in the ramshackle diaries of Mark Smith.

The curious case of the Fall is you’re standing in a room engrossed in their maelstrom and everyone keeps coming up and telling you totally different opinions on the band. Some say this is the best Fall show ever, some it’s not so good this time, some say they were better in Chelsea over the summer and some people say that Chelsea wasn’t that good.

I guess thats the way Smith likes it. Confusion keeps you alive and the band, when they finally hit the Fall groove are magical.

Tonight the bongo playing granny is not on the stage but the current Fall line up with a couple of tweeks since the last time we checked in is playing to a packed venue and it’s loud. The first two songs are lost to a murky mix that even Smith seems to notice as he rants at the person doing the sound with a switchblade Salford sneer. It does the trick and the bass appears out of the murk and the key instrument in the Fall suddenly has its place as the snappiest of spines and the whole Fall sound, er, falls into place in third song Cowboy George before really hitting the perfect crank for Bury.

The bass finally has the Hanley crackle, even if its played with fingers and when it moves to the near top of the mix suddenly a lot of space appears in the Fall sound and the band click into that groove-the famous Fall groove.

White Lightening is a best ever tonight and is jammed out for ten minutes- pure pyscho rockabilly madness, a garageband shuffle with a chemical madness. Clearly no-one knows when to end the song and the band make an art of walking the tightrope of sonic danger adding a superb tension to the song as they clatter brilliantly towards the undecided climax as Smith snarls and cackles over the top. It’s moments like this when the Fall are at their best, lost in their own innate madness- a looseness and a daredevil fuck you attitude that is unmatched in modern music with its click track perfection and willing to please fixed grins.

They are last survivors from a now ancient time when it was about the moment and a warts n’all approach to music and when it takes off, it really takes off. The two drummer Fall always sounded great, harking back to the Glitter Band/Adam And The Ants rumble in the jungle. Scene vet Darren, who once promoted my band the Membranes at his school when he was 14 years old way in the eighties before drumming in the Nightingales) looks like the happiest man on the planet to finally graduate to the Fall and his sweatshod assault defies Smith moving his kit around and adds a raw power to the Fall sound. Pete is a great guitar player and his twanging flourishes are key in the current Fall as he stands stoic in the surrounding madness counterfoiling Eleni’s keyboard stabs.

I’ve Been Duped sounds great- classic Fall pop with Eleni on vocals and Darren busting a gut jamming along as the song hooks around that catchy line. The set grinds past, defiant and loudly liberating- Remainderer, Hittite man, Wolf kidult Man punctuated the set with the band clicking like cogs in a tight machine.

The new songs sounded great as, in classic Fall style, they were getting knocked into shape in the live arena with what I think was called Dedication, being the stand out already – all hinting towards a good new album on Cherry Red soon.