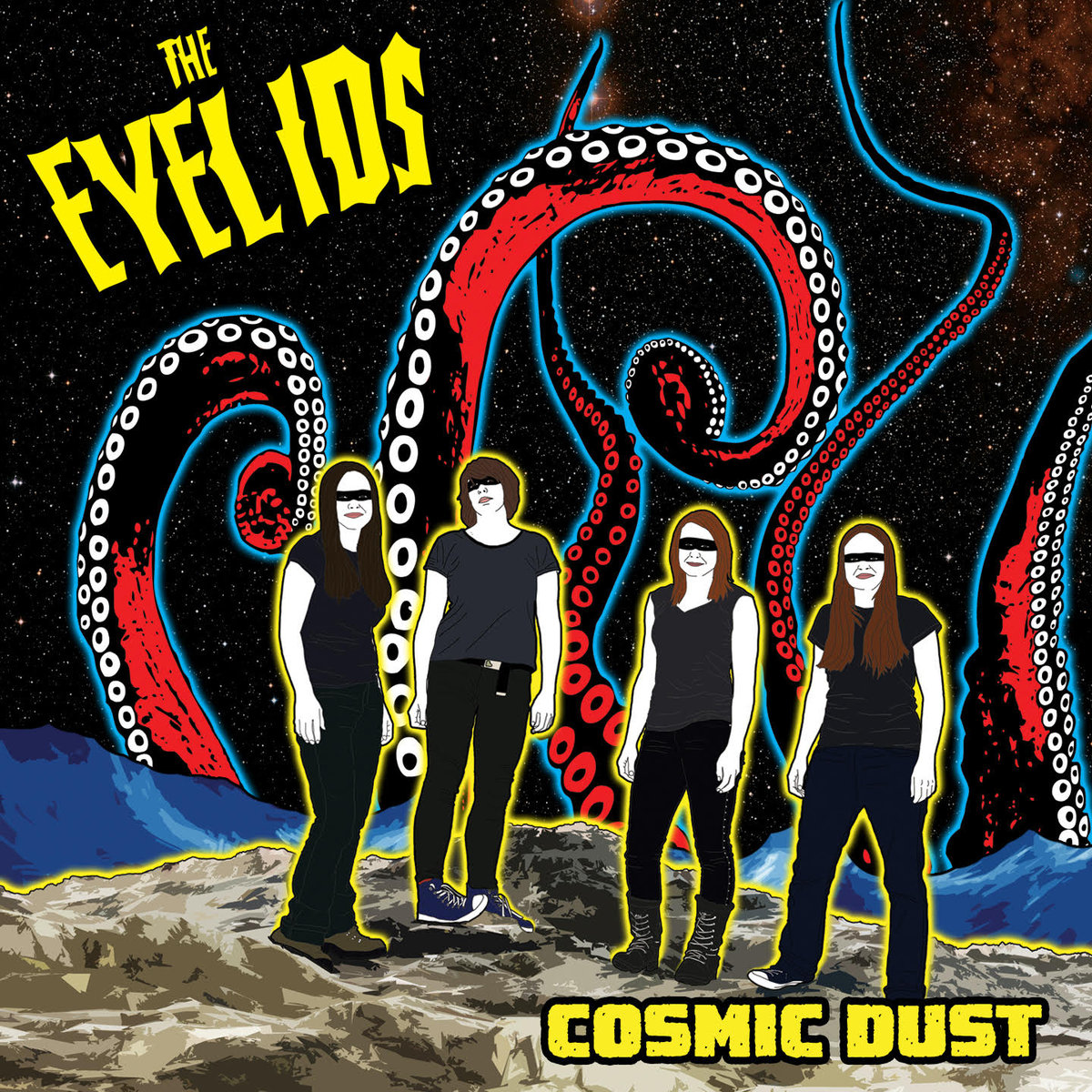 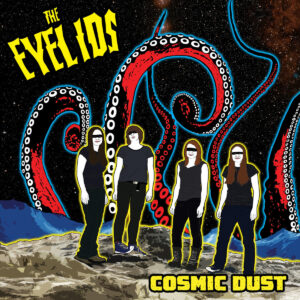 Over the past few years there has been a garage punk roots rock renaissance coming out of Cornwall that is reminiscent of spontaneous music movements of many years gone by. Cornwall, if you’re a music fan, is clearly a great place to be at the moment. One of the leading luminaries of this movement are The Eyelids, who have just released their second album.

The Eyelids are a four piece with the Fowler twins of Louise on upright bass and Michelle on drums, Sharon Mitchell on guitar and Kelly Green on vocals. They combine the psychobilly of the Cramps, the attitude of the Slits, the garage punk of the Seeds and the salty sea air goodness of Cornwall. The album artwork is a classic 60s garage-psych pastiche, with our heroes standing on a mysterious planet’s rugged coastline with some swirling sea monster tentacles behind them. The album delivers exactly what the cover shows. The Eyelids have a great rhythm section, which all good psychobilly bands need, and the double bass gives it that hard thumping sound and which gives license to let the guitar run raged and crazy. The vocals come across as a cross between a nicely spoken Charthouse girl and the spitting fire of a hellcat.

The album opens with Cosmic Dust which has a heavy rockabilly riff and a surfing fuzz guitar solo. We Always Want More is a bar room guitar boogie sliced up with American rockabilly. It’s racing down the highway to the next bar, the next one-night romance. Things slow down a bit on All Roads Lead To Hell. There is a heavy beat rumbling away with scatter gun guitar spitting across the rhythm. Things get very pirate-a-billy on Custom Of The Sea, a great jaunty sing-along-a-shanty. Go Johnny Go has a classic rockabilly guitar intro. It’s a great rocker that reminds me of Vince Taylor’s Brand New Cadillac. There’s a touch of The Meteors on You Can’t Lie To Me. It’s all jerky guitar and rumbling bass. There’s a bit of gothabilly on Vampire and a sleazy swamp style on Your Own Worst Enemy that shows they aren’t just a one trick pony. The standout track on the album is Louise. This is classic rockabilly and sounds so authentic that I had to check it actually was The Eyelids who wrote it. The drums and the bass are in pounding rhythm heaven and the guitar is like a rattlesnake twisting and turning, whilst the vocals drip with desire.

The Eyelids take a classic form and give it a modern edge, keeping the sizzling flame of rockabilly alive for a new generation. Check ‘em out!