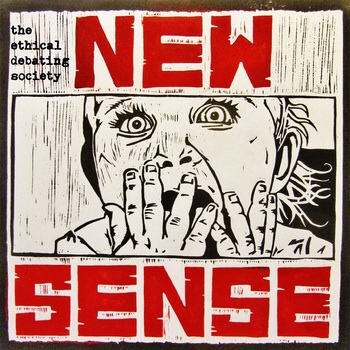 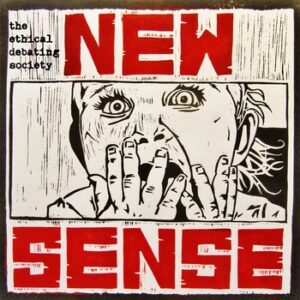 The first gig Everett True of www.Collapsedboard.com then Melody Maker Lives Editor, sent me to was to review a John Peel favourite, a US/UK outfit called UT, (1989). The band produced a rumbling, melting indie-punk, often likened to Velvet Underground, and Nina Canal, Jacqui Ham, and Sally Young changed instruments all the time. This meant that every time the last song got to you emotionally, when audience and artists were linked, they broke the bond, in a very Brechtian way. (Male colleagues meantime focused on the wailing and whooping, how primal and emotional they were, of course.)

The current indie underground scene, in every city, hopefully every town, kinda reminds me of the changing instruments thing, only now it’s change bands. In London you could say Trash Kit, of whom its members belong to multiple bands, is the mother ship, and if you want to be really silly, She is living at Power Lunches, pulsating, changing the world by making constant ripples of Just Do Its. This is a glorious thing – majority women artists, in a community, yet individually and safely moving and shaping the creative creature they aim to be. The Tuts, who are in Kate Nash’s gang, also include a Colour Me Wednesday; Desperate Journalist include a Joanne Joanne. It should happen anyway, like everyone should write poetry now and again, and it only is because of Hannah Nannah (Bikini Kill), bands like UT, Throwing Muses, My Bloody Valentine, Babes In Toyland, Breeders (from which Josephine Wiggs came from UK’s Perfect Disaster), Huggy Bear, Linus – of course all that Riot Grrrl STUFF – that it does happen. However, in amongst all this freedom and joy there is serious intent and some of these bands will now have to totally focus because they are about to blow a wider audiences mind, (see above), also Skinny Girl Diet and The Ethical Debating Society, fondly called TEDs by their fans, faithful since 2009.

Within 1,2, 3, 4, 5 seconds of the TEDs cleverly titled, New Sense, debut album, it’s clear why everyone adores Tegan, driving force and co singer-songwriter of TEDs. They want a piece of that pure fire, conviction, positivity, anger – because it’s an artful, beautiful thing being able to communicate all that in the one song. (And if you think you can mess with such an open hearted talent go-to ‘Kill You Last’ and ‘Razor Party’ first, or ‘Disasters I’ve Known And Loved’, and take it as a warning.)

New Sense shows no fear. Tegan takes a calming breathe, says “OK”, there’s a tinkling on a guitar, and it’s Creosote. “You won’t find it here!” bawls Tegan, echoed by Mar K. Now I remember that feeling: everything matters.

It’s proving obvious that every song deserves a mention. No fillers here. They waited. They have grown into these tracks, laid them bare, built them back up again, (and maybe also influenced by the arrival of new permanent drummer, Eli . ) They are even angry at the songs by now. Despite the fury, jumpy beats, thrashing rhythms, there is always a velvelty, wanton guitar swell on which to cling. New Sense is no ordinary debut, it’s a coming out thing.