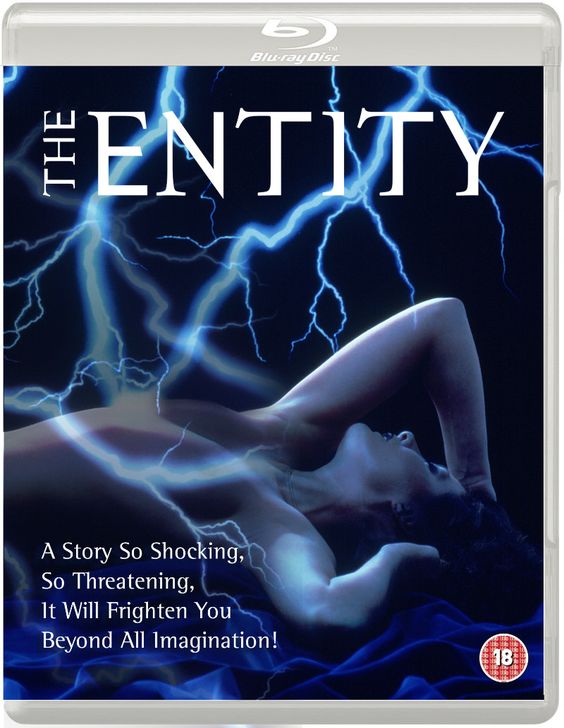 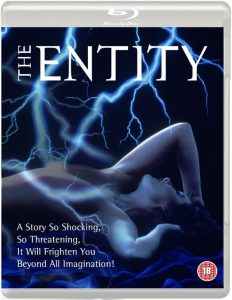 Jamie Havlin takes a look at a ground-breaking horror movie from the early 1980s that Martin Scorsese named as one of the scariest films of all time.

Inspired as the end credits inform us, by ‘a true incident that took place in Los Angeles, California, in October 1976′, The Entity tells the story of Carla Moran (Barbara Hershey), a single mother with a teenage son and two younger daughters who is training to become a typist.

So far, so ordinary. Until one night she returns home and appears to be attacked by an unseen force.

Later that evening while reading a paperback, the jewellery on her bedroom table starts to rattle and her mirror shakes. She flees the room, taking her children with her to the house of friend Cindy (Margaret Blye).

The attacks continue and, of course, when she dares to tell people her version of events, her claims are met with varying levels of scepticism even from people who obviously like her such as psychiatrist Dr. Sneiderman (Ron Silver), who suggests that she undergo therapy.

Various theories are aired. Could this be a manifestation of hysteria connected to a childhood sexual trauma? A figment of her imagination? Is she just faking it? Or could a supernatural force really be behind the unremitting assaults she claims to be suffering?

Eventually she meets with a group of university based parapsychologists who invite her to take part in a possibly dangerous experiment that they believe might finally help end her harrowing ordeal.

Sidney J. Furie is an interesting director with a varied CV that includes everything from The Young Ones (1961) to Superman IV: The Quest for Peace (1987). The Entity is a rare horror outing in his oeuvre although he prefers to call it a ‘supernatural suspense movie’.

He certainly does a very credible job here creating and maintaining tension throughout even if, like me, you aren’t an avid reader of the Fortean Times or even very interested in the paranormal.

Barbara Hershey excels in the lead role and Charles Bernstein’s hammering score is unnerving and underlines her dread brilliantly, almost like an industrial take on Psycho.

I really enjoyed seeing the film for the first time in a long while even if, unlike Martin Scorsese, I wouldn’t class it as it as one of the scariest ever made.

Extras include optional English subtitles for the deaf and hard-of-hearing and a trailer.

For more on the film check here.