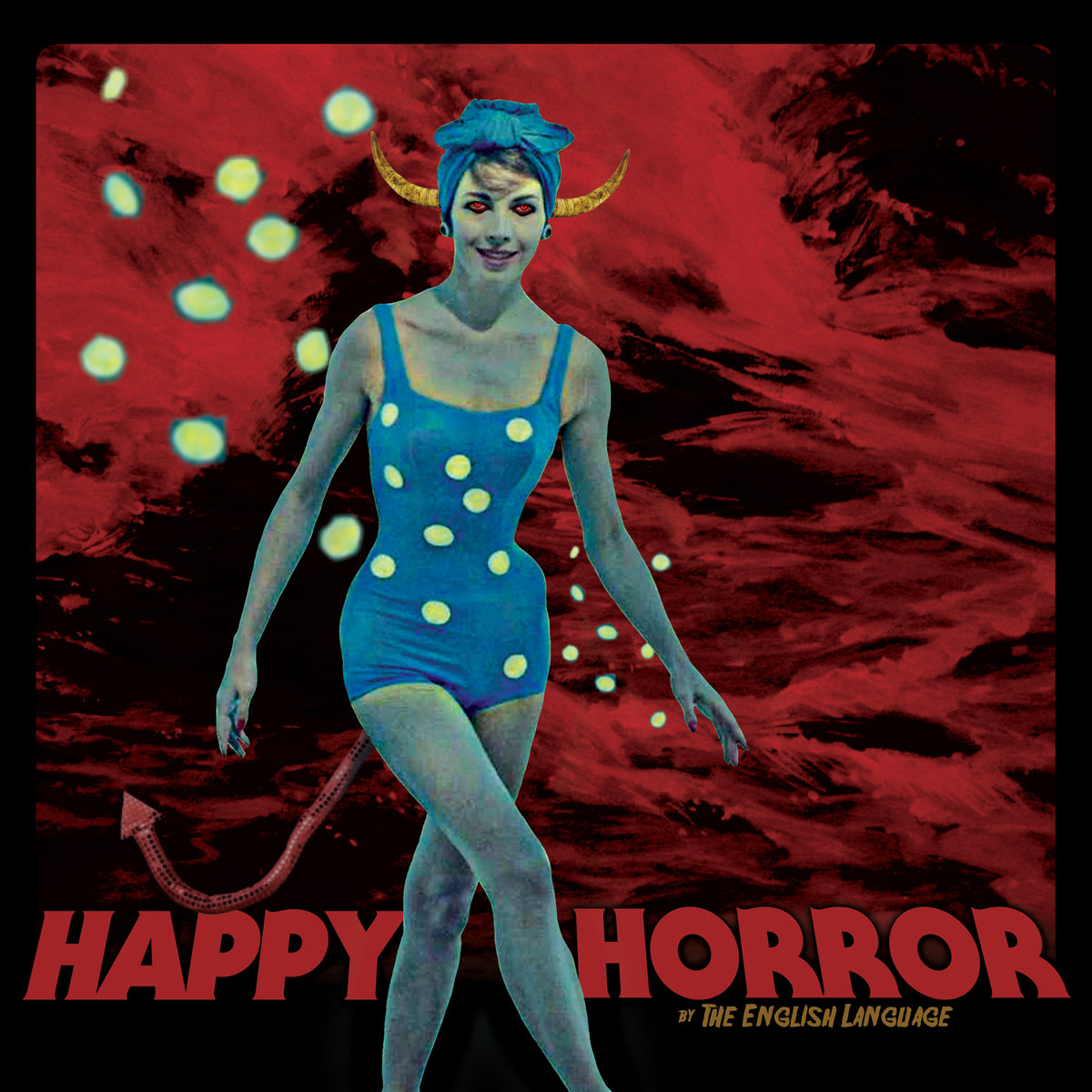 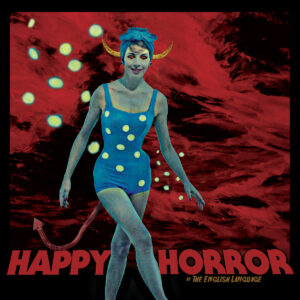 Via the wonders of Twitter, The English Language reached out across the ether and the oceans and asked if I’d be interested in reviewing their album. With mention of The Seeds and Roky Erikson in their blurb, how could I resist? I’m glad I didn’t. This, their third release (the other two were proper DIY and pretty hard to come by), is a quite stunning collection of psychedelic pop and weird-out rock and deserves to be heard by the world. Well, at the very least, the psych world. It was originally out in 2015 on a limited, self- released tape and CD run. Thankfully, K Records have had the sense to give Happy Horror a proper vinyl release and if you’re a fan of Ty Segall, the aforementioned Seeds, The Chocolate Watchband and the later-60’s-era trippy Beatles and Stones, this will most definitely tickle your tastebuds.

They’re no slouches, either, The English Language. Touring the length and breadth of the west coast in support of the album has won them many new friends and admirers on the airwaves as well as a couple of big screen cameos; (they’re on the soundtrack of WW2 movie “Deadly Souvenirs” as well as their distinctive tour bus appearing in TV series Portlandia). They’ve a fair old following, too.

“Sister Satan” has a nagging melodic similarity to Bowie’s “Sorrow” from Pin-Ups but I suspect that’s intentional. It’s less frenetic than the opener and has some neat surf guitar flourishes and baroque time changes.

“X Ray Glasses” has a real authentic 60’s pop feel and Langlois is clearly enjoying himself mining the “Lennon in The Star Club, Hamburg” vibe. The handclaps and rollicking guitar figure add a classy touch and a nod and wink to his influences. “I’ll Get You High” begins with a chiming vibrato guitar, that effervescent voice and whispering brushed snare drum. The Beatles feel is added to as gentle keys and delicate cymbals enter the fray before a series of freak-out breakdowns and sped-up sections lead the song to a quite crazed, Alice -In Wonderland-style conclusion.

“Behind The Times” is another more restrained track with layers of intrigue woven through. With a Bossa-Nova style beat, the overlapping vocals and sparkling guitars are simply enchanting. With melodic changes cascading and falling around the lyrics, it’s clever and nimble. The English Language have a way with a melody that at times seems simple and straightforward before throwing a curveball that makes you go “Wait, what?”

“Everybody Loves You Baby” brings the fuzz along with the choruses and is probably the most “modern” thing herein; it’s got the righteous clang-punk of Subway Sect or The Velvets mangled up with the 13th Floor Elevators brand of  snarling psych rock but at the same time sounds pretty contemporary if that makes the slightest bit of sense. What I’m trying to say is that lots of current indie rock bands would die for a sound (and a song) like this. “Sunshine On Chrome” which appears in the aforementioned “Deadly Souvenirs” is a Ray Davies style walk through the sometimes bleak world of Langlois and is achingly breath-taking.

The English Language can be found on Facebook and Bandcamp.