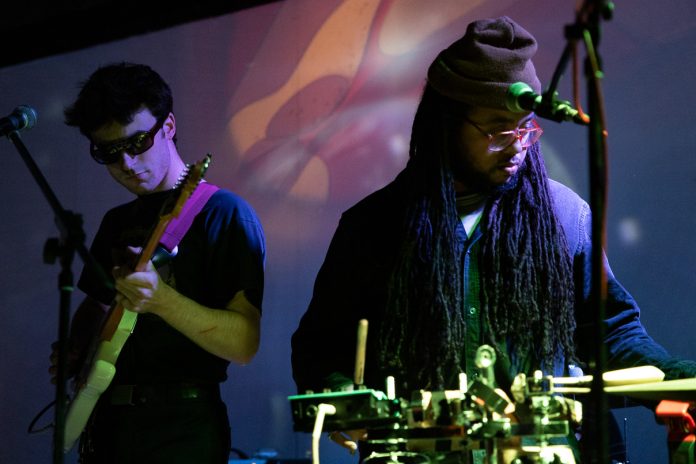 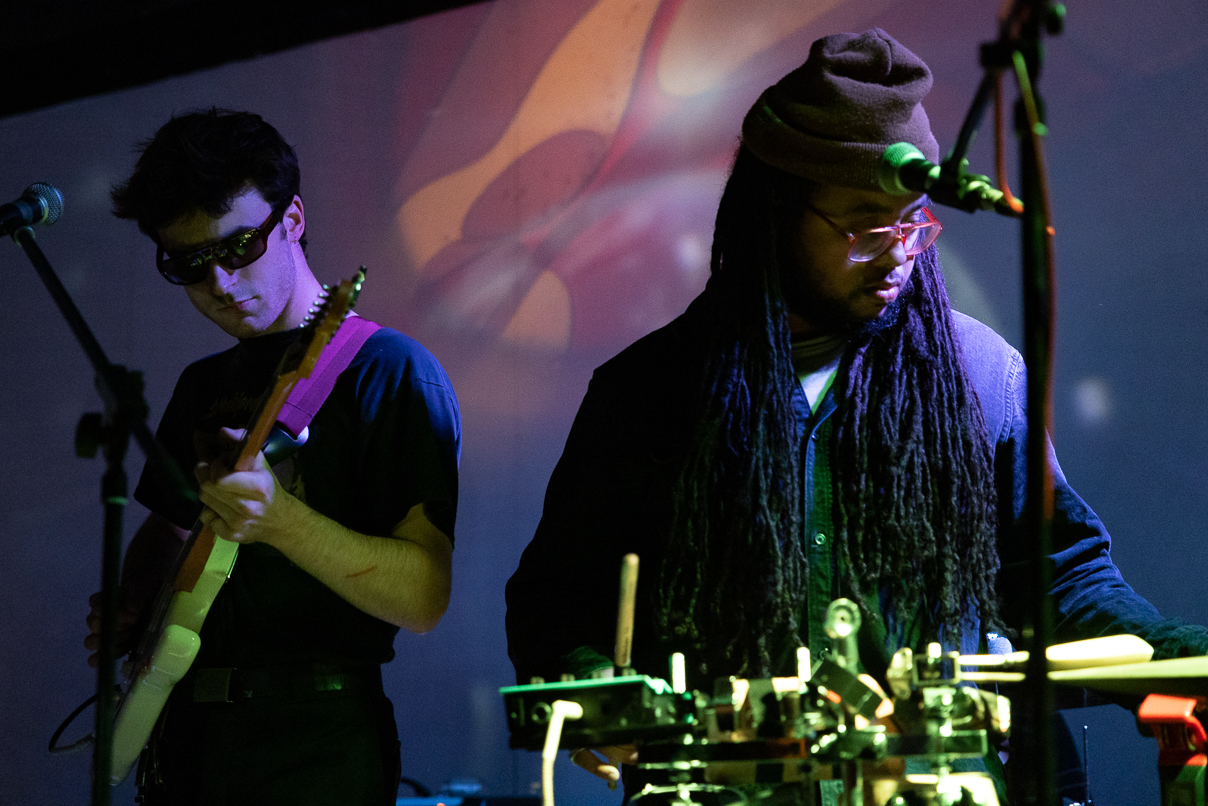 Andy Brown heads to The Kirkgate Centre in Shipley, Bradford to catch Beige Banquet, Obey Cobra and Nape Neck at The Endless Hum. He shares his thoughts for Louder Than War.

There’s something endearingly unassuming about The Kirkgate Centre, the community and social action centre that serves as the venue for The Endless Hum. The building itself looks like a quaint village church and is perhaps the last place you would expect to find a new bi-monthly night of live underground music. Yet those lucky enough to frequent The Golden Cabinet, the previous night of experimental music once held at the centre, know that appearances can be deceptive. Curated by five music-obsessed promotors, artists and musicians; tonight’s sold-out show features the talents of Beige Banquet, Obey Cobra and Nape Neck.

I arrive during soundcheck and there is a tangible sense of excitement and first-night jitters in the air. Everyone has worked hard to get the night started and finally The Endless Hum is being born right before our eyes. The glitter ball and village hall interior make it feel a little like a school disco, with noise-rock, post-punk and psychedelia replacing the usual chart hits and social awkwardness. There’s a distinctly DIY aesthetic to the night that oozes charm by the bucketload. I mean, you can even screen print your own copy of tonight’s gig poster as a personalised souvenir. 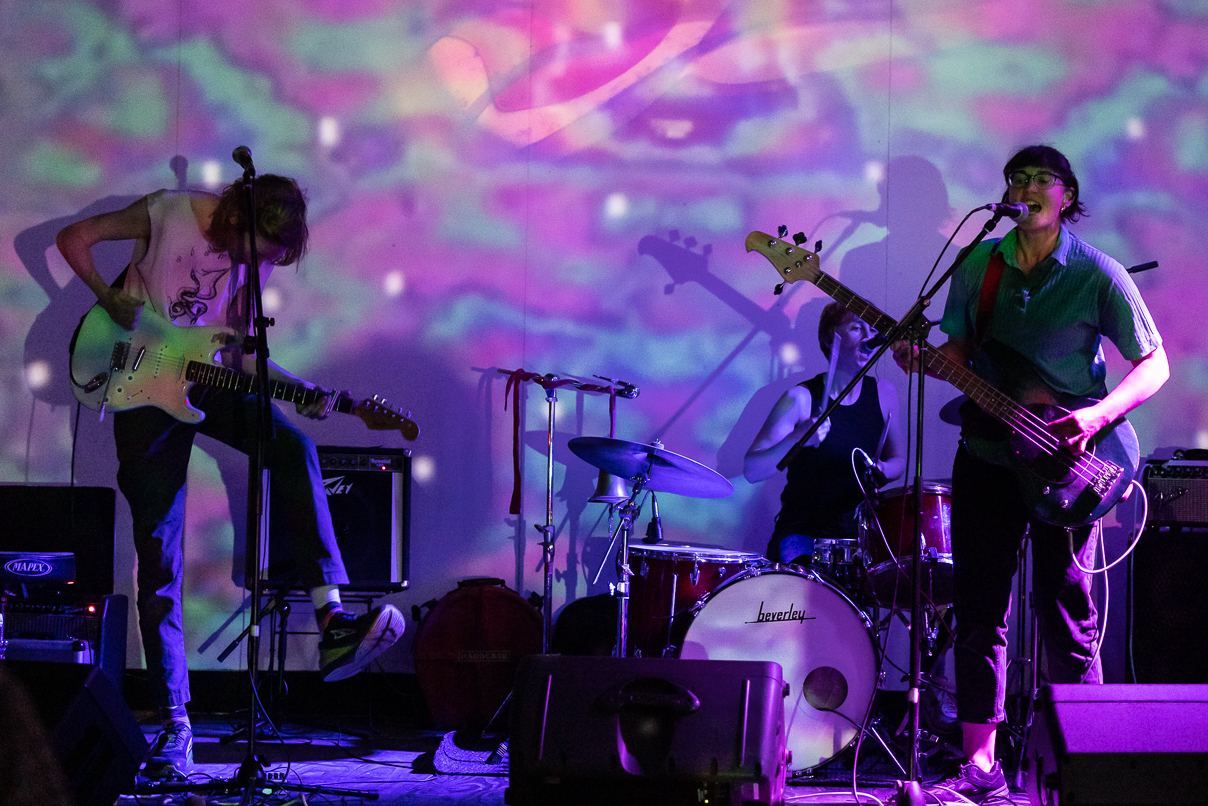 A sound akin to a chainsaw being revved up lets us know that Nape Neck are about to kick things off. The Leeds-based three-piece play noisy post-punk instilled with a tightly-knit yet thrillingly chaotic spirit. Guitarist Bobby Glew yelps as he lays into his instrument while bassist Claire Adams fills every note with a near-frantic sense of momentum. Drummer Kathy Grey gives every song the inventive and unpredictable rhythm that they deserve. It is, to these ears, absolutely joyous.

The three musicians are a blistering blur of flailing limbs and jerky, irregular grooves. Glew approaches his guitar from every conceivable angle, wrenching an admirable amount of noise from the strings using a slide and a spoon. There’s no “frontman” in Nape Neck as they all sing, sometimes separately and sometimes all together. The superbly shouty harmonies lead my friend to describe them as a noise-rock incarnation of the Cocteau Twins. Nape Neck are the kind of band that makes you want to form a band, make your own t-shirts and hit the road in the back of a dilapidated van. 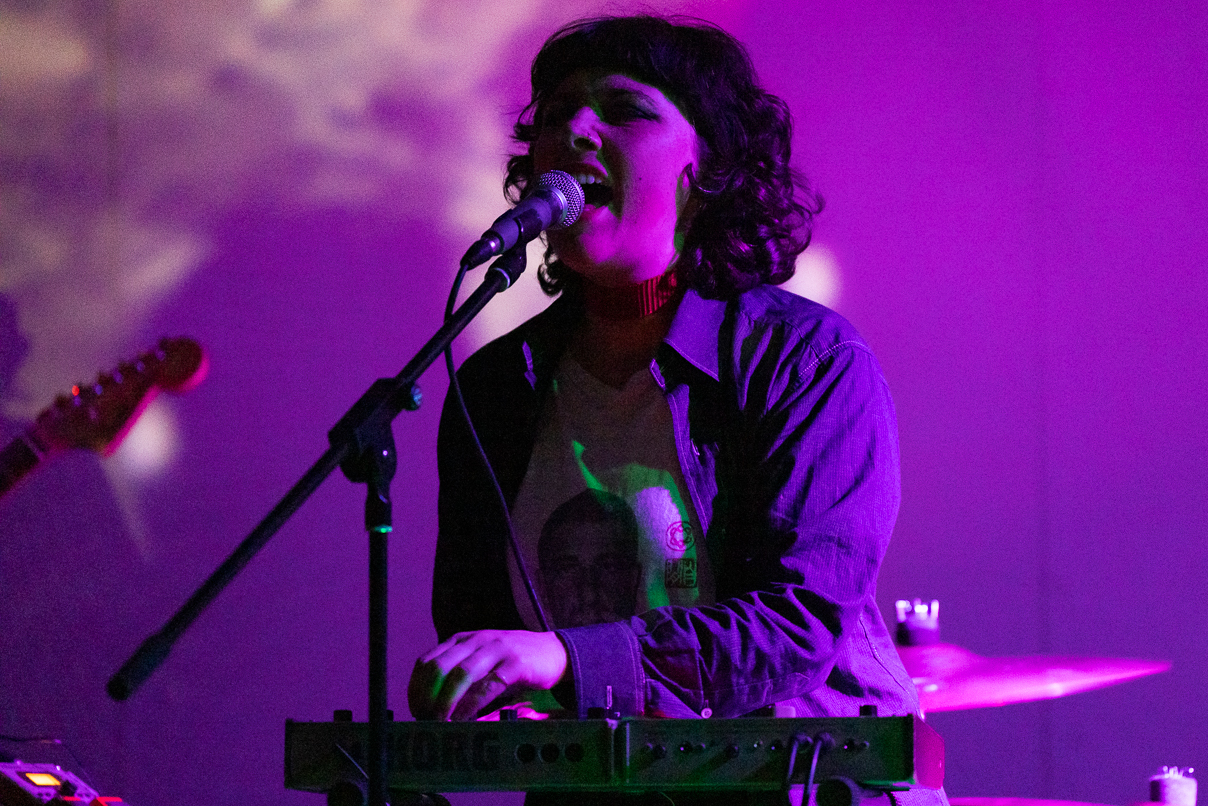 A smattering of electronica is suddenly overwhelmed by a thunderstorm of drums, guitar and bass as Obey Cobra strike. The Cardiff-based outfit plays a satisfyingly intense kind of psychedelia that isn’t averse to taking an unexpectedly heavy turn. K Wood delivers the songs with cool, almost austere vocals as the music starts to shake the floor under my feet. Man, I’ve really missed standing in the tiny, 100-capacity Kirkgate Centre, fully immersed in sound. Good job they don’t have any neighbours though.

Soon we’re plunged into a wave of strange, psychedelic sludge that feels like wading through a nightmare. In a good way, that is. Obey Cobra are well and truly in their element as a guy near me starts dancing and I find myself swaying along to the band’s slightly ominous groove. The heavier elements are exactly what I needed to hear tonight while the more driving, hypnotic tracks successfully summon the spirit of fellow sonic cosmonauts, Moon Duo. There’s a real sense of release as Wood finally lets rip, the once calm vocals morphing into a cathartic yell. “That was Grade A music!” comes a cry from the crowd. I’m inclined to agree. 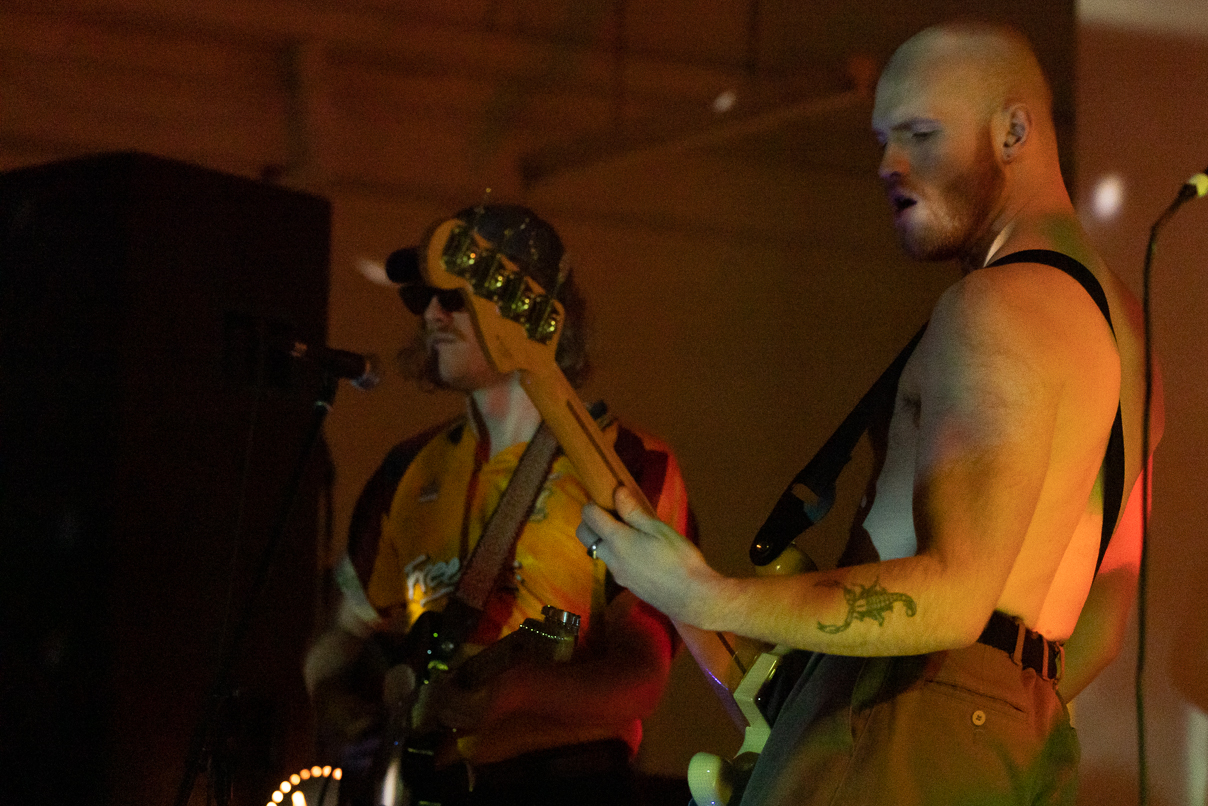 What exactly is a Beige Banquet? I’m picturing a banquet comprised solely of food bought from a tiny, inadequately stocked corner shop or the little supermarket you find in the forecourt of a petrol station. Tasty at 2 o’clock in the morning but not very nourishing. Thankfully, the band provide a much more satisfying sonic feast. Beige Banquet are a formidable, London-based 5-piece; a real art-punk force-of-nature. There’s something about the band’s appearance, from their punk-spirited, topless bassist to the guitarist’s immovable sunglasses that has me picturing them as one of those mid-episode bands on The Young Ones. Iconic, exaggerated and a lot of fun.

The set kicks off with a manic, propulsive rhythm and doesn’t let up. The music has a Devo-like appreciation for the sharp, angular and energetic while the vocals, although buried under a substantial wall of sound, bring David Byrne to mind. Having said this, the band takes these influences in a heavier and far more sprawling direction. The set rattles along at an impressive pace; the bassist furiously nodding along to every explosive minute. The driving drums, twin guitars and relentless bass are accompanied by lashings of cowbell and percussion. A totally wired, weird and thoroughly addictive set. A great way to finish a resoundingly triumphant first night at The Endless Hum.

Buy a ticket for the next Endless Hum HERE.