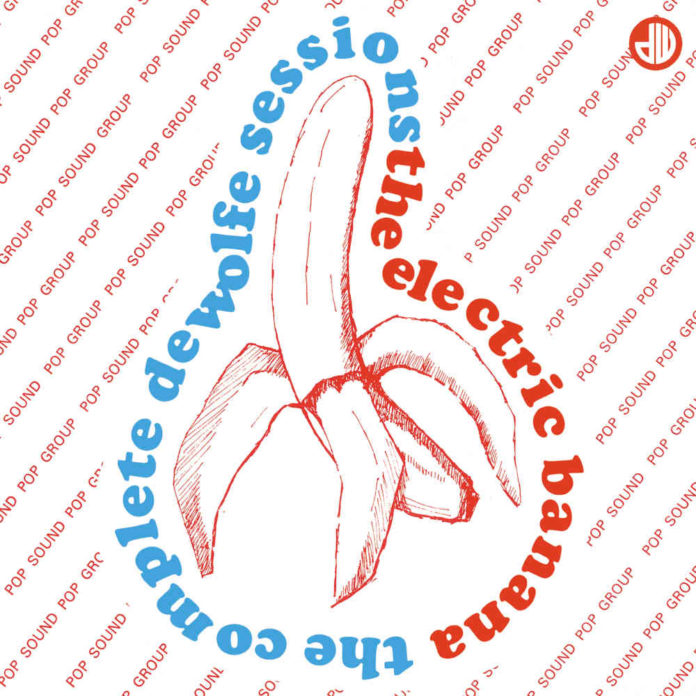 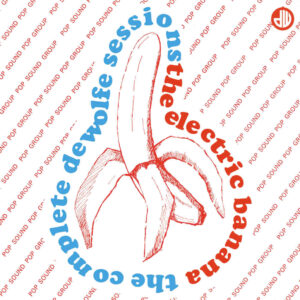 Recordings made by the Pretty Things from 1967 to 1977 under the Electric Banana pseudonym mainly intended for TV/film use, including music for the Norman Wisdom “swinging Southport” movie What’s Good For The Goose…LTW’s Ian Canty finds the man who invented the Pogo (Mr Grimsdale!), along with cameos from Jack Regan, George A. Romero and Arthur Daley………….

The Pretty Things were incredible. Just one piece of evidenced to prove this statement is that around the same time as they recorded the brilliant S.F. Sorrow LP, they also managed to come up with a high quality album of library music for De Wolfe Music (who specialised in that area). The first album in this new collection, under the guise the Electric Banana, was another way for the band to earn a crust as the chart hits dried up and things at their record label Fontana reached an impasse. Not that this state of affairs should have been necessary given the band’s undoubted talent, but I can’t really get away from the fact I’m glad they did because otherwise we wouldn’t have had this great music to enjoy, alongside their “official” material.

The reason why the Pretty Things became in demand to provide music for use in films and TV was to do with changing trends in the 60s. The existing combos were ok for mood music, but not really home with say, providing freaky pop music for party/dance sequences. This kind of scene had become something of fixture in “Swinging London” flicks, but the middle-aged, Woodbine-puffing jazzers that made up the library session mob couldn’t really pull off that kind of thing convincingly.

The Things could virtually do that in their sleep. Now you might be thinking that’s exactly what they did do, but really they just had too much about them to do anything below par, even in the reduced circumstances of a TV session studio. It might be that the more relaxed atmosphere helped and the newly christened Electric Banana set off on a secondary career, supplying fitting incidental music for TV and films over the course of a decade.

The first, self-titled Electric Banana album of 1967 came in the form of a 10″ inch mini-album. It follows the same basic template that all their LPs would: the topside would be vocal versions, the flip instrumentals of the same songs. Thus it was perfect if programme makers wanted to lift a bit of music to soundtrack a certain scene, with or without vocals. We know we’re not listening to anything second rate here from the outset, with Phil May on top form on the semi-acoustic stomp of Walking Down The Street and the sad horn-driven flow of If I Needed Somebody. Free Love has some neat psych guitarwork and Danger Signs is great too, it’s nice to hear Phil on a real soul tune. Cause I’m A Man, a sarky effort with a little bit of the Things’ Midnight To Six about it, later appeared in the George A. Romero classic chiller Dawn Of The Dead.

After the five vocal cuts come the instrumental versions in the same order. These do tend to stress a little the rudimentary methods of recording used, presumably because time was of the essence and money tight. The basic set-up was guitar/bass/drums with some brass and strings grafted on where necessary, with not much in the way of overdubs etc. But this rather time and money-constrained process does not hinder enjoyment, the simple studio methods actually work in the material’s favour, leaving them simply constructed but very pleasing.

Next came the More Electric Banana, only months later in early 1968. The band had really got the bit between their teeth now, whether playing snotty freakbeat like on Street Girl (with Wally Waller on vocals), or the bass-led psychedelia of I See You, or jaunty beat pop in I Love You. Some of this music made its way into a couple of horror films and the Banana were on the up.

The biggest splash the Electric Banana ever made was when they were the house band for late-period Norman Wisdom film What’s Good For The Goose. As a flick it was terrible, featuring Wisdom woefully ill at ease far from of his comfort zone as a bank manager up to some way out hi-jinks in Southport with Sally Geeson and her long haired pals. There’s even a bit where he jumps up and down to the Things/Banana, beating Sid to inventing the Pogo by 8 years.

The Things/Banana finished up on screen for a fair amount of time and they supplied several cracking tunes for the soundtrack, which make up the first part of disc two here. Alexander, for instance, was such an out-and-out Psych monster that it was still proudly present in the Pretty Things’ live set come 2018. The guitar on the following song It’ll Never Be Me is top-notch and Blow Your Mind is a real psych punk stormer, slowing down then being wound up into a frenzied ending. The title track for the film is far more poppy, still good but nothing like as hard-hitting as the mighty Eagle’s Son. The Dark Theme, actually by another act called Jasmin T, was included on the album originally for some reason and it’s tacked onto disc 3 here. Its relocation is no big deal – this is still for me is the best Electric Banana LP of all.

Around five years passed before the next Banana album and things had changed. Being savvy chaps they came back with a new outlook that was just right for the times. Their new sound was bluesy, tough-nut hard/pub rock, something that would provided the perfect backing music for scenes of toerags on a blag in Sarf London, with the Old Bill right on their ‘arrises. As it proved when The Loser was featured prominently on The Sweeney and also made an appearance in the brilliant down-at-heel gumshoe series Public Eye, starring Alfred Burke.

Good Times has a bit of proto-Cock Sparrer boozy raunch about it and the piano R&B of I Could Not Believe My Eyes has a neatly hollered chorus. Showing that they weren’t just about the headlong raucous rush, Walk Away is a dreamy harpsichord-enhanced charmer. All things considered the Electric Banana had come back convincingly after their extended spell on the side-lines.

Their final album for De Wolfe and of this set was recorded at the tail end of 1977, when the Pretty Things themselves were experiencing another period of downtime. More or less a bunch of hard rock songs of pretty good quality, this album was eventually released the following year as The Return Of The Electric Banana. It’s not bad, with opener Do My Stuff being a decent stab at the kind of thing Graham Parker and the Rumour were having success with. James Marshall is a pleasingly punchy bit of hard rock and the slower acoustic number Whiskey Song is a good one too. Though not on a par with the excellent Even More Electric Banana, it was a decent enough effort given the timeframe.

Long after their recording career ended the Electric Banana were dropped into a 1984 episode of Minder, at that time one of ITV’s biggest ratings grabbers. Mike Holloway of Tomorrow’s People/Flintlock guested starred as a rock star called Zac Zolar who faked his own death, with comedian Mel Smith turning up as his hard-nosed manager. A demo tape, which Arthur Daley had somehow got hold of, was the key plot device and the track featured on it was the Electric Banana’s tough funk rock number Take Me Home from the Return Of The Electric Banana album.

On gaining this primetime exposure, someone at the Butt label though there might be the chance of a chart hit on the back of it. So they arranged licensing from De Wolfe to release Take Me Home as the Banana’s one and only single, with James Marshall on the reverse. It was credited to Zac Zolar And The Electric Banana, but the spot on Minder unfortunately didn’t lead to the hoped for success and that was the last we would hear from them.

I have to admit I was thrilled when I heard this collection was going to be released. These recordings have dripped out here and there, sometimes on compilations like the Rubble LPs, sometimes a pressing of one of the albums. But this is the first time they’ve been corralled together and apart from one or two dips on the later LPs, this is practically wall to wall greatness. Good sleeve notes too, with contributions from the band and a thorough write up from David Wells about each albums’ history. You have probably heard some of this music if you were watching UK telly in the 60s, 70s and 80s. But if you’re a Pretty Things fan, or just a buff of 60s and 70s rock music, you owe it to yourself to hear the lot.