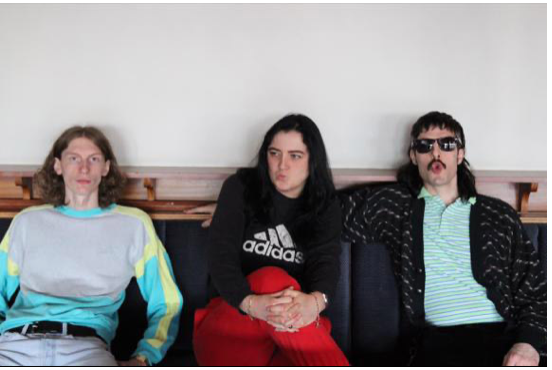 Former The Eighties Matchbox B-Line Disaster member Guy McKnight has put together a new band The DSM IV and they have just released their debut single ‘Scumbag; and announced a few dates.

THE BAND WILL HEADLINE THE LEXINGTON, LONDON, ON SATURDAY 10TH JULY 21

THE DSM IV take their name from the Diagnostic Statistical Manual of Mental Disorders vol IV, as used by the American Psychiatric Association. Frontman Guy McKnight’s interest in it was born out of his experiences dealing with his own mental health, as well as that of family and friends.

“Mental health problems still carry so much stigma, through ignorance, fear, misunderstanding and intolerance. While I’m not necessarily an advocate as such for the limited categorisation, labelling and medicating of people, I’ve no doubt it’s saved a lot of people too. The manual can be a contentious subject. Illness is part of the human condition and the reality of life and death. It’s not something to be looked down on.”

SCUMBAG shines a light on predatory sexual violence towards children – an elephant in the room in our global society, that affects all people regardless of race or social standing.

“Being born into a culture of violence and silence, I’ve had to rebuild myself after a necessary breakdown I had after remembering that I’d been abused. This coincided with me getting clean and sober, 9 years ago. Even though they were separated, both my parents did the best they could despite their own mental health issues and in the case of my Dad, addictions. They loved me dearly and never abused me. I experienced long term sexual abuse from the ages of 3 to 14, at the hands of another relative and in-laws. SCUMBAG addresses some of the behaviours weaved together with real stories I’ve heard over the years…”

The band recorded SCUMBAG and a large part of their debut album (set to be released later this year) at The Libertines recording studio in Margate, the much hallowed Albion Rooms. It’s released on all digital platforms on 3rd May.

THE DSM IV are J Ormesher, Guy McKnight (The Eighties Matchbox B-Line Disaster) & Pav Cummins. Formed in Liverpool, they spent 2019 taking audiences all over the UK and Europe into uncharted, strangely seductive, Dance-Roc transcendence. They toured with The Sleaford Mods and then The Libertines, tearing through what was like an eye-opening ceremony for the uninitiated, proving their strength of idiosyncratic musical character by getting unsuspecting audiences hyped to hysteria. The bands last headline show at the Lexington sold out. They will be returning on 10th July 2021.