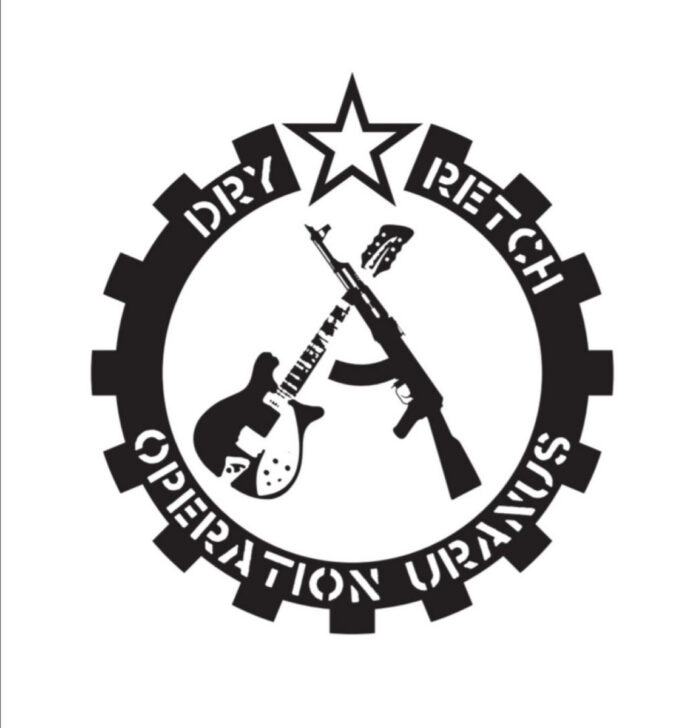 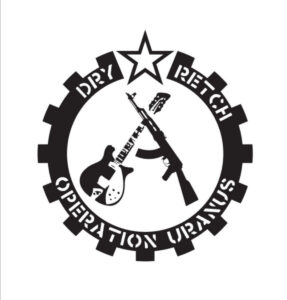 I guess when Crass, Rudimentary Peni, Omega Tribe, Subhumans and Flux Of Pink Indians were plotting world peace in the early eighties, they never envisaged their songs being covered 40 years later by a garage band. Let alone a garage-punk band from Liverpool, fronted by the obnoxious Aussie, John Retch.

Formed in 1987, The Dry Retch sit firmly in the Stooges camp, wearing Cosmic Psychos t-shirts, eating lob-scouse, drinking Fosters lager and not giving a (Castlemaine) XXXX what you think about them.

So the fact that I love their previous five albums won’t wash with them. They probably don’t care, and probably don’t wash either… ‘Have buzz-saw guitars, will play’ would be a good motto; for that is what they do, and they do it very well.

Operation Uranus is a collection of classic anarcho-punk cover versions that have been given The Dry Retch treatment. They’ve been garaged, and they sound superb. The only non-punk thing they did was actually seek permission from each of the bands to release these tracks, although punk points are clawed back as all profits go to the charity ‘Punk 4 The Homeless.’

Flux Of Pink Indians are covered with the opening The Fun Is Over and They Lie, We Die (with interesting backing vocals). The mighty Crass are paid homage to with The Gasman Cometh, Mother Earth and the excellent Contaminational Power. John’s Aussie-drawl and occasional retched screams adding a serrated edge to already jagged versions. Add Rudimentary Peni’s Cloud Song and Inside into the mix and we’re really cooking.

The Dry Retch are playing with Omega Tribe at Outpost in Liverpool on Saturday 19th March. It’ll be interesting if the two bands collaborate on Another Bloody Day, Man Made and My Tears that are so dirtily covered on this excellent album.

Available in a cool Crass-style sleeve on digipak CD and download, add to your Dry Retch collection, or make this a good starter for six and make it your quest to search and destroy their other five albums.