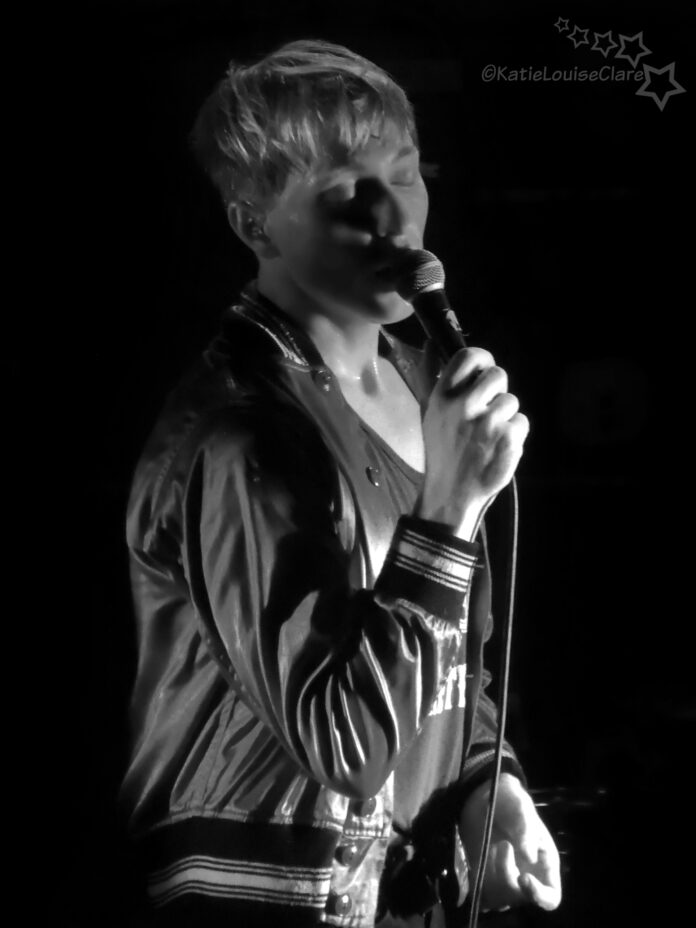 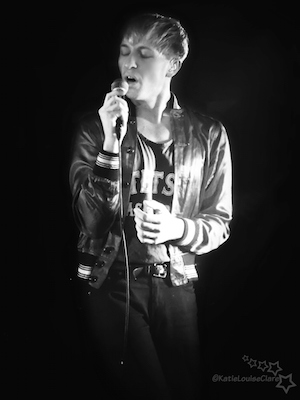 New York’s garage rock/indie-pop hybrid The Drums take to the stage at Manchester’s Gorilla. Louder Than War’s Katie Clare was there.

To avoid an irreparable break up Brooklyn’s The Drums took something akin to a hiatus during 2013 and 2014, they traveled, dabbled at ideas of solo releases and finally trimmed back to a duo found reemerged with new found energy and inspiration to continue as The Drums. Announced early in 2014 the bands third album was ready and on September 23rd Encyclopedia was released too unreasonably lukewarm critical reviews, possibly the debut release Magic Mountain being a track so removed from The Drum’s sound to date making a re-association with the band more complex, fan’s old and new however warmed to the twelve new tracks finding a myriad of sensory delights throughout and when tickets for the UK leg of The Drums Encyclopedia worldwide tour went on sale they sold out instantly.

Jonathan Pierce and Jacob Graham arrive on stage in near darkness a singular red up light blackens out expression and sharpens angles as the band open the night with a track from the new release Bell Laboratories is a distinctly harsh Dystopian track with a mix of violent and fear laden undertones it’s a captivating start with strong theatrical tones something that continues throughout the set. Pierce catwalks back and forth along the stage like a Vouge trained priest using his microphone like an aspergillum sprinkling his blessings over the heads of the audience all the while giving perfect face. 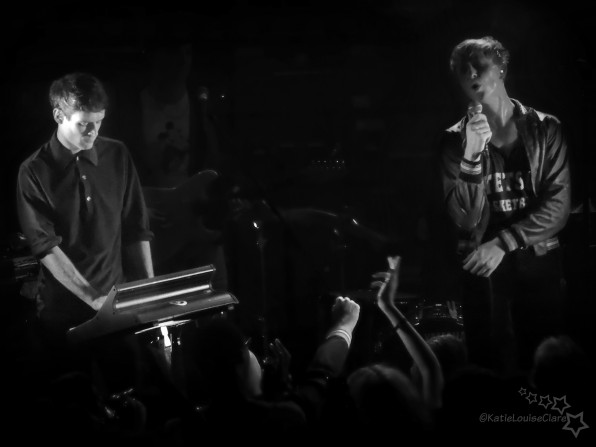 The set list dips in and out of the bands back catalogue Let Me, Me and the Moon and Day’s before we return to the new album with I Can’t Pretend and Kiss Me Again: it wouldn’t be unexpected for songs so new to an audience that they’d be received in a more subdued manner however the interaction and reaction from the crowd stays high as they echo Pierce’s every word. 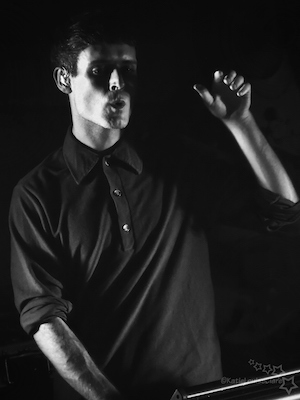 Classis 60’s tinged melodrama of Best Friend and Money sound as sweetly catchy as ever and couldn’t have been more enjoyed, Pierce editorially moving his arms, hands and fingers as he constantly sashays around the stage his voice and body luring and captivating while delivering the occasional tartly flavoured verbal dig even extending this too himself when he welcomes on stage Drew Citron from Beverly to duet with him on Don’t be a Jerk, Johnny.

“Thank you Manchester” say Pierce making eye contact with as many in the room as possible “We’re going to play some old songs for you” introducing something of a up surge in energy as they come to the end of their main set. After a few minutes of reverberating applause the room erupts to a chorus of ‘We Want Drums!’ and he band return to keep things uptempo as the ‘encore’ extends to several songs including Forever, Let’s Go Surfing and Saddest Summer. Bringing things to an end with an insanely beautifully delivered Down By The River the front row caught up in the excitement of it all cling to Pierce’s arm and for a while it looks like he’ll be pulled in to the reiterating mass, released Pierce and Graham thank as many in ear shot as possible wave and are gone.

It’s not difficult, especially live, for those even with just a passing interest in British new wave and indie pop in general to see, hear and feel the inspirations (aspirations) of a band that while for the most part are innovators of originators rather than experimentalists do what they’ve done really well however Encyclopedia show’s that – that is now not just the sum total of what we should expect they’ve innovated their sound it’s less notable as inspired by and more exploratory in structure: may the beat go on.

The Drums Encyclopaedia (Minor Records CD, DL) is out now.