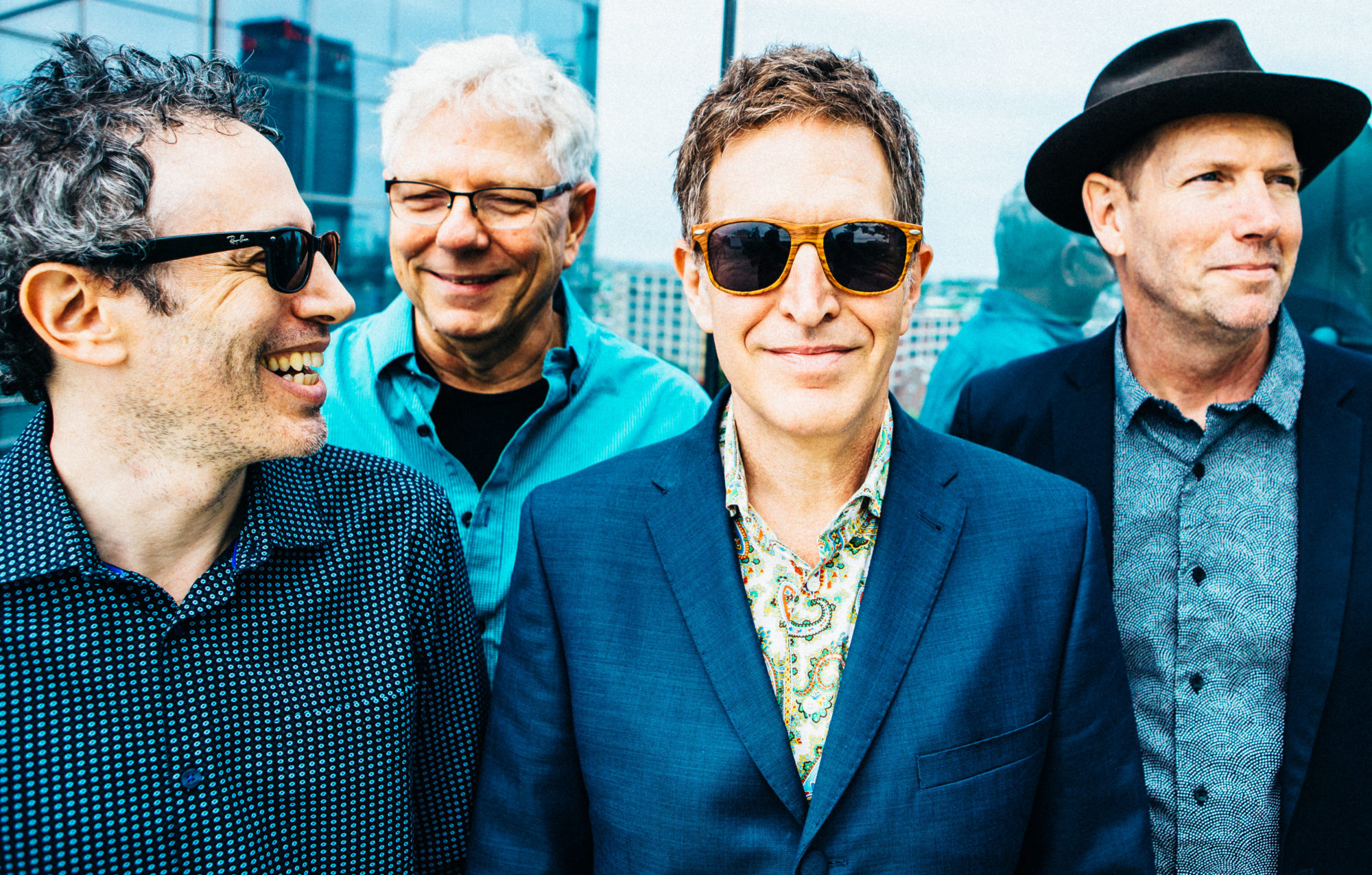 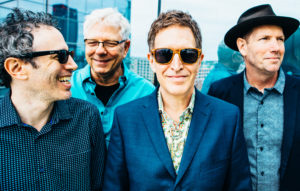 ‘We were designed to be a cult band’

by Ged Babey for Louder Than War

Actually, that’s a lie. I conducted this interview for the local press in Southampton, Hampshire, UK – as the Dream Syndicate play the 1865 club in Southampton on 2 November 2017 (as well as  the Lexington on 30th and 31st October, Brudenell Social Club, Leeds on 1st November 2017) consequently it is dumbed-down and targeted to a readership who may not know the bands history or music at all.  Hence the references to U2, REM Led Zep and the Bangles -who the general public should be aware of.  Steve Wynn was an absolute gent, understood my ‘angle’ and gave great replies – so it’s only fair to share seeing as it ended up somewhat shorter…

Oh – and GO AND SEE THE DREAM SYNDICATE Live in the UK !!! They are great! … is the subliminal message….

They are ‘the best American Rock Band you have (possibly) never heard of’ says rock critic Ged Babey as he talks to Steve Wynn from The Dream Syndicate, who play the 1865 on 2nd November.

Contemporaries of REM, The Dream Syndicate formed in Los Angeles in 1981 and were part of the ‘Paisley Underground’ – a wave of American guitar bands influenced by psychedelia –the most successful of which were the Bangles, who soon outgrew the genre. Green on Red, The Long Ryders and the Rain Parade remain ‘cult bands’ as did the Dream Syndicate who called it a day in 1989 after four studio albums and critical acclaim.

2017 sees a reformed Dream Syndicate release a critically acclaimed new album, ‘How Did I Find Myself Here?’ And twenty-nine years on from the last and touring the world, calling at Milan, Paris, Amsterdam, Berlin and among only 4 UK dates, Southampton.

Do you know much about Southampton? I asked Steve Wynn.

SW: I can’t get “The Ballad Of John and Yoko” out of my head.

The opening line is of course, “ Standing in the dock at Southampton…” Steve later sends me a shaky video of him playing the song with Peter Buck and Mike Mills from REM at a small club in Athens Georgia.

The Dream Syndicate are not a band which your average music fan will know perhaps, yet they started out at roughly the same time as REM and U2, both of whom they toured with back in the early 80’s. What does Steve remember of those shows?

SW: The things that surprises me now is how little we were fazed by playing such big shows in such beautiful, historical theaters with bands who were high on the charts. It all just felt like what came next, part of the overall trajectory. I look back now and think “man, that was really something! We were touring across the country with two of the biggest and most loved bands of the decade.” I didn’t think about it much at the time. In both cases we just drove all day showed up and played music that, for different reasons on each tour, was largely confrontation to their core audience. But I’ll tell you one thing. We sure had fun.

I asked him: Do you envy their (U2/REM) success sometimes or are you happy to be a ‘cult band’?

SW: No envy, no envy at all. They were built to be superstars and that’s what they became. We were designed to be a cult band. All of our heroes were bands like us—the Velvets, the Stooges, Big Star, the Only Ones, the Gun Club. Those are all bands that played to a limited, select audience in their day and only got recognition after they broke up. It’s more or less the same for us. I’m just glad that we reunited, made a record that we love and that we can take a little victory lap. It’s a very good life. Or, as Kendra says on the new album, “it’s a beautiful dream.”

Another famous name who played with you recently was John Paul Jones from Led Zeppelin – who did that come about?

SW: We have mutual friends. He worked with REM and was invited down to this festival in Mexico that Peter Buck was putting on every year for a while. Really great festival—pretty relaxed, more of a hangout than anything. Anyhow, the night that John arrived, Peter came up to me and said, “John Paul Jones is here and he wants to play with someone.” I raised my hand and said, “Uh, that would be us!” Of course! I went up to John and said, “We have a song called ‘John Coltrane Stereo Blues’—it’s really long and has only one chord.” He said, “I think I can do that.” We’ve become friends since then and there are few people that I enjoy playing with more. He’s such an intuitive, connected musician who just loves playing music.

You were part of what was called the Paisley Underground (with Green on Red, Rain Parade) but the only band which broke through into the mainstream were the Bangles. Why do you think that was?

SW: Again, hardly surprising. Beautiful voices, great harmonies, Beatles-influenced pop songs. We were playing long jams, feedback-drenched, psychedelic, freaky music that took it as a badge of honor to confound, confront and test our audience. Just like our heroes. But what’s exciting now is that we don’t have to do that anymore. The music that was so contrary to the times back then is an integral part of the alternative scene now. It’s more fun to not have to risk being hated in order to be loved.

A review of your new LP described it as being “like a soundtrack to Breaking Bad because of the tension and drama in the music” and described you as “more a narrator than a conventional singer” – do you think that was an accurate assessment?

SW: I love Breaking Bad so that’s very high praise. I’ve dealt in the noir-style storytelling end of songwriting for many years—starting with our second album, “Medicine Show” and ever since. But to be honest, I don’t see the new album that way. Yeah, 80 West is a bit of a sepia-tone road movie. But most of the songs are internal, emotional, cathartic little tales of searching and epiphany. Ha! You can tell that I used to write about music when I was younger!

How do you think your new album stands up, 28 years on from the bands early work?

SW: I think the old albums stand up really well. I was telling someone the other day that they really can’t be dated because they were out of their time when they came out. Nobody was making the kind of music we loved when we started. And that’s one of the big reasons why we started. So, we just made the music we loved and hoped that other people out there were searching for the same kind of thing. And it turns out they were. The new one? We built it to last. I do like that it feels like a Dream Syndicate album and yet sounds nothing like anything we did before.

You strike me as far more well-read and erudite than the usual rock singer -someone who could have branched out into literature or movie-making – any plans in that direction?

SW: You never know. I will say this. Writing a song is VERY different from writing a novel or a screenplay. I read a quote from Walter Becker recently. He said something along the lines that Steely Dan wrote songs about very big subjects and the trick was deciding all of the things that they would leave out. And it’s why their lyrics are so evocative, suggest so much but also leave you feeling like you almost but don’t quite see the whole picture. That’s the beauty of songwriting—it sets up the listener to apply his or her own desires, fears, personality, emotions to finish what the songwriter started. Movies and literature do more of the work for you. It’s all about choices, all about the white space, all about what’s not there.

You have an ‘interesting’ person as President at the moment -has he had an effect of the Arts in general do you think?

SW: He’s quite literally the Elephant in the room. There’s no avoiding him and yet it’s hard to find a way to confront, assess or counter him in the arts. Maybe because there is SO much written about him, so much analysis. I actually think our new album is very much of the times because it shows the results of being adrift, isolated, overstimulated, confused and restless in modern times. Donald Trump is many things but I believe he is much a symptom as he is a cause of the current situation.

The Dream Syndicate tour is going to be one of the unmissable ‘gigs of the year’ as the band are far more influential and powerful a proposition than modest Steve would have you believe.

‘How Did I Find Myself here?’, as I said in my review here is ” a band at a majestic blazing peak” who “have made the best album (they) possibly could” – the existentialist romantic album of the year