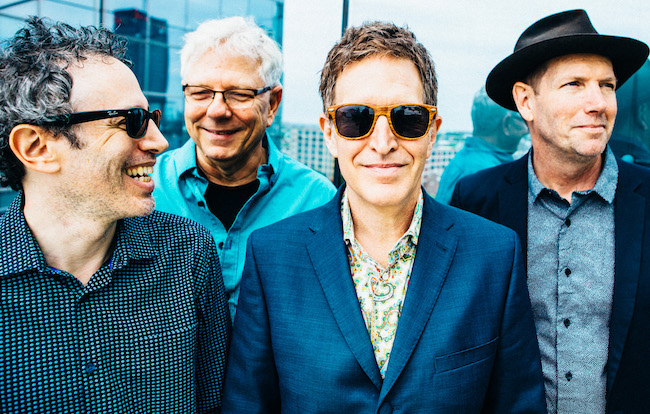 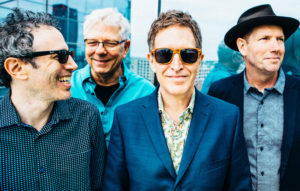 The Dream Syndicate are back: First taste of new album after a 29 year break:  And it’s an epic 11 minutes of Krautrock-Americana and sprawling psych.

The Dream Syndicate will release their fifth studio album, How Did I Find Myself Here? in early September 2017. It will be the band’s first album since 1988, and their first for the label ANTI- Records.

Here is the first single and title track from How Did I Find Myself Here?  “With its heavy grooves, hypnotic guitar work, and gorgeously fractured textures, the 11-minute piece of sprawling psych-rock” feels both epic, classic and a unique mixture of Americana Psych and funky, Doorsy Krautrock (maybe). It even sounds a bit like an American Stone Roses!

There are no visuals – just close your eyes and make them up in your head maan.  It’s a groovy epic and a grower. A perfect hot-summer-nights track.

Formed in Los Angeles in 1981, the Dream Syndicate was founded by current members Steve Wynn (guitar, vocals) and Dennis Duck (drums), along with Karl Precoda (guitar) and Kendra Smith (bass). With its widely celebrated 1982 debut The Days of Wine and Roses, the band soon emerged at the forefront of the 1980s college-rock scene.

Following the release of three more albums (1984’s Medicine Show, 1986’s Out of the Grey, and 1988’s Ghost Stories), the Dream Syndicate split up indefinitely—then reunited for a Spanish music festival in 2012. With its lineup now including guitarist Jason Victor, the band has since played over 50 shows and toured throughout the U.S. and Europe. In 2016, they headed into the studio and began working on their first album in nearly 30 years.

“It sounds like everything that I loved about the Dream Syndicate and yet How Did I Find Myself Here? “[The magic] was there with almost as much ease and grace as the first rehearsal we had three years before in Madrid, despite [longtime bassist] Mark Walton, Dennis Duck and I having not played together for several decades,” says Wynn of the making of sounds unlike any other record we made.”

Over the years, the Dream Syndicate has proven to be a massively influential force in the world of alternative rock, with artists like Kurt Cobain listing the band among their inspirations. As Wynn points out, the band itself was greatly influenced by underground pioneers like the Fall, the Gun Club, Neu!, and Big Star.

“I always felt that the Dream Syndicate was largely about receiving, carrying and then passing along a torch of the bands that we loved passionately but who didn’t necessarily get the love and attention they deserved, living in the shadows as cult favorites, secret passwords into a society of musical fanaticism and time-delayed impact on generations to come,” he says.

That was the Press Release. Now here’s an admission – I only (re)discovered the Dream Syndicate and Steve Wynn (and the Miracle Three) when -thanks to the new-fangled internet – I found out that he had married Linda Pitmon – former drummer with one of my all-time favourite (lost) bands ZuZu’s Petals (Twin-Tone, 1990-94). I had met Linda at a ZuZu’s gig in the ’90’s and became a fan-boy transatlantic pen-pal. I was almost the Everett True to her Courtney Love ( some people will understand that – a journalist infatuated with a musician…only I never ended up slating and hating her..).

I had ironically joked with ZuZu’s Petals about how the way to succeed (this was around the time Kurt met Courtney) was to date a member of a famous band. (Laurie from the band later married Paul Westerberg and Linda, the singer from the Dream Syndicate!  Not that they took my advise, they were possibly already dating them, which explained their laughter at the idea at the time.)  Anyway …I’ve digressed….

Steve Wynn must be a good guy and one of America’s most quietly under-rated talents. Fans of the Days of Wine Roses will be ecstatic that the Syndicate are back.   In the meantime his extensive back catalogue needs checking out whilst we await the new album. Here is a good place to start…

(Yeah, That’s Linda on drums. She’s a dreamboat.)
This autumn, the Dream Syndicate will tour throughout Europe in support of How Did I Find Myself Here?