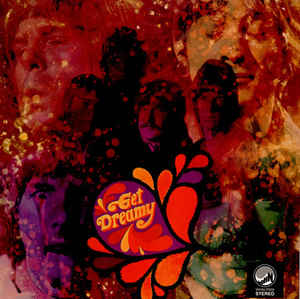 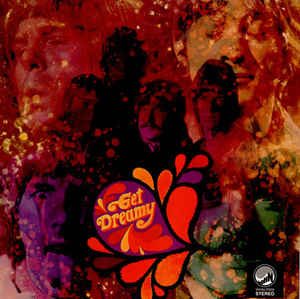 The Dream: Get Dreamy

Lost in the mists of time, this was one of those almost mythological records from the late 60’s psych boom that collectors and crate diggers drooled over although rarely found. Released in limited numbers at the time, its rarity added to the mystique around it for many years. Soon-to-be legendary jazz-fusion guitarist Terje Rypdal (who’d previously been in the highly regarded Vanguards) was the main-man in the band and his Hendrix-like licks colour the album throughout. The ghost of Jimi is never far away; these guys clearly worshiped at the alter. One song is even a partial rewrite (via some almost avant-garde heavyweight noise-rock) of Hey Joe called, unsurprisingly Hey Jimi.  They apparently cheekily sent Hendrix an autographed copy of the album on its release. Hendrix’s response remains unrecorded…..

The album is very much of its time and of its influences; they shift from dreamy psych-pop to power trio thunder to Beatles-esque ballads seemingly on a whim. It is, however, an album that flows beautifully. From the soulful, sensual textures of “Driftin'” to the mind-warp trip of “Aint No Use” it all hangs together and is reminiscent of an imaginary soundtrack to some sixties beat-pop movie at times.

Drummer Tom Karlsen lends his Stevie Marriot-like vocals to some of the album and these are easily the strongest songs; the aforementioned “Hey Jimi” and “Emptiness Gone” feature his aching, soaring voice and are at times quite breathtaking.

Instrumental “Night of The Lonely Organist and His Mysterious Pals” features keyboard wizard Christian Reim. His Stax-inspired swells and washes recall some of those records from the Brit-psych boom that melded soul to psych with great effect. Rypdal adds, at times, some outrageous guitar pyrotechnics which clearly in thrall to Mr. Hendrix, are also not a million miles away from early Jimmy Page in their blues-y squalls. All of this (as is much of the album) is overlaid with weird theremin wails, backward-tracked instruments and gravid, echo-ed spoken word pieces. A lot of the psych albums of the time were really just a vehicle for the singles with a lot of padding around them; this, however, flows as a whole and reminded me a little of Quicksilver Messengers Service’s classic “Happy Trails” in its ebbs and fluctuations.

With hints of the sunny pop of The Beach Boys, the lysergic introversion-meets-outer-space of early Syd Barret Floyd and the garage racket of The Pretty Things, “Get Dreamy” is rightly regarded as a a lost classic of the era. Clearly the youth of Scandinavia were turning on and dropping out as purposefully as their U.K and USA counter-culture counterparts and this is no mere pastiche.

Here it is in its full glory-

Given the almost Holy Grail status that “Get Dreamy” enjoyed for many years, its great to see it get a release. Its on proper heavyweight vinyl, too, with a lovingly restored remastering job and that iconic artwork intact. 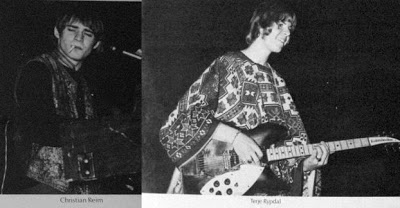 C’mon. Get Dreamy. You know you want to.