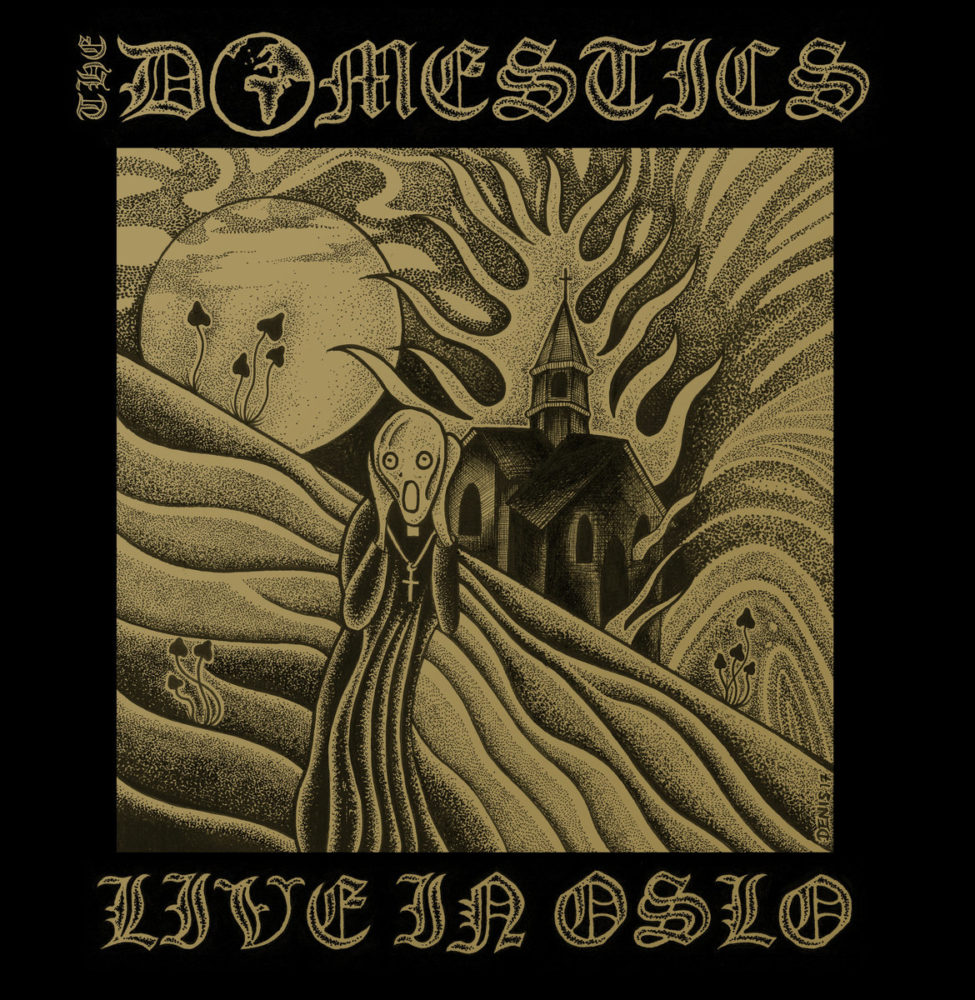 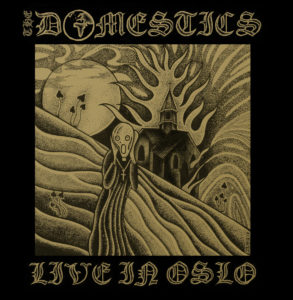 A document of what happens when you export East Anglian hardcore to Norway.  Nathan Brown hopes that Brexit negotiations consider the free movement of punk rock alongside goods and services.

I’ve remarked before on Louder Than War about The Domestics being one of the most prolific hardcore punk bands on the current UK scene.  They have vinyl diarrhoea.  As they walk from one gig to the next another record trickles down their leg and pops out of their trouser leg.   It helps that Shouty McShoutface of the band James runs a record label.

I have to admit that I’m no longer a huge fan on the live album.  Back in the 80s when new music was sparse, live tapes of bands were welcomed with open arms, but as the current rate of releases on vinyl, digital, CD, tape, wax cylinder or rolled up earwax accelerates faster than the rate we are hurtling towards climate oblivion they have less of a pull for me.  The stand out live album for me is surely “It’s Alive” by the Ramones.  Faster than the studio stuff, raw as you like and with all the electric atmosphere of a live gig.  You’ll all have your own favourite.  Take that argument off the internet and down the pub.

Chunky bass, drums, feedback, they crash through the intro with an in your face “Hello Oslo.  We’re the Domestics from the UK” and then they kick off with a fast noisy set of two fingers in the air punk rock blending Japanese hardcore with homegrown bands like Chaos Uk and Restarts and a garnish of Scandinavia.  However this was recorded it’s good quality.  It captures the raw Estuary English “Fack Off” of the Domestics with the pounding drums front and centre and plenty of guitar and bass (which is oft a tad quiet in live recordings).  Dropping in songs from throughout their recent offerings including a cover of Gauze’s Distort Japan (featured on the “Pissing on the the…” EP) you get nearly half an hour of the Domestics experience.  It’s got the “aaarrgghh” factor that good punk rock should have, and is testament to how tight this band are in a live situation.

Why live in Oslo instead of live in Great Yarmouth?  I think it would be no secret that this band love a bit of the old Scandinavian punk, and a chance to play at the legendary punk run venue Blitz captured on tape must have been too much to resist.  With a few grunts here and there between songs reminiscent of the UK Subs live albums Live Kicks or Crash Course, this is a standard ‘punk done live’ affair.  No thrills, no overdubs, just how it was on the night. As James from the Domestics himself says “This recording isn’t some super-slick, polished to infinity, touched-up-afterwards-in-the-studio affair. It’s what happened that night at Blitz, with all the knocked over mic stands, spilt beer, occasional bum notes, vocal mics cutting out and general chaos that occurs when everything’s going right at a hardcore gig”.

The cover art is a nice take on Munch’s The Scream by Denis, the current singer of Doom.

You can get the physical artefact – limited to 330 copies across several labels worldwide – or download from the many Kibou records virtual outlets.

If you want to find out how to catch this mob live, best stalk them on Facebook.

Words by Nathan Brown.  You can read more of his work – including a shed load of Domestics reviews – in his Louder Than War archive.