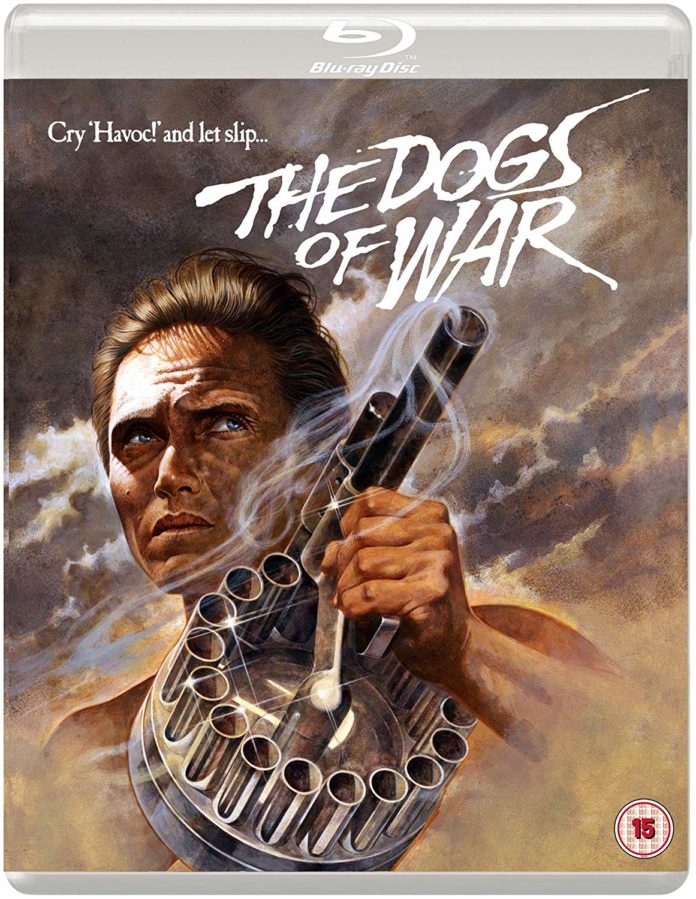 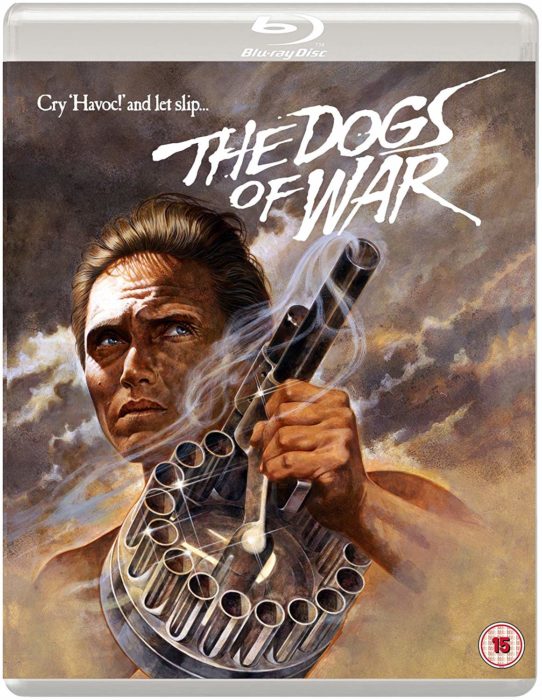 Based on Frederick Forsyth‘s 1974 bestseller, John Irvin‘s film doesn’t take its time to get out the blocks. We’re hurtled straight into frenetic action in the middle of a chaotic war zone in Central America. There are panicking civilian crowds, explosions and heavy gun fire. A group of soldiers desperately board a plane during the disorder. Their leader is Jamie Shannon, played by Christopher Walken, displaying his trademark intensity.

Once home, a sullen Shannon finds little to occupy himself with. He watches an idiotic TV show of no interest to him, kills a cockroach and examines a photo of himself with a female, who is surely an ex. He thinks about phoning her but doesn’t.

His apartment is unlikely to be awarded the Good Housekeeping’s Seal of Approval and it’s easy to assume that he doesn’t have a steady stream of visitors. He may welcome the camaraderie created during warfare, but away from battle he’s a loner. When someone does come to his door, he isn’t made in any way welcome.

This is Roy Endean, who represents the business interests of a ruthless multinational company with involvement in the West African state of Zingaro. He wants to gauge the chances of the country’s downtrodden population staging a uprising against brutal dictator, General Kimba, who is likely based to some extent at least on 1970s Ugandan leader, Idi Amin.

He asks Shannon to visit the country’s capital Clarence on a reconnaissance mission and give him the answer to that question.

Shannon agrees, suggesting he visits in the guise of a wildlife photographer, specialising in capturing images of rare birds. Endean judges this a risky idea but Shannon seems to thrive on taking risks.

Paranoia and corruption reign in Zingaro. Shannon’s hardly off the plane before a customs officer quizzes him on the purpose of his stay, before confiscating a bottle of whisky, a multi-pack of ciggies and a largish wad of cash. This he claims is an ‘import tax’.

When he books into his hotel, Shannon is forced to hand over his passport at reception. Out on a supposed photography trip, he has to be accompanied by a local, who’s presumably paid by the government.

It’s not long before Shannon arouses suspicions. Arrested and tortured, he’s lucky to survive and is deported home. 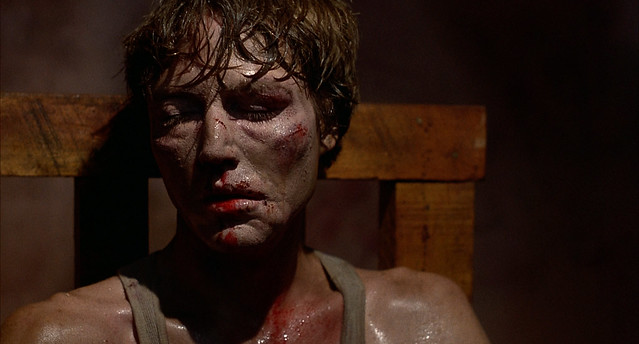 Of course, when asked to return to help topple Kimba for $100,000, he agrees, even if Endean’s plan is an attempt to install a new puppet government prepared to let his company plunder Zingaro’s platinum resources, rather than any for humanitarian reasons.

This time Shannon won’t be posing as anything he isn’t. He’ll be heading to Clarence with a handpicked unit of mercenaries together with some Zangaron exiles desperate to overthrow the tyrant in charge of their country. 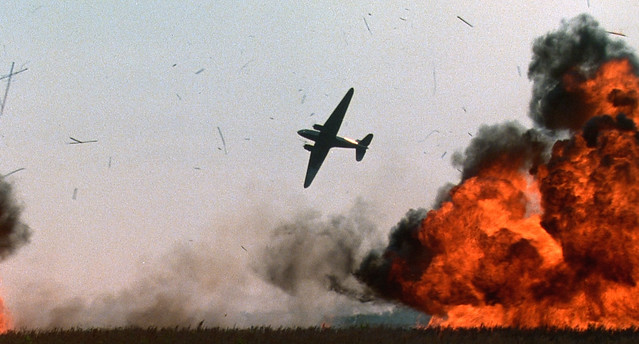 The action sequences are handled well throughout The Dogs of War but undoubtedly the best reason to watch this film is to see Christopher Walken again shine in a lead role. Audiences may not particularly like his character but Walken here consistently demonstrates what a unique onscreen presence he possesses.

This Eureka Classics release is the first time that The Dogs of War will be available on Blu-ray in the UK.

Special features include an alternative cut of the film and a limited edition collector’s booklet featuring a reprint of Pauline Kael’s original review of the film.