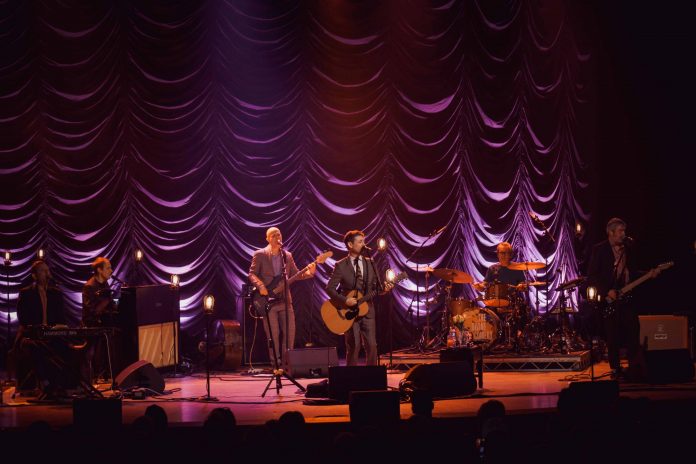 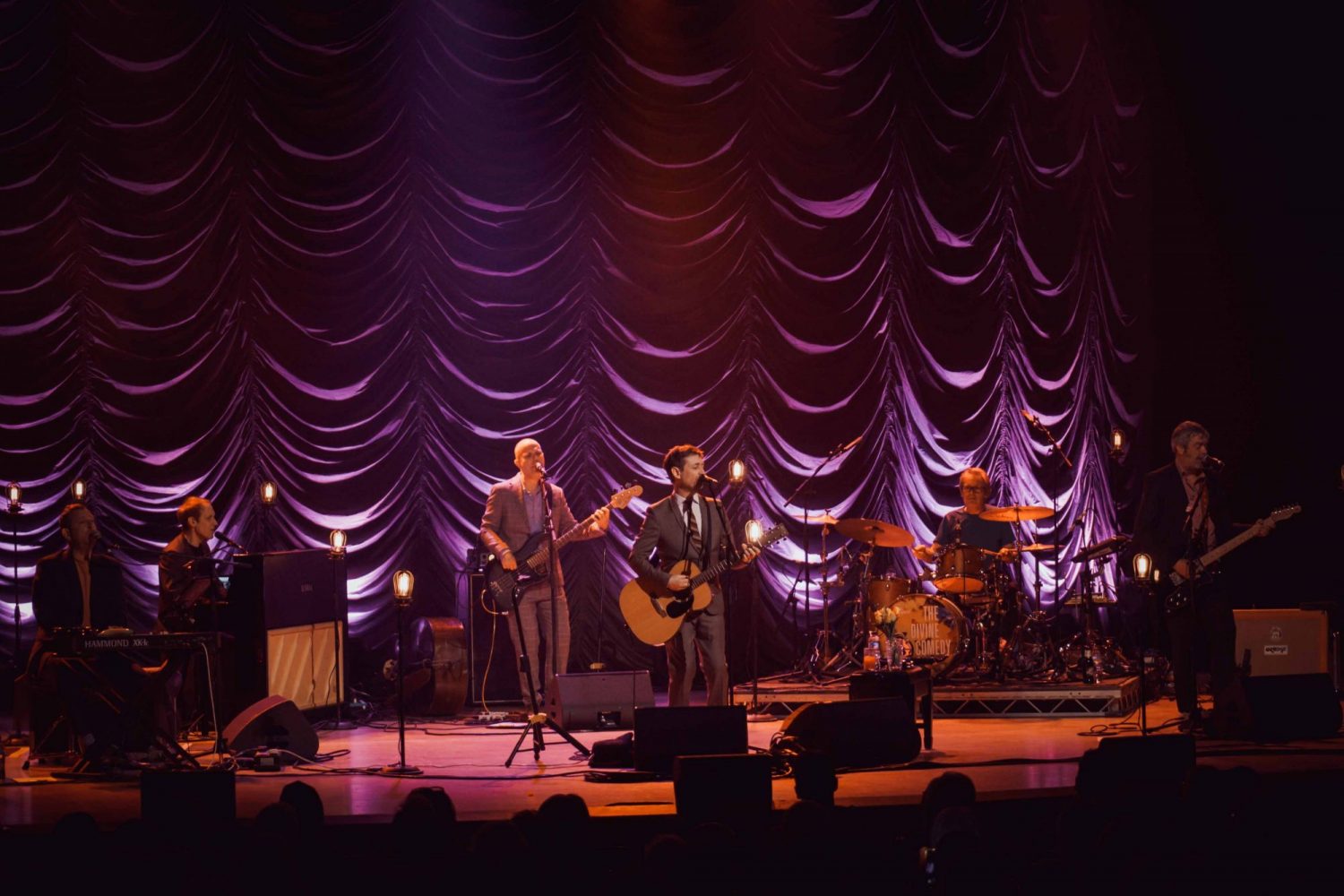 As The Divine Comedy’s Greatest Hits tour arrives in Manchester, David Edwards reflects on the consistent brilliance of Neil Hannon’s songwriting and a night of truly joyful music.

It is difficult to think of a more suitable location for The Divine Comedy’s elegiac, verbose and multi-faceted chamber pop than Manchester’s Bridgewater Hall. A venue designed for orchestral music perfectly befits the sweeps, moods and melodies of a band who have been so consistent and formidable in their output over the past quarter of a century. And as their Charmed Life Greatest Hits tour rolled into Manchester, it brought with it a joyous and celebratory night of music; reminding all present of the sublime and unique skills of Neil Hannon and his place as one of the finest songwriters of his era.

Tonight’s opening act Barbara are full of consummate hooks, multi-layered harmonies and piano trills. They play bright and enticing pop music full of changing tempos, breakdowns and flourishes with the sweet and joyful melodies of The Feeling and the same understanding of song structure and how to produce a sweeping chorus. There isn’t an immediate standout single to propel them into the mainstream quite yet, but there are all the ingredients present for them to hone their excellent sound into something that could genuinely cross over into the consciousness of the wider public. 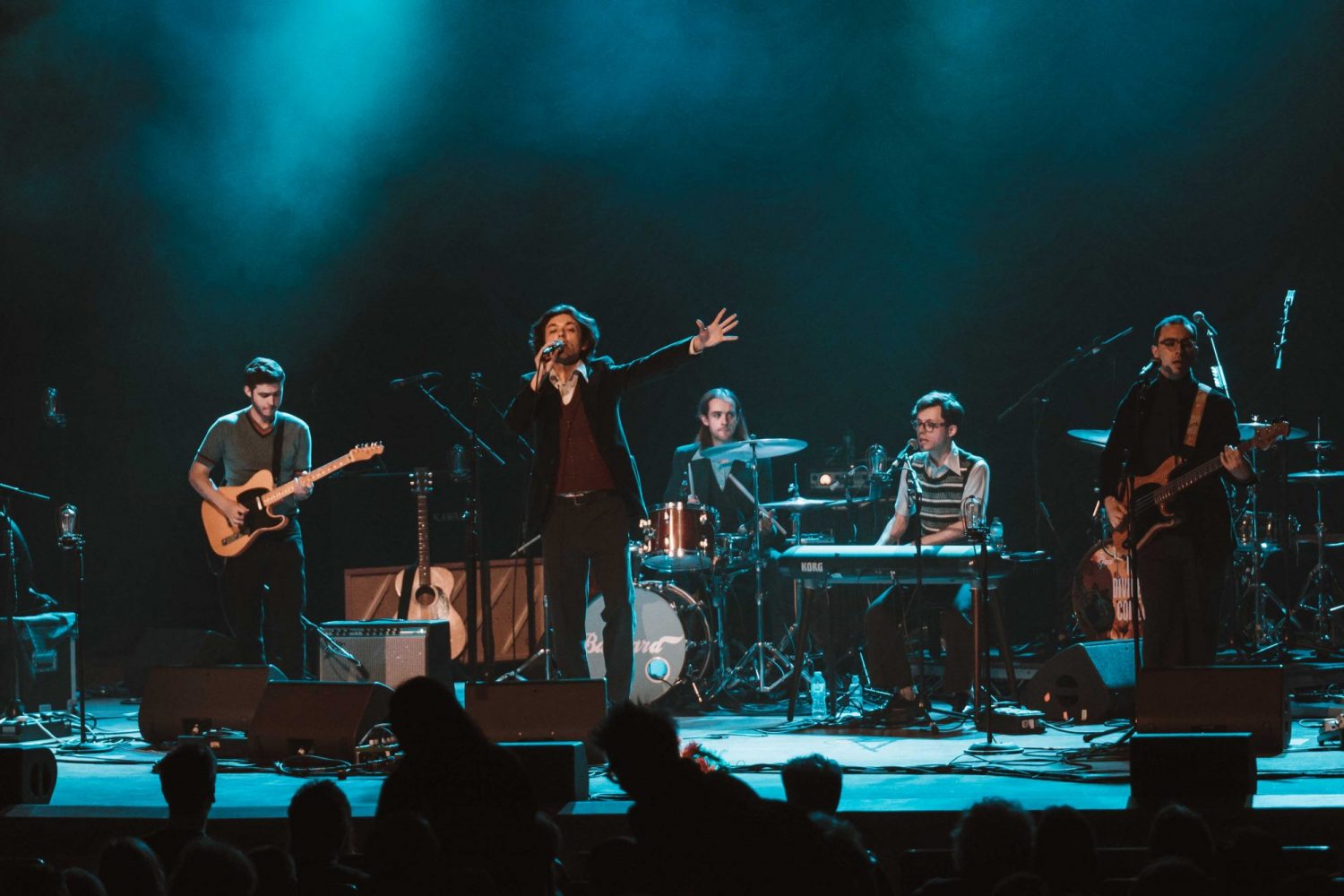 The first observation as The Divine Comedy step onto the stage is that Neil Hannon is not just defying age but actively reversing it. Dressed in a sharp suit and drinking a Bloody Mary, he somehow looks younger than he did in the band’s earlier days. Opener Absent Friends is the perfect place to start; casting minds back to those lost and missed in the tumult of the past couple of years. The band are sparse but expressive and perfectly balanced – the acoustics of the venue precisely separating and honing every note and word. And this is what you need when you listen to The Divine Comedy. Articulate and deftly-worded missives on modern life. Music that swoops and swoons in equal measure. And a career-spanning setlist that never lets up in quality from the first song to the last, though Hannon self-deprecatingly mocks this, saying early on “When we say ‘play the hits’, we mean ‘play the hits in a Divine Comedy Context’”. 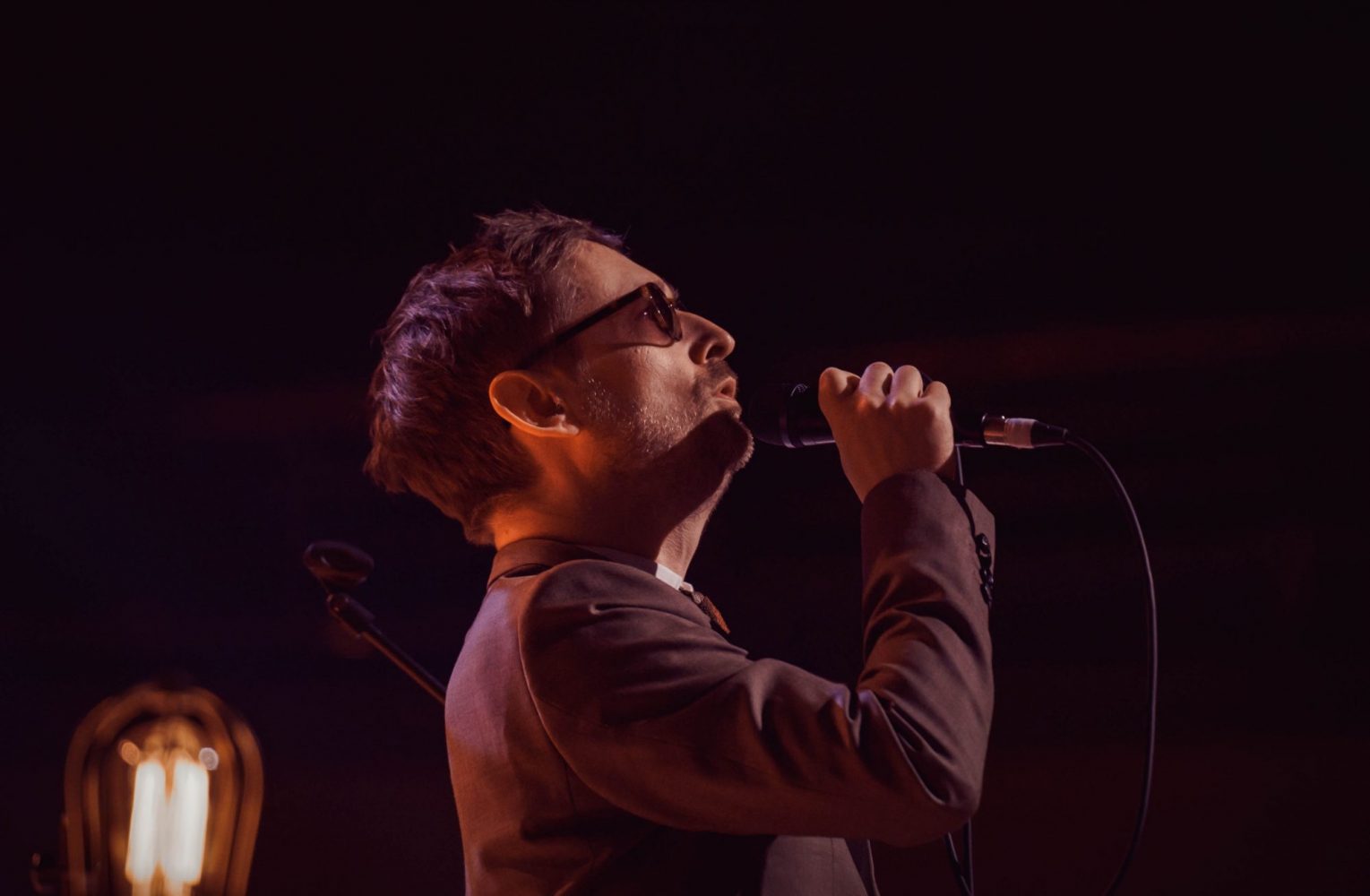 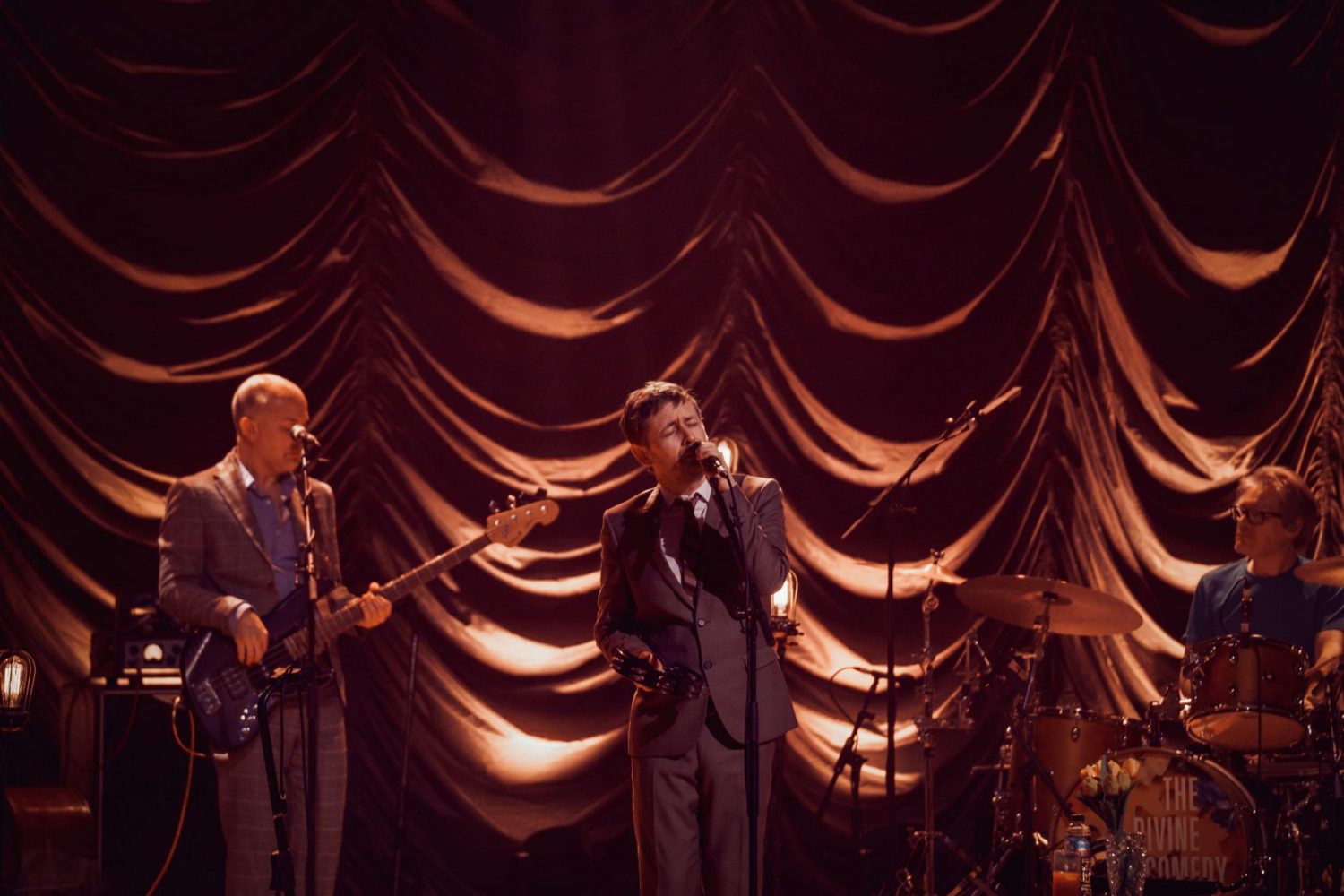 Becoming More Like Alfie, is theatrical and wry. Everybody Knows (Except You) is poignant, delicate and funny all at once. But the highlight of the first act is a quite magnificent Gin Soaked Boy. Hannon remarks beforehand that “This is the first time we’ve played this in fifteen years, so apologies if we fuck it up” but the way this beautiful song unfolds and builds, you almost want to shout out and ask why so long?

Following a brief intermission, we are back into A Lady of a Certain Age before a rapturously received Songs of Love though Hannon sensibly refuses to entertain further audience calls for My Lovely Horse (“Never heard of that song”). Indeed, there is a constant stream of well-intentioned heckles and catcalls tonight that are handled deftly and confidently from the stage (“we do love playing Manchester”). But the songs do all the talking for the final part of the show. The theatrical storytelling of Norman and Nora and Your Daddy’s Car give way to the stomp and drive of Something for the Weekend and How Can You Leave Me on My Own? with the majority of the audience on their feet and turning the event into a true celebration of songwriting.

National Express is of course rapturously received by all, before the sweet and heart-warming duo of Perfect Lovesong and Tonight We Fly send us all home with a warm glow inside. There really is nobody in British music who does this sort of thing as well as Neil Hannon and we should appreciate the majesty, wit and intelligence of pop music that tickles the soul and the mind. Genius really is too small a word to define such beautiful craftsmanship.

Words by David Edwards. You can find more of his random scribblings here

Pictures courtesy of Gosia Czyzniewska. All photo credit to her. You can check out her work at her website here