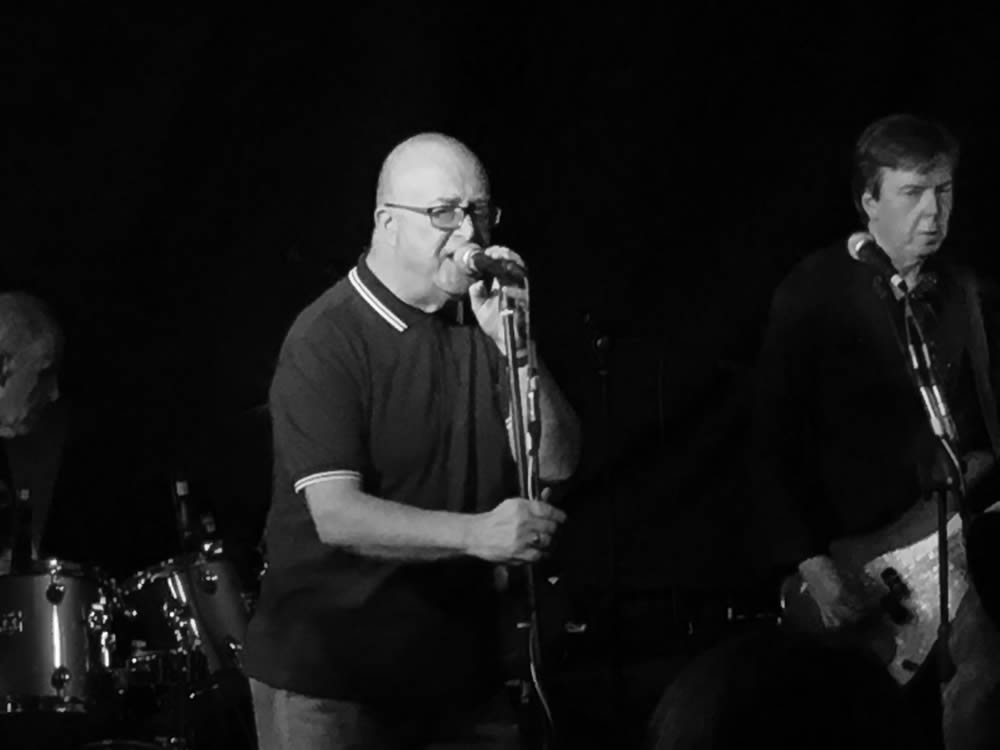 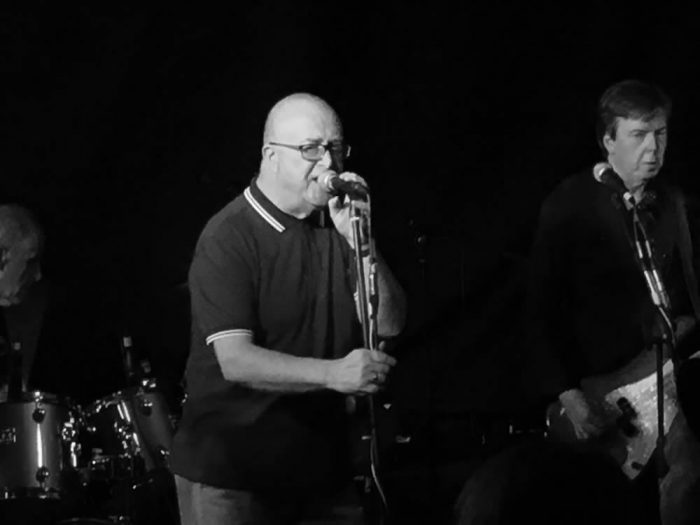 The Spinning Top is a pub on the lower side of Wellington Road just down from the train station in Stockport town centre. Bar on the right, stage on the left and the loveliest staff you’re ever likely to meet. It’s standing room only for The Distractions who are playing in the town for the first time since 1979. Nigel Carr reports back for Louder Than War.

The Distractions burst on to the Manchester music scene in 1979 with their first release, the 12” ‘You’re Not Going Out Like That’ EP on TJM records. Tony Davidson who ran the label also owned the famous rehearsal studios on Little Peter Street opposite what became The Hacienda. Joy Division, V2, Buzzcocks and many other nascent Manchester outfits used to rehearse there. There is a famous photograph of Joy Division taken in one of the rooms by Kevin Cummings, now immortalised in a ten feet high freeze at the True Faith exhibition at The Manchester Art Gallery.

The Distractions went through a number of line-up changes in their short career, even signing to Island Records in 1980, before imploding in 1981. What they left behind was a stunning body of work; a vastly underrated collection of jaunty power pop meets punk ditties. Similar in vein to Buzzcocks – Pete Shelley once famously admitted to copying their la la style backing vocals. (According to the Ramones T Shirt wearing man on the door anyway!) Original members, lead singer Mike Finney and drummer Alex Sidebottom are joined tonight by a new touring band.

The perfectly crafted garage meets punk Something For The Weekend gives way to lead singer’s favourite (Stuck On) Fantasy and there is nothing but big smiles and appreciation around the room. It’s an older audience of course, most remember the band from the first time around.

There is an increasing punk intensity as the gig progresses; highlight Waiting For Lorraine ends with the line ‘Waiting for Lorraine to drop dead’ as Finney slams his arms across his chest. He even drops into a little shimmy on down during ‘It Doesn’t Bother Me’! “The single was released by Island on white 12” vinyl to coincide with the Christmas market, only the label messed up and it didn’t come out until April!”

Finney plays the perfect front man, self deprecating and humble and these wonderful songs still ring in my ears as I leave to catch the train home. Proper memorable pop-punk with great hooks & harmonies with searing guitar licks underpinned by Sidebottom’s incredible drumming. It’s a shame that today’s younger gig goers who are clamouring for fresh post punk don’t latch on to some of the finer bands that existed back in the day. Nearly forty years on and The Distractions are as good as ever, sounding tight, vibrant and fresh.

If you get the chance go and see them – I’ll be there in Preston on November 10th – I hope you are too!

Check out the track Waiting For Lorraine on Facebook Here

All words by Nigel Carr. More writing by Nigel on Louder Than War can be found at his Author’s archive. You can find Nigel on Twitter and Facebook and his own Website Photos By Nigel Carr.