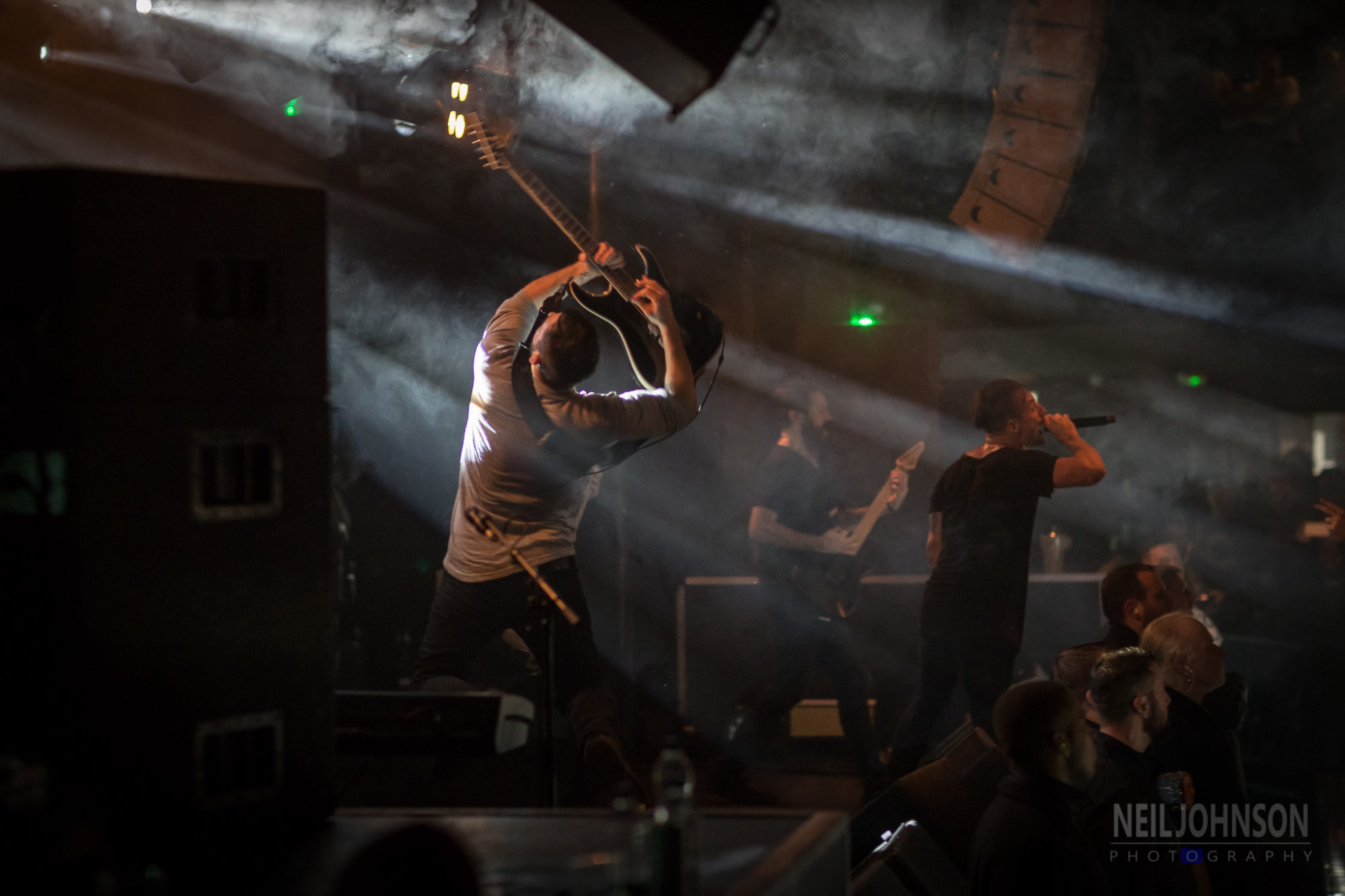 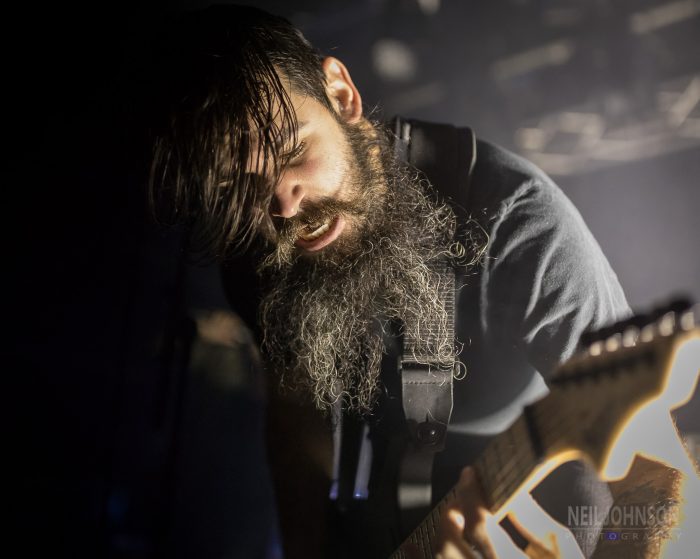 For a final time, Dillinger brings one of the most intense shows to Nottingham as part of their farewell tour.  Neil Johnson reports on the last ever TDEP gig at Nottingham Rock City.

After twenty years of vicious shredding and brutal beats, The Dillinger Escape Plan announced that they would be quitting after they complete the touring cycle for their new record Dissociation.  They also announced that one of the Dissociation tour dates would be at Nottingham Rock City.  This was one show that I was not going to miss!

Walking into Rock City the atmosphere was charged, the place was bursting.  TDEP fans only do insanely intense, average just won’t cut it.  In case you missed it, TDEP’s vocalist, Greg Puciato once defecated in a bag live on the Reading festival stage and then threw the bag into the audience in reference to the quality of the rest of the bands on the festival lineup.  Even without theatrics that would make Alice Cooper wince, the band’s live show is potent and forceful enough to demand your attention.

Limerent Death kicked off the show at Rock City, as good a demonstration of the band’s experimental approach as its possible to get.  Chaotic insanity in a bottle, after being shaken up and the cork popped.  From my spot in the photo pit, the power and disarray were physically manifested by the steady rain of TDEP fans on my head and back.  Security is on the ball and gracefully lift fans over my head and pop them back on the deck so that they can run around and do it over again. 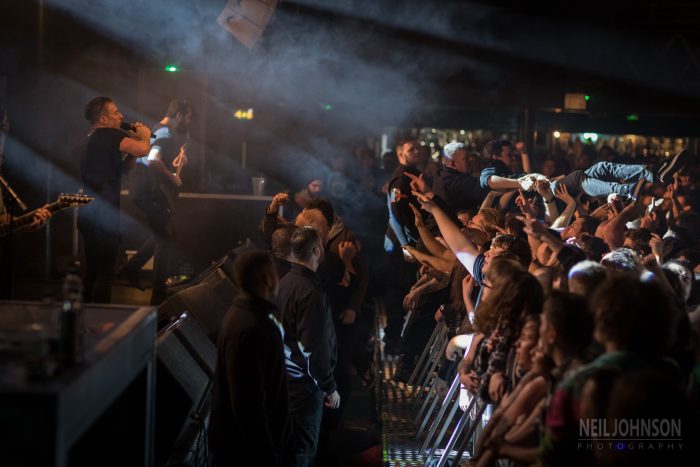 I take stock at this point as the band surge through their set onto Panasonic Youth from 2004’s Miss Machine.  The heavy strobe lights are relentless, the fans are not just engaged, they are connected at a primal level.  To the uninitiated, it’s just noise, but to those that get it, this is the soundtrack to a pissed off generation that is rejecting mainstream music and demanding something absolutely raw and brutal.  The fans are spitting Puciato’s lyrics back at him from the pit with ferocious intent, he loves it and at one stage through Surrogate, he hands the wireless mic to a crowd surfing fan who does a convincing job of temporarily fronting Dillinger, that is until he disappears back into the crowd and Puciato is left without a mic (audio tech quickly on hand with a replacement!).

I’ve been a Dillinger fan for quite a while now and its hard to pick out specific highlights from the show, it was a stunning experience from end to end.  My favourite tracks from the show were Symptom of Terminal Illness, Surrogate, Milk Lizard, One of Us Is The Killer and probably the highlight of the night for me was Sunshine the Werewolf, which was exquisitely delivered, a ferocious melody that ignited the drenched Rock City crowd at the end of the night.

I have put the setlist in a Spotify playlist as usual for your delight.

All things considered, one of the best nights I have had at Rock City in a long time.  It’s only as I sit in the Talbot Street car park waiting to head home does it dawn on me that Dillinger will soon be no more.  What will fill the void that these guys are leaving?

You can find The Dillinger Escape Plan on their website, they are also on twitter as @TDEP_