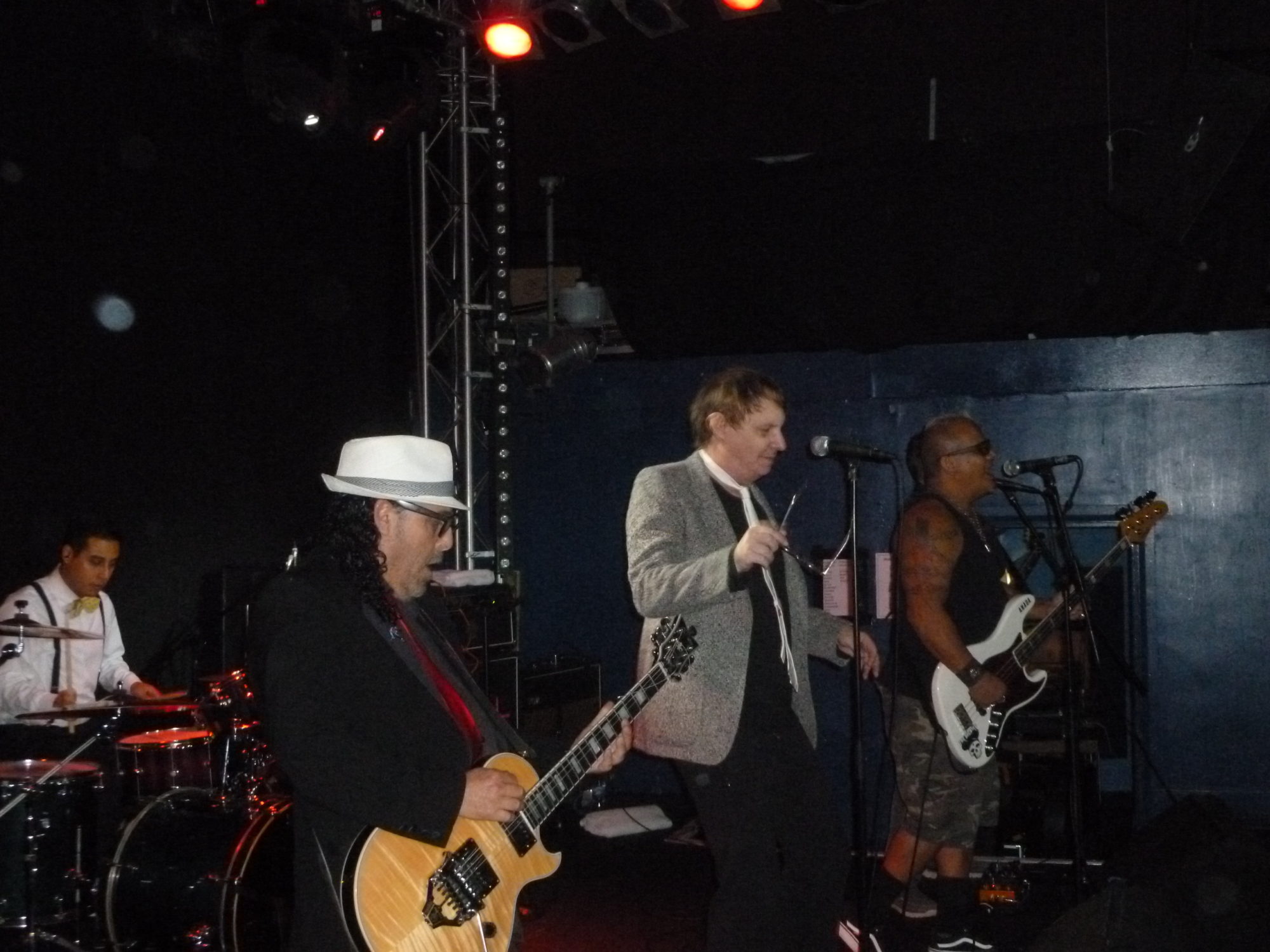 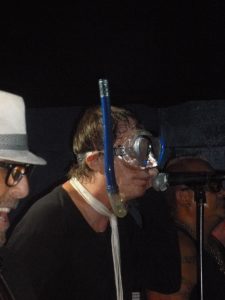 The Dickies played the O2 Academy, Newcastle – Louder Than War’s Steve John reports back below.

Buying tickets for seventies goofballs the Dickies I didn’t imagine them getting embroiled in the nearest modern mainstream punk gets to a Filth and the Fury controversy. Having played several times before and with an unfortunate role as spiritual godfathers to the whole frat party big short fest that is the annual Warped tour it should have been a triumphant lap of honour. Instead a charge sheet of being responsible for Bowling for Soup was topped by an ugly rant from front man Leonard Graves Phillips on their last date in Denver.

Getting a crowd to chant “Blow Me!” at a woman you go on to call “fat cunt” would be uncomfortable viewing at any time but in America today the footage makes Phillips sound like Donald Trump. For me it’s not the language but it being directed at one person that makes for bullying. Such was the consternation that the date in Leicester on the UK leg of their fortieth anniversary tour was cancelled.

Taking something sponsored by a shoe company that seriously can be difficult but this was directed at someone connected with the band War on Women whose vocalist Shawna Potter said that the reason for doing the tour was to challenge the macho stereotypes synonymous with Warped. So far, so punk. Targeting the Dickies penis puppetry and throwing a sign which said “Teen girls deserve respect, not gross jokes from disgusting old men! Punk shouldn’t be predatory” perhaps not so much. Phillips has subsequently apologised for his outburst and with a tongue which was hopefully firmly in cheek pointed out that the sign was ageist.

Pre prepared signs at gigs are never great unless you’re the Ramones. I also find it difficult to believe anyone hasn’t done something they regret and if they haven’t should probably regret living the sort of life that means they haven’t. Potter’s column in Vice magazine about the incident has a warning about violence and abusive language. So with an open mind I mustered all the insight of Ross Kemp in a tartan flak jacket and decided to enter the fray with some of those ear plugs people wear in case the language got too fruity. 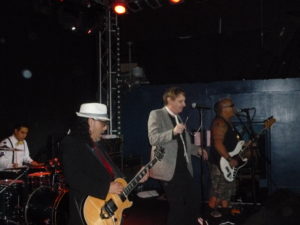 I also hadn’t seen the Dickies and the thought of the Rebellion archaeological dig makes me feel as unwell as Phillips when they were last due to play. First thought is at least the Dickies seem aware of their own sense of ridiculousness. In fact it’s a strength which during the likes of Waterslide sees the art form mastered before Phillips removes his snorkel and genuinely needs the strategically placed towels to dry off. This is comic book stuff with a sort of end of the pier sensibility which probably endeared them to Britain in the first place. Lead guitarist and the other original member is even called Stan Lee.

The elephant in the room was confronted by Phillips saying “I would like to take you for a Chai Latte in a respectful gender nonspecific type of way” rather than have sex with us all. Make your own mind up. I smiled and the crowd predictably enough cheered. Nobody sane is suggesting swastika armbands but unless it’s time to completely knock it on the head punk should always have room for a Tourette’s kid element. Is it for instance acceptable to point out the drummer’s unfortunate resemblance to a better looking Pee Wee Herman?  Some of it is puerile and the knob glove didn’t have me holding my sides but within limits you take the good with the bad. 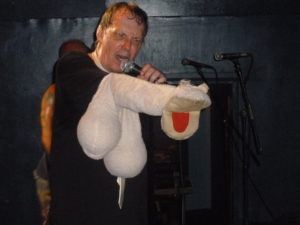 If the Dickies speed isn’t as potent now it still worked when married to tunes as contagious as Manny, Moe and Jack. The set sagged a bit at times but with a props man the hardest working in showbiz it picked up pace again like a trusty fairground ride before encores of Rondo (The Midgets Revenge) and an obligatory Banana Splits. The former a crowd singalong while the latter saw Phillips mining his manic mime artist persona as enthusiastically as ever.

At some places people seem scared to move in case they upset anyone but then I stood at the side of the stage to dodge a hail of stage diving women at a Gnarwolves gig. Even so a generational divide is being attributed to a lot of this. If so nothing should be cast in stone and change is good to avoid complete stagnation but selling tickets for courses in “bystander intervention” which involves how to chat people up in an acceptable manner is a whole different type of silliness. Times change but Potter and the gang sound like more people who think they know best for everyone.

A gig was a spontaneous escape and punk empowering for some real originals in a way which made societies shit more easy to face. In the virtual world and partly as a consequence of it many that make up the bands in today’s scene seem to exist in an increasingly insular way with people who think like them and simply reinforce their views. I can only guess how the recently turned 60 Siouxsie Sioux or the fresh from most attitude at Glastonbury Chrissie Hynde would have dealt with an angry Dickie. Punk rock’s shock and awe is long gone but the gentrification of the genre runs the risk of giving birth to social work rock. 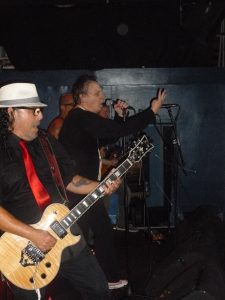