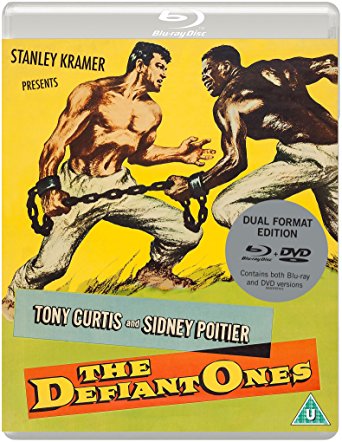 Jamie Havlin gives his assessment of a groundbreaking race relations drama set in the Deep South that proved to be one of the most influential films of its era.

During a fight between two convicts, a cop truck transporting a group of shackled convicts back to prison after a day’s heavy slog, veers off the road and crashes, resulting in the two men involved in the fight escaping. Both are still manacled together.

One is John ‘Joker’ Jackson, played by Tony Curtis (The Vikings, Some Like It Hot), the other, Noah Cullen, is played by Sidney Poitier (To Sir With Love, In the Heat of the Night). The former has been jailed for armed robbery, the latter for assault and battery.

The reason for the fight in the first place? Jackson used a racial slur on Cullen. You know the one I’m talking about. When the local sheriff phones the governor of their prison to ask about the men, he’s told not to worry about catching them. ‘They’ll probably kill each other before they get five miles.’ 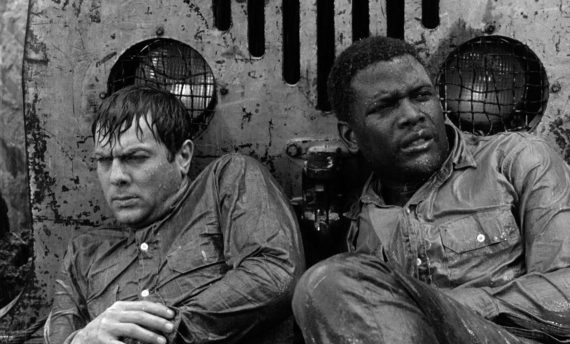 Relations are certainly strained between the pair as they attempt to evade the local sheriff, a gung-ho state trooper and their posse of trigger-happy civilian volunteers (and bloodhounds). Crossing a river, though, Jackson manages to save Cullen by pulling him away from some very dangerous rapids. When Cullen thanks him, Jackson sets him straight: ‘Man, I didn’t pull you out, I kept you from pulling me in.’

Before too long, the pair have another punch-up, with their shackles adding an almost comic dynamic to their brawl. With the law hot on their heels, though, the two men gradually realise that they can’t survive and stay free without at least tolerating one another. So begins an uneasy truce but how long can it last?

Directed by notable Hollywood liberal Stanley Kramer, The Defiant Ones does run the risk of its moralism detracting from its story. On the whole it largely avoids this fate because while one lead is white and the other black, both characters are written in shades of grey.

The story is gripping and the acting very good. Both Poitier and Curtis received Best Actor Oscar nominations with Poitier landing the Silver Bear for Best Actor at the Berlin International Film Festival. Curtis maybe just edged it for me as Jackson, although the role did prove that you can take the actor out of the Bronx but taking away the Bronx accent isn’t so easy. 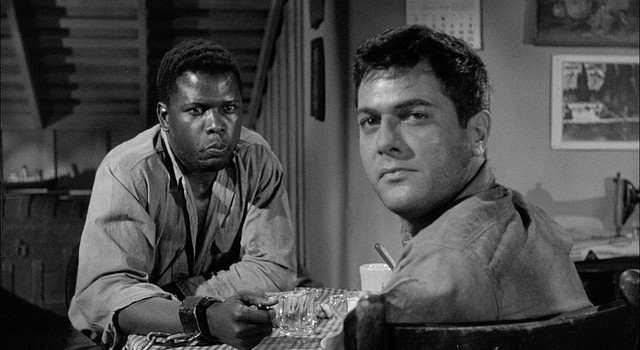 Also worthy of a mention are Theodore Bikel in the role of the fair-minded sheriff and Lon Chaney Jr., proving here that he had a wider range than he is generally given credit for.

Eureka Classics is proud to present the film on Blu-ray for the first time in the UK in a special Dual Format edition. Extras include a new and very entertaining video interview with critic and author Kim Newman, and the original theatrical trailer.

Trivia: Elvis Presley and Sammy Davies Jr. both apparently wanted the lead roles. Which would have been an interesting piece of casting but which I very much doubt would have improved the movie.