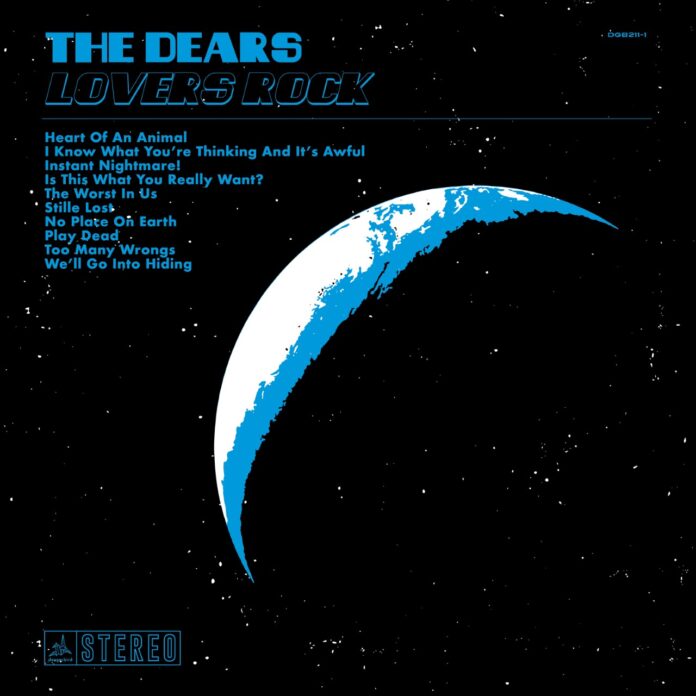 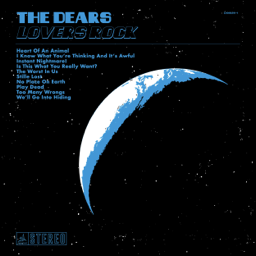 The Dears have been doom-mongering since the dawn of time. Or at least since they started out in Montreal 25 years ago. Tim Cooper finds them still searching for love in the time of coronavirus.

If you’re looking for a band to soundtrack your next global crisis, you need look no further than The Dears. In the wake of 9/11 the band built around Montreal couple Murray Lightburn and Natalia Yanchak came up with the comprehensively doom-laden No Cities Left.

Two decades later, with a global wave of nationalism leading an assault on truth and justice, they went back into the studio to make Lovers Rock, an album filled with songs of love prevailing amid the ruins. Now, as it’s released, we really are in the grip of a global pandemic.

If there has been one continuous theme running through their 20-year career, it is the search for meaning in a violent and unpredictable world. Lovers Rock is no different. Nor is the template of their sound, which Lightburn once described to me, with some reluctance, as “what would happen if you took The Smiths, Pink Floyd and Curtis Mayfield and shook them up in a blender.” Which makes a change from the critics’ casual comparisons of his vocal style to Morrissey, Damon Albarn and David Bowie (which do, to be fair, contain at least a grain of truth).

Ever since they formed in 1995, working with a rotating group of musicians that already numbers more than 20, Lightburn and Yanchak have worn their bleeding hearts upon their frayed sleeves, blending bombast and grandeur with a contrasting gift for conveying intimacy and romance. If they have a default setting – and they surely do – it is a state of melancholic miserabilism.

“There’s a direct line between the sort of doominess of No Cities Left and this album,” says Lightburn. “You could go straight from Lovers Rock to No Cities Left and it’s like they’re interlocked. But it’s a different kind of doom. Around 2001, it felt like, ‘We have no control. We don’t know what’s going to happen next.’ Now it’s a doom that’s within our grasp. It’s in the air. It’s between us. But we do nothing about it.”

An archetypal Dears song will take us musically into several directions simultaneously – “part Bacharach, part Krautrock,” as Lightburn sees it – making this album’s ten songs sound like more, which is a novel way to offer value for money. There’s a nod to Bowie in the opening bars of the first song, Heart Of An Animal, with a hint of ‘Heroes’ about its intro, Lightburn’s vocals submerged beneath double-time drumming, synths and bass, before one of their trademark key changes. Lyrically it’s very much what we might expect: from The Dears: “I unequivocally feel / Almost all power drained from us / And I can certainly feel the decay crumbling inside us.” By the end, Lightburn is railing against “Lunacy, lunacy… feed our souls, feed the world.”

Throughout their career, The Dears have given their songs titles that foreshadow Lightburn’s less than wholeheartedly optimistic worldview: Expect The Worst. Postcard From Purgatory. No Hope Before Destruction. Despite its ostensibly unapocalyptic title, Lovers Rock is no different: Instant Nightmare. The Worst In Us. I Know What You’re Thinking And It’s Awful. The latter builds from a slowly strummed acoustic guitar and a pretty piano melody, with Lightburn’s gloomy vocal to the fore: “I know what you’re thinking / And it’s awful / An abomination / But I’ll never let it go / I’m entitled / even though you’re long gone.”

As ever, the album is nothing if not varied musically: No Place On Earth and The Worst In Us (“This world has no chance,” Lightburn complains, typically) feature epic orchestral arrangements while Instant Nightmare has a big riff, a big string arrangement and big “Woo woo!” backing vocals in the bombastic style of Muse, matched by another characteristically pessimistic lyric: “This is an instant nightmare / And it’s like we’ll never wake up.” We all feel like that now, mate.

The superficial contrast of Is This What You Really Want? a melodic Blur-like acoustic number in the vein of Out Of Time, soon finds a similar thematic connection: “Nobody wants to die / But does anyone wanna live? / Another day going through the motions.”Stille Lost is the album’s highlight, with its gently stuttering drum machine and shimmering keyboards, and a bouncy rhythm propelled by what sounds like a fairground organ, broken up by a beautiful saxophone solo from the E Street Band’s Jake (nephew of the late great Clarence) Clemons.

Lightburn is still at his gloomiest, and his baritone voice at its deepest and richest: “We’re lost / And nobody gives a damn… There is nothing you could say to convince me / To go back home.” Likewise, in Play Dead he assures us that “The destruction will continue.”

Like society coming out of the grip of a deadly pandemic, the album sheds its apocalyptic tone towards the end, Lighburn channelling his romantic side in a gentle, wistful love song, the apologetic Too Many Wrongs.  His brooding baritone syncs sweetly with Yanchak’s harmonies as he issues a heartfelt declaration that “The things I’ve done will never suffice / I’ve tried my very best just to be nice to you.”

The romantic tone continues, bringing the album to an almost sentimental conclusion with We’ll Go Into Hiding, another slow burner featuring violin and viola, lit up by a life-affirming ray of optimism: “We’re building a better future / It’s gonna be all right / We’ll make it last for ever.”

We’ll all say Amen to that.

More about The Dears online at their official website: www.thedears.org

All words by Tim Cooper.

More of Tim’s writing at his Louder Than War author’s archive here.