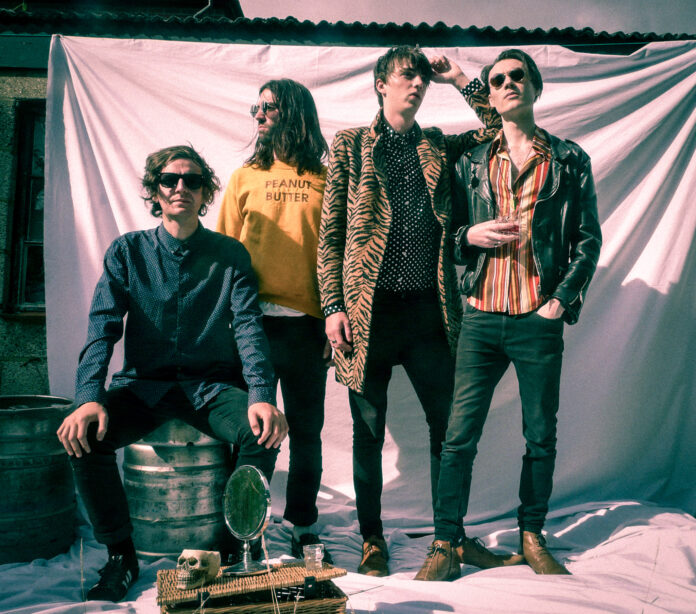 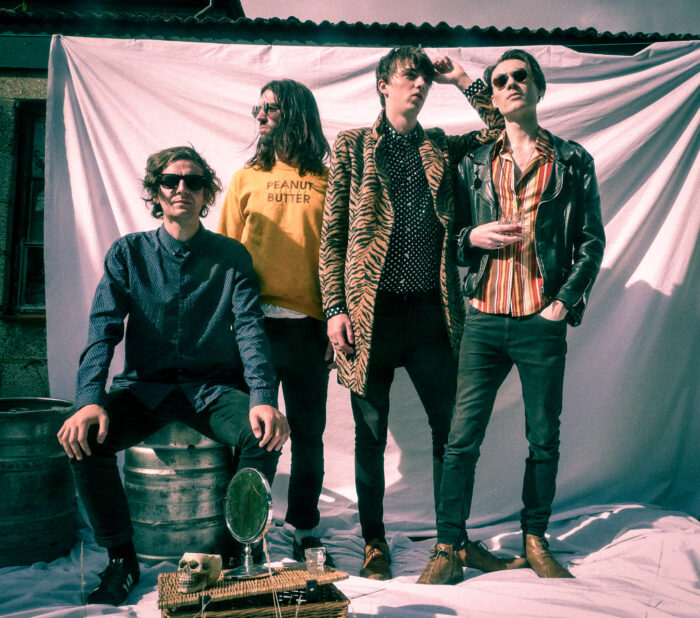 Southampton’s favourite rock ‘n’ rollers, The Dead Freights release the new video for their new single Stray Dogs. Here at Louder Than War you can get an exclusive first look.

After recently selling out not one, but two shows at Southampton’s favourite theater The Stage Door, today the band drop their new video a week before their single is released. With the track described as “disco-nirvana,” by front man Charlie James, Stray Dogs shows the band are not a one trick pony by having a punchier, heavier sound than their previous work with the second verse toying with Frank Sinatra’s Strangers in the Night as the band crash into cacophony with a “spat-rant”.

With the whole video filmed in a back garden with one camera, a bed sheet and a ‘Video Editing’ YouTube tutorial, the DIY creation shows true, unexpected chaos with the whole set ending up being burned to the ground.

Speaking of the video, drummer Louis Duarte and director states, “We feature gun imagery, arson and things genuinely falling apart. About half-way through you see Spencer (bassist) accidentally knocking over a light, you see Charlie in slow motion mouthing ‘fuck sake’ and you witness a fire really shitting us up with it’s unexpected ferocity. There’s definitely something to be said for the energy you get on screen when there is genuine fear of catching on fire”

“This may look to the average onlooker like a bit of organised chaos but, in reality, it was actual chaos! Lessons in health and safety were learned along the way but more excitingly this experience has sparked many new ideas for us”

Words by Jasmine Hodge. Here profile can be viewed here.