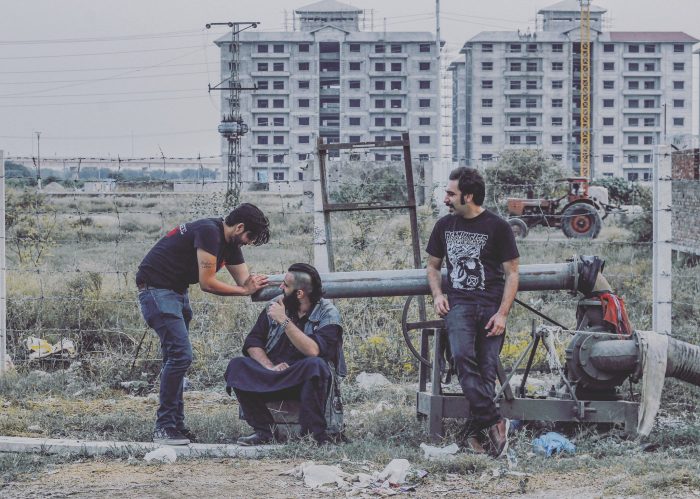 Louder Than War’s Simon Proudman speaks to Hassan Amin from The Dead Bhuttos.

Life in a band is not always a bed of roses; poorly paid gigs, stuck in a van travelling long distances up and down lonely motorways, and performing to half empty venues stinking of stale beer, often with disinterested crowds.

But spare a thought for the life of a Pakistani punk band. In this often volatile country they face a complete lack of pubs to perform in, encounter riots instigated by the local students, and get video shoots raided by the police because they are using empty whiskey bottles as props.

Welcome to the life of the Dead Bhuttos from Lahore. At least they don’t have the problem of venues stinking of stale beer.

The Dead Bhuttos are collaboration between Basmin Usmani, who also plays in the US/Asian band The Kominas, and Hassan Amin and Sheraz Ahmed from the Pakistani punk outfit Multinational Corporations.

We talked to Hassan about life in a punk band in Pakistan.

Louder than War: First of all the name, clearly influenced by the Dead Kennedys, does it cause any problems in the country?

Not yet, Basmin thought of it and it was too good to not use. Although it was influenced by the Dead Kennedys, we as a band are more influenced by the second wave of British Punk, bands like Discharge and The Varukers, as well as Swedish and Japanese punk bands.

For the big Pakistani stars there are stadium gigs, but there is so little for bands like us, and it is much harder to get to play. The country is very short of venues, with obviously no pubs or bars to play in here. Some bands play school gigs, but you have to tone down your sound for them, and play commercial covers and shit like that.

I saw this great film, American Hardcore, and that got me thinking that you can do a gig almost anywhere. Since then I have played shows in peoples backyards, abandoned theatres and empty swimming pools.

What were the acoustics like in the swimming pool?

Pretty terrible, but it was fun, it was big enough for a circle pit to kick off! Now we have a few venues popping up, DIY spaces, which hold 500-600 in Lahore, but still very little in Islamabad or Peshawar.

But we have got more fans in the first world thanks to people hearing us on the Internet. It has even led to getting a record released in India, which I never thought would ever happen.

We get invited to tour overseas, Scandinavia and the UK but the economics are prohibitive at the moment. The cheapest ticket out of here is over US$1,000, but Basmin now lives much of his time in the US and we hope to be a doing a tour there with two or three other Pakistani bands in 2018. 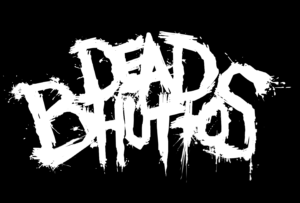 The band sings in Urdu rather than English, was this a conscious decision?

Yeah, a conscious decision. In previous bands most of our songs were in English but I noticed we always got a much better reaction in our audiences using Urdu lyrics in songs. I listen to a lot of Punk bands with lyrics in Spanish or Finnish and one thing I noticed was that it did not matter what the lyrics were as long as the vocal melodies and the energy of the vocals were good, then anyone can get into it.

I am guessing the political situation in Pakistan gives you a wealth of material for your lyrics.

On our new EP (Democracy Is The Best Revenge) we use lyrics taken from poems by the socialist revolutionary poet Habib Jalib. In Pakistani culture there is a tradition of turning old poems into songs, usually in folk music, and this is relevant to the current political situation in Pakistan today.

The song Democracy Is The Best Revenge is about the rise of the left and the Peoples party in Pakistan and how, when its leader and former Prime Minister Zulfikar Ali Bhutto was hung, it all fell apart.

People who come to our shows, at least 99% are into what we say, and are happy that someone is saying things different to the general generic patriotic stuff that is constantly broadcast everywhere. Our songs are not just against the current government, we have done songs against against every political party.

What about those who are not such fans of punk music in Pakistan?

Well we have had negative reactions. I was on a Radio Pakistan show, and was faced with comments such as ‘why are you playing this western music ?’. I was like “fuck you man”. People get upset by music being western, they see everything as western, whether it is Mariah Carey, Metallica, or the Sex Pistols, to them they are all the same.

We still love traditional Pakistani music, you can’t be restrictive and label it western or eastern, or even northern or southern, as it’s all music at the end of the day, for me the same as the Clash or Minor Threat. It is something I can relate to it.

A lot of traditional Pakistani music is good. You find traditions of resistance in a lot of it, which we continue. Aziz Mian was a Pakistani Qawaali singer who was hated by the Mullahs. He used to sing a song ‘Main Sharaabi’ which translates to “I’m an alcoholic” and his concerts, when they weren’t shutdown, used to end in brawls.

Are you concerned about your gigs getting shutdown?

Yes. We have already experienced this. In my previous band Foreskin we were playing a college gig and thirty seconds into the first song they pulled the plug. Apparently there were some hard cases behind it, and the gig quickly descended into a riot. We snatched a couple of mic’s to add to our gear and let them fight it out.

We even had problems with a video shoot, when we were using some empty alcohol bottles as a prop and the police were called and we ended up having to pay a hefty bribe to continue.

But it is still a great experience being in a band?

Absolutely. It does get very suffocating here, there are not many avenues to let out how you feel, and hardcore punk is a very cathartic exercise. You create your own space and circle, and get out of the mainstream and avoid losing your mind.

Problems are more magnified here than overseas. You have to stay underground, you don’t necessarily want your stuff played on the radio and heard by people prone to violent reactions. Its best to keep it in the underground circles, so if people don’t like it, well, they can ignore it.

Pakistan is a very good breeding ground for great underground scenes, there is lyrical content out there which has been untapped, and there are chances to do different kinds of music, even fusion. We are thinking of doing songs with local dhol players (dhols are a large double sided traditional drum). They can hit the fucking things fast, and keep up with us, so there is a lot of room for experimentation in Pakistan and that’s the good thing about being a band here.

You are not restricted by past bands or history, you have nothing to lose, so you make the music you want.

The Dead Bhuttos – Democracy is the Best Revenge EP. 2017

All words by Simon Proudman. More writing by Simon can be found at his Louder Than War author’s archive.