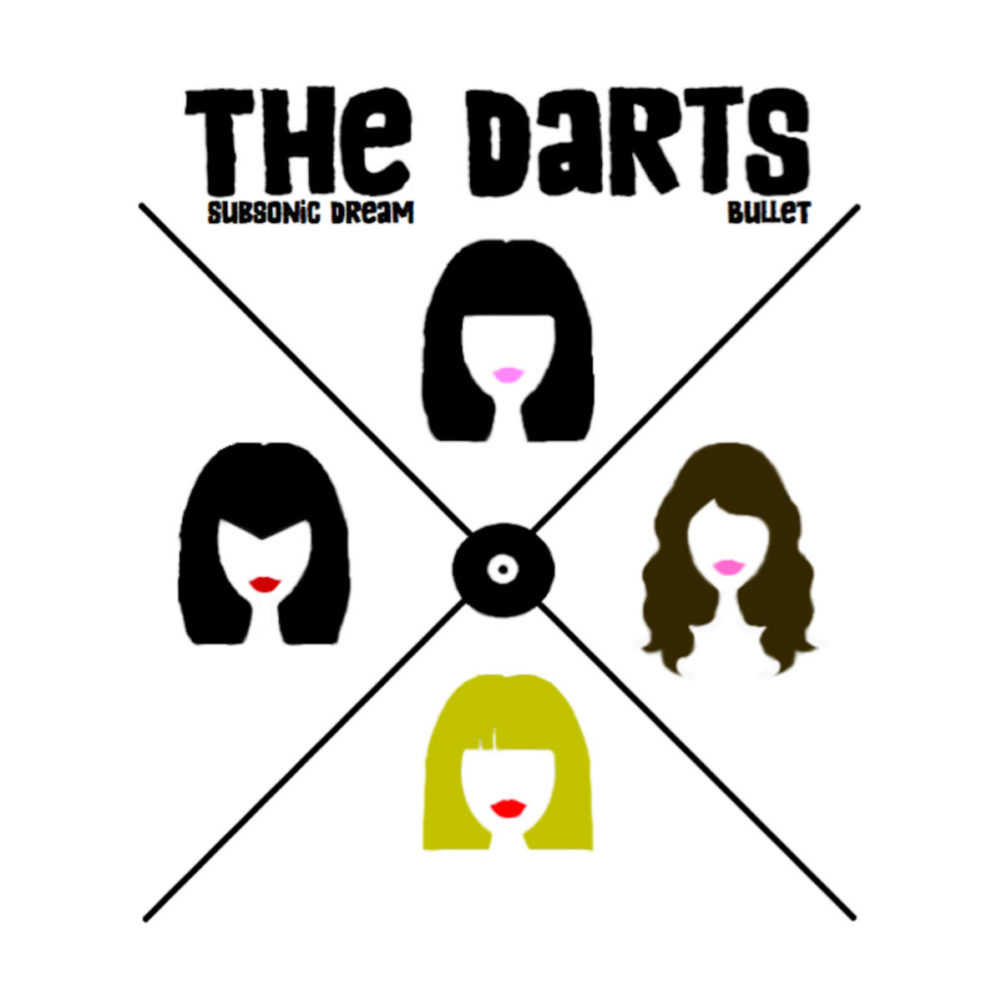 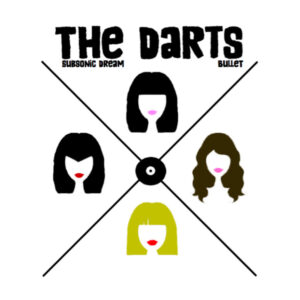 Arizona rockers The Darts return with two slices of fuzzed out desert garage rock as they (possibly) ready their next album. Their first 7″ is a collaboration between their label, Dirty Water Records USA, and Jello Biafra’s Alternative Tentacles Records.

Following up last year’s Me.Ow, garage rock quartet The Darts release their new single, and it’s a magnificent blast of fuzzed to the max rock that builds on their indelible sound and twists it further. Lead track Subsonic Dream crashes straight in with a bruising battering of propulsive guitars and drums, their signature organ propping up the track from beneath. Nicole Laurenne’s vocals swish and swirl, always with the danger of a cat o-nine tails waiting to strike. There’s a definite step forward in their sound. It’s one that sees them drenching themselves further in hallucinogen-induced desert rock, especially in the way Michelle Balderrama’s guitar work wails through a psych-dripping solo that oozes with menace. The rhythm section of Rikki Styxx (drums) and Cristina Nunez (bass) keep the song on track, reining in the chaos while simultaneously pushing it forward.

On the flip side, Bullet kicks up a more classic guitar riff to start things off before crashing into a Dead Weather-style whirling rocker. The guitar, bass, and organ meld together in the same riff to create a strong unified sound that pummels your eardrums. It’s definitely closer in style to their last album, but has been injected with still more adrenalin. The vocals are layered multiple times, overlapping and spilling out from one another to create a bewildering punch-drunk effect that hypnotically draws you in.

With these two new tracks The Darts may be teasing us for the release of a new album, or it could be a one-off shot from the dark. Either way it proves that they are stocking some blistering ammunition for their summer festival dates and are definitely ones to keep watching.

Listen to Bullet below: