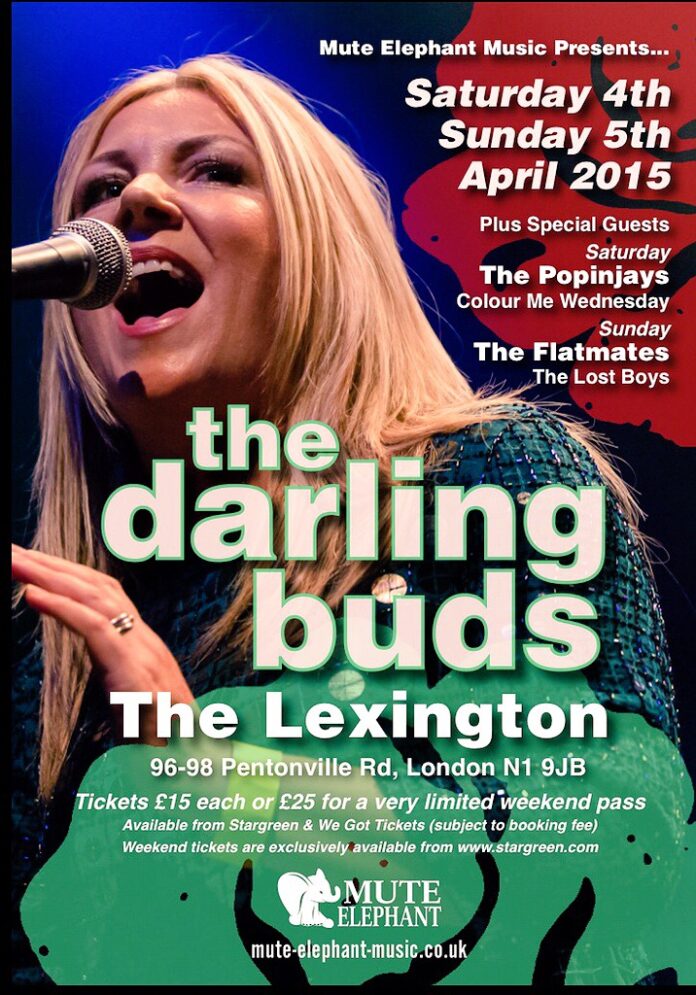 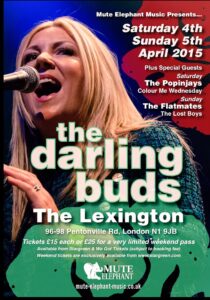 The Darling Buds play London’s Lexington on April 4/5 & NYC POPFEST in May, no other dates are planned.
The weekend will include a slightly different set from The Buds each night as well as the Popinjays first gig in 21 years.
The band are really excited about these dates and are treating each gig as their last for the time being.
They took from rehearsing to give us their top 10 favourite albums.

Buy tickets from the gig from here.

“There are a lot of bands around at the moment making a similar sound, but the Darling Buds I prefer to most of them.”
John Peel 1987

The Darling Buds top 10 favourite albums : number one : The Beatles – “The White Album”

Andreas favourite Beatles album, and unbelievably by today’s standards this was their 9th album. It’s captures them at a time of increasing tensions which could have been disastrous but resulted in a creative high. It sounds like 2 huge songwriters and personalities relentlessly throwing down song writing challenges to each other.