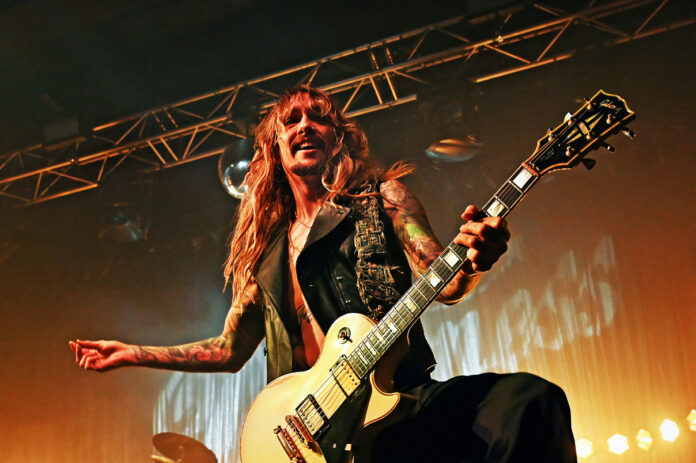 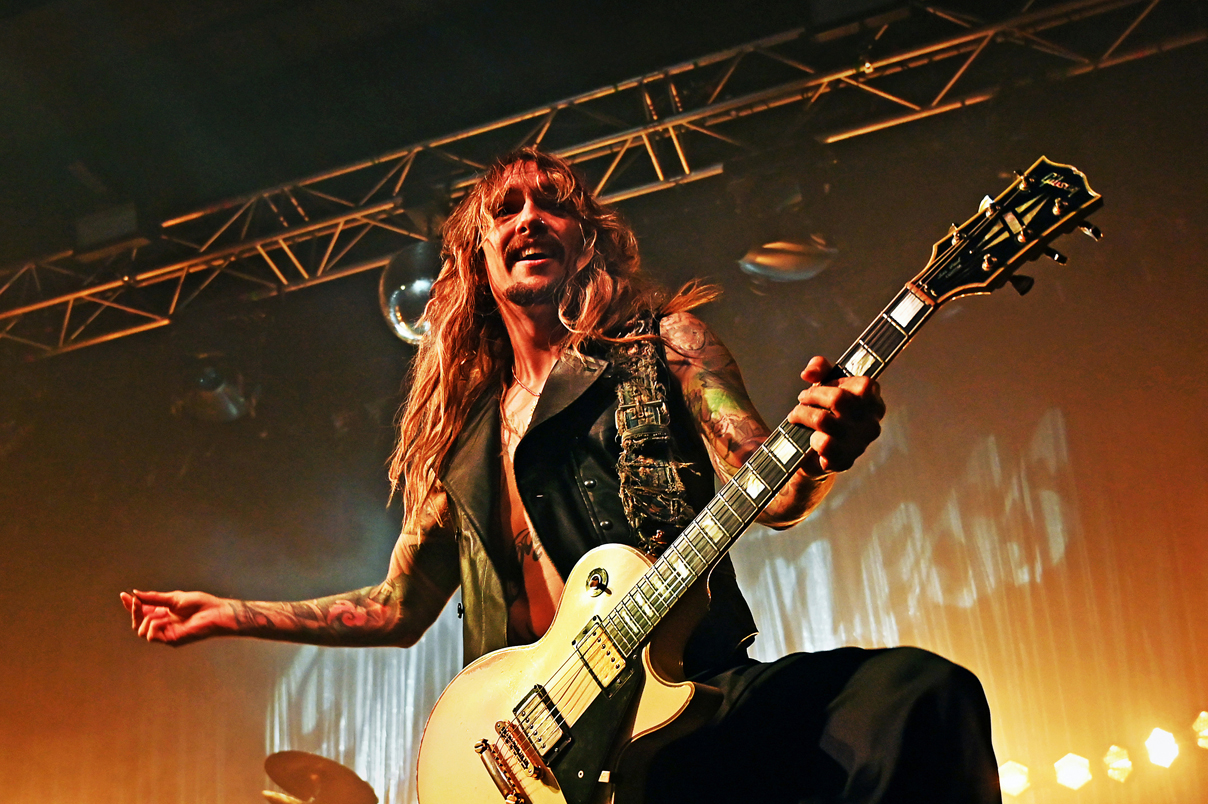 David Edwards believes in a thing called fun, as The Darkness and Massive Wagons give him reason to smile amidst the chill of winter…

I can’t remember many times where I’ve seen more t-shirts being worn for the support band than the headline act since the last time Rival Schools were first hitting the scene, so that’s an immediate plus for Massive Wagons. And in fairness, you can see why. There are definite elements of The Wildhearts, early Foo Fighters and Terrorvision in their sound which is big, blunt and in your face whilst retaining a tugging emotion and wistful nostalgia. Most of all though, they are just damn enjoyable. They have a good line in stomping anthemic call-and-response chorus and they look thoroughly chuffed at the huge reception they receive from the crowd. This kind of rock is a tricky balancing act and Massive Wagons stay just on the right side of sincerity without taking themselves too seriously. 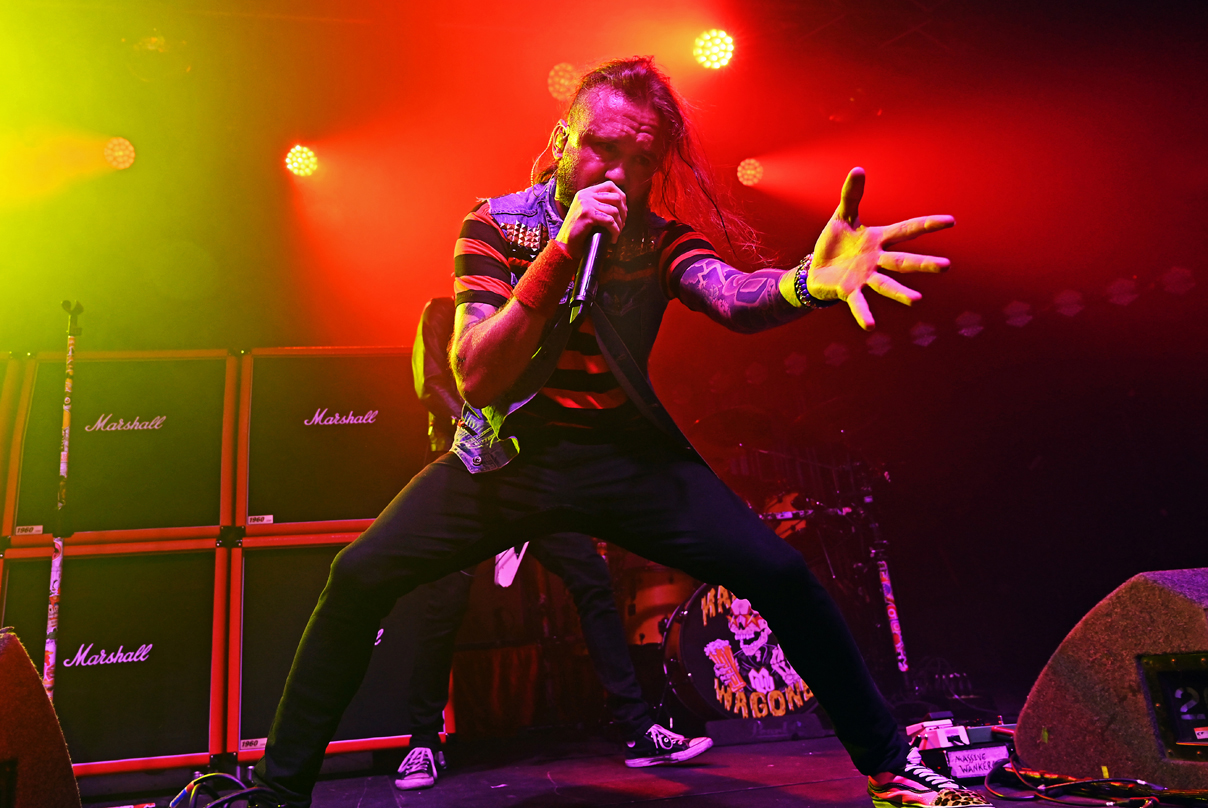 Taking oneself too seriously has never been an issue for The Darkness. And for that we love them. One of the things that people failed to “get” in the brief period of luminosity that the band had between 2003 and 2004 was that amongst so many of the moody, introspective bands that were kicking around on the scene at the time (bands I rather liked, incidentally) there was nothing pretentious or cynical about The Darkness. They just had a weird and scrotum-yanking line in clothing, Les Paul guitars, a thorough knowledge of the pentatonic scale and some damn fine rock songs. 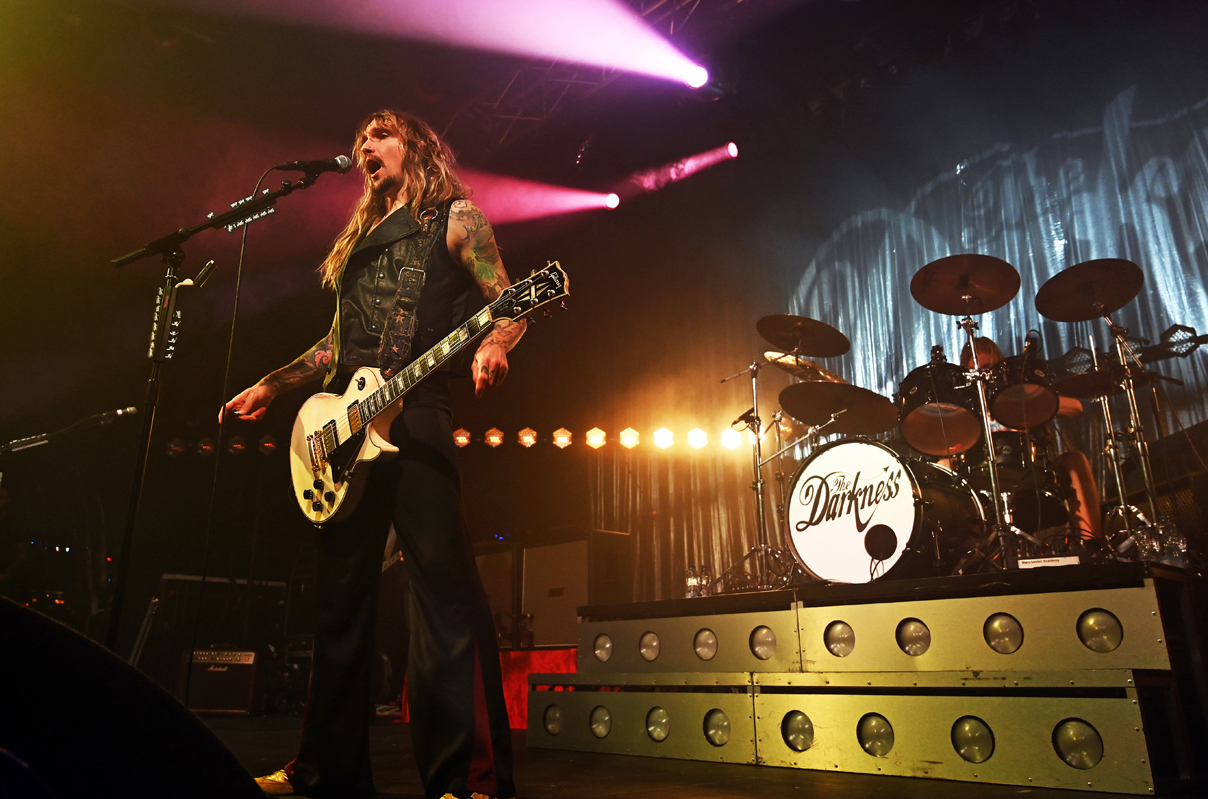 And so it goes tonight. Nearly twenty years on from their breakthrough, The Darkness remain stonkingly good fun. The kitchen sink is thrown at proceedings, quickly followed by all other white goods items as the band stomp, squeal, fret-tap and falsetto through a set of glittery, unabashed rock that can’t help but shake a smile. The last time I saw The Darkness was at T-in-the Park 2004 and aside from the merciful decision not to play their cover of Radiohead’s Street Spirit (Fade Out) – Google if you dare – the sound and approach is broadly similar to that which it was back then. The more things change, the more things stay the same. 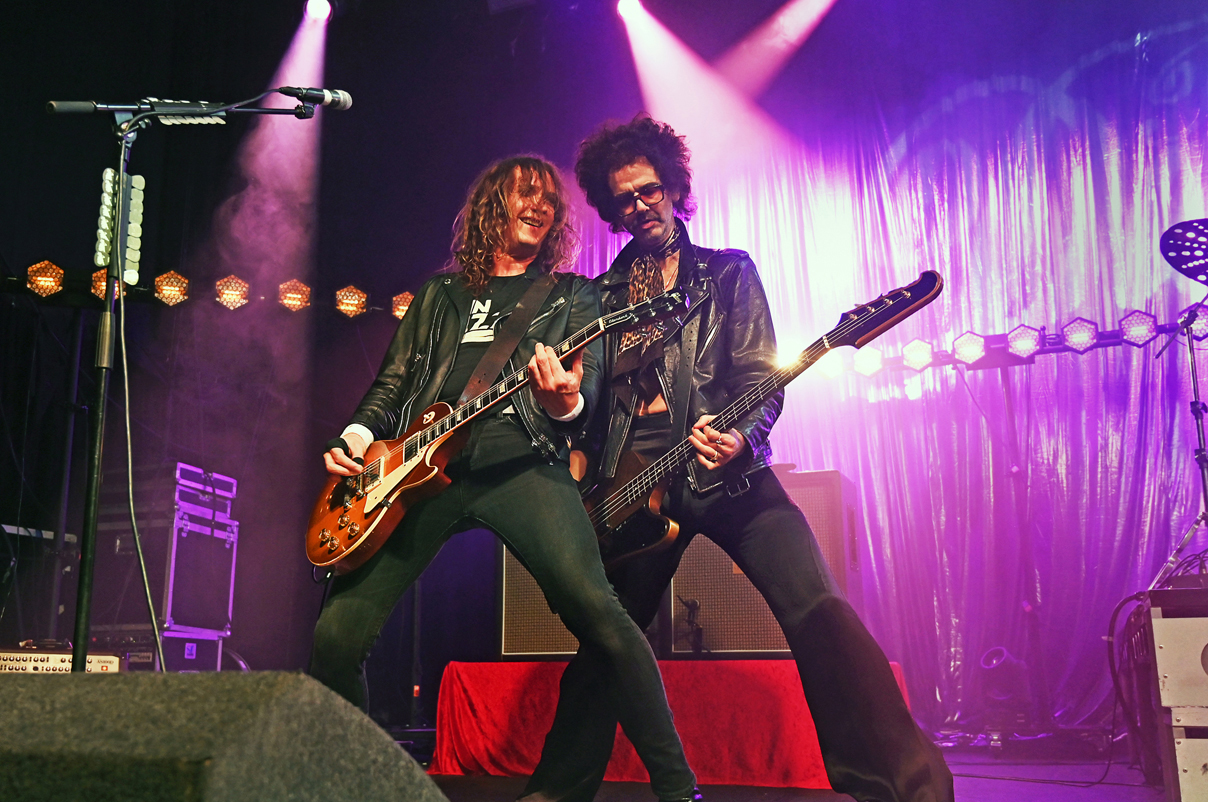 And it is a genuine joy. Yes, it drops a bit in the middle when they play their newer stuff, though the band are still quite excellent and Justin is comprehensively engaging throughout, trying to stoke the old Mersey/Manc rivalry at every opportunity. But you care not one bit when the big guns are wheeled out. Growing on Me is a cock-joke welded to a dynamite chorus, Friday Night remains surprisingly emotional and when they drop I Believe in a Thing Called Love the place goes berserk. It’s a reminder of a simpler time before the tribal divisions of now, when just enjoying a fun, daft and deftly constructed rock song was perfectly acceptable.

And certainly, the crowd tonight feel the same. As if to prove their lack of pretention, the band give the crowd precisely what they want by emerging (bedecked as Christmas trees, puddings and…what is that?!) to blast joyously through Christmas Time (Don’t Let the Bells End) to a delighted, fuelled and fully festive audience. It is big, it isn’t overly clever, but it is bloody good fun. And heavens above, don’t we need more of that right now. Frankly, I had a bloody ball…

Pictures by Trev Eales. All copyright to him. See more of Trev’s work here