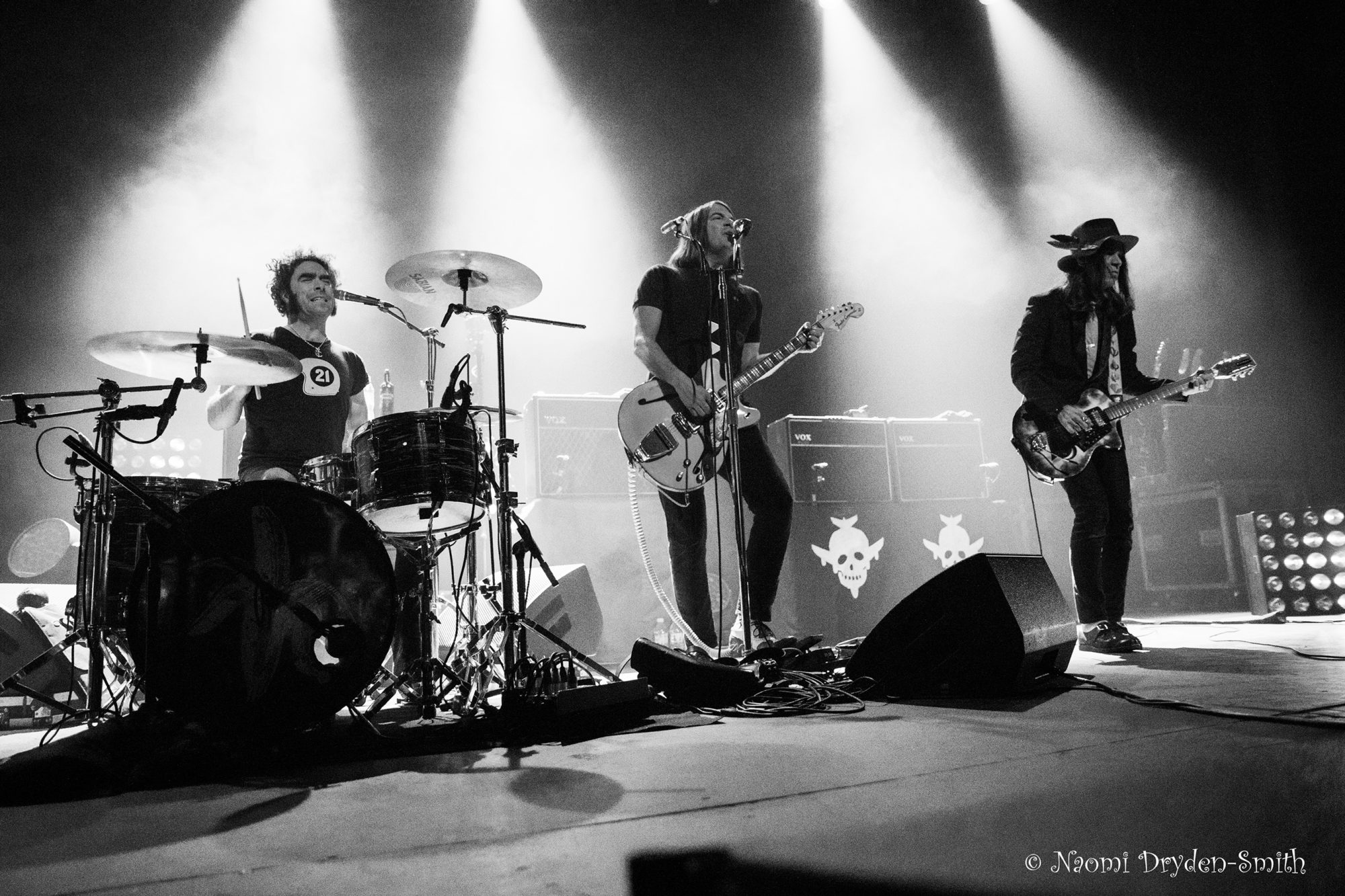 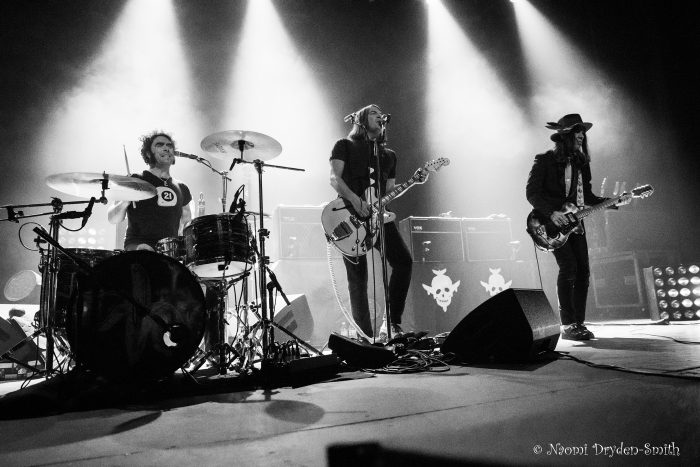 Naomi Dryden-Smith went to check out penultimate night of The Dandy Warhols’ US and European tour London’s Roundhouse, supported by Welsh rockers Telegram

New bands don’t get much better than supporting The Dandy Warhols on a tour of America and Europe off the back of a new album, and coming home to roost in the Roundhouse. Telegram’s strutty sparky 70s glam-influenced garage rock seems more polished and slick after being on the road for so long, and they appear undaunted by a larger London venue than the more intimate Lexingtons, Moth Clubs and Domes that they have been used to. High points of their set are recent single You Said You Saw Us and a rousing final Folly (not to be confused with Follow – although that’s also pretty good too). There is a slight sense of fatigue though, perhaps not surprising after a gruelling few months. Interesting to see what happens next for this band. 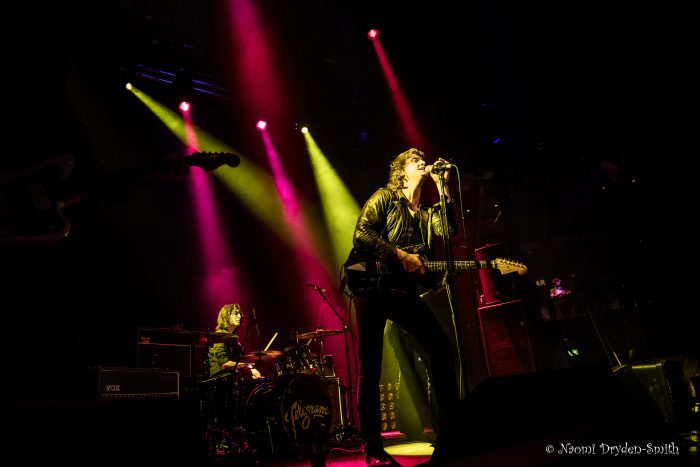 With an opener to rival the Cure’s habitual Plainsong, alt rockers Dandy Warhols emerge silhouetted in blue light and fill the Roundhouse with the epic Be-In, featuring trade mark Dandies laid-back guitar strums, vocal harmonies and air-shaking synths. It’s followed by the irresistible jump-along Get Off (not easy to take photographs to) and several hundred “hot diggity dogs” echo off the famous round roof. 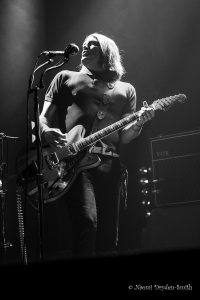 After 6 or 7 songs, Courtney casually announces they’re “just getting warmed up”. The set features a range of songs from every album spanning their
23 years, all showcasing Zia’s synth-mastery, Courtney’s distinctive vocal, and masterful drums and basslines from Brent and Peter. Particular highlights are Courtney’s acoustic Every Day Should Be a Holiday which, of course, turns into a massive sing-along, and other classics We Used To Be Friends and the very popular Bohemian Like You – sadly, the power of car advertising has made this the only song some people know the Dandys for, a shame as they have so many equally good, fantastic songs, but fans remain grateful that it didn’t propel them completely into the mainstream.

There are also welcome appearances from the more recent STYGGO and You Are Killing Me, the latter a wonderful juxtaposition of rejection and desperation presented in a melody far too catchy and singable for the subject matter. Both of which help to make the Dandys-sound drenched Distortland the great album that it is. Committed fans are by now used to guest appearances by Adam and the Ants’ bassist Chris Constantinou playing flute and The Specials brass section’s Jonathan Read and Tim Smart, helping perfect the radio-friendly brace of the brilliant (and arguably a main highlight) All The Money Or The Simple Life Honey and laid-back Godless and their addictive trumpet riffs.

The Dandys preference for linear staging, with Brent and his drums sitting level with the rest of the band, adds to the inclusive feeling that pervades the evening – sometimes it feels like a brilliant jam session. The Dandys devotion to their fans above everything else is compounded at the end of the gig by Zia inviting the entire audience for a drink at the Lock Tavern pub. 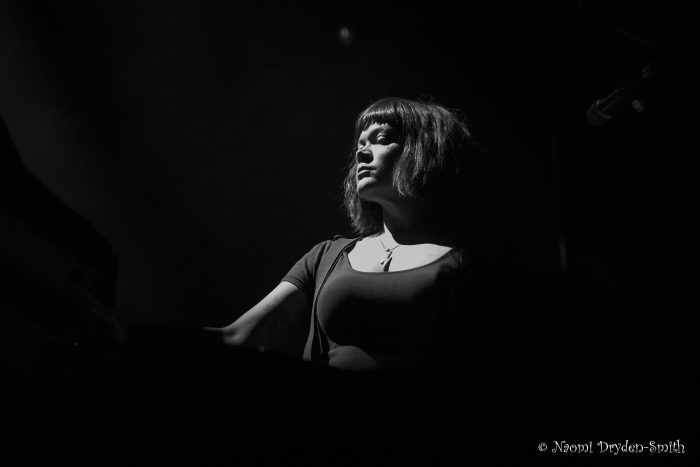 “Operator” was released on 5 February 2016. You can keep up to date with Telegram on Twitter and Facebook