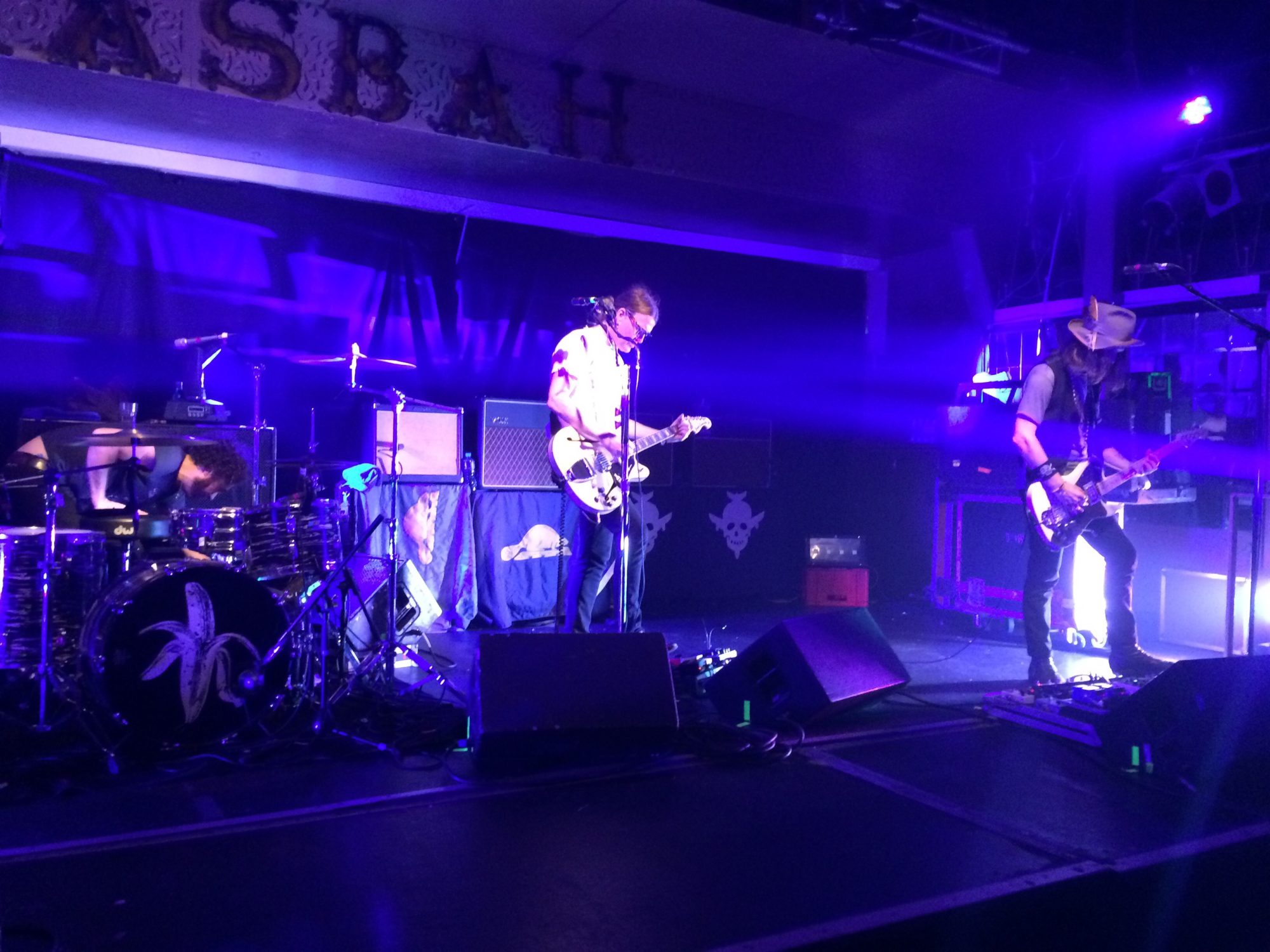 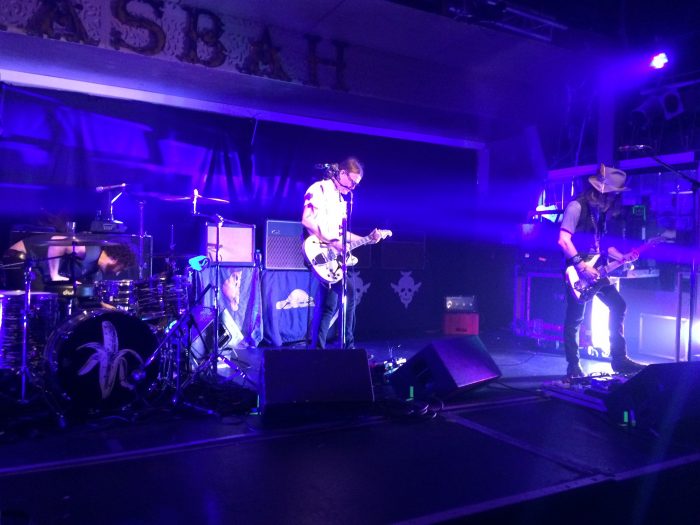 Courtney Taylor and co mark their first visit to Coventry with a set that articulates the band’s brand of unashamedly vain indie rock. Sam Lambeth discovers whether or not the Dandies still rule OK.

For a band that achieved worldwide success at the turn of the noughties, it seems somewhat surprising that The Dandy Warhols simply stroll onto the stage, as casual as the roadies that preceded them, and shake hands and smile with the front row like a heart-warming scene from American Pie: The Reunion. You get the overriding feeling, though, that for all their past globe-gobbling antics, Courtney Taylor’s cabal are much more content in venues as simplistic as the Kasbah, which they prove in a set that doesn’t skimp on the hints.

The Dandy Warhols have always courted divisive fans when it comes to their back catalogue, but their Coventry debut is a reminder of the surprising quality of their collection – beginning with cast-iron opener ‘Be-In’, it is the perfect introduction to Taylor’s simplistic guitar chugging and Peter Holmstrom’s effects-laden soundscapes. The rollicking ‘Get Off’, the sobering Evan Dando co-write ‘You Were the Last High’ and hazy jangle of ‘Good Morning’ all demonstrate the myriad styles of the Oregon stalwarts, as well as their commendable songwriting chops.

The foursome are in high spirits, Taylor dressed like an off-duty marketing officer – specs, sharp brogues and white belt – and multi-instrumentalist Zia McCabe a bundle of relentless energy as she pounds the bass on the pulsating ‘Plan A’ or pulverises the tambourine on the warped country rock of ‘Minnesoter’. The band’s new album, Distortland, is easily their best in a decade, and the brooding groove of ‘STYGGO’ and the blistering ‘Search Party’ fit in seamlessly among stone-cold hits ‘Godless’ and ‘We Used To Be Friends’.

‘Bohemian Like You’ and ‘Boys Better’, two sneering, preening diatribes against an erstwhile hipster culture, still carry a heavy resonance, and as the Dandies bound offstage, again locking hands and bearing teeth, you realise so do the band themselves.