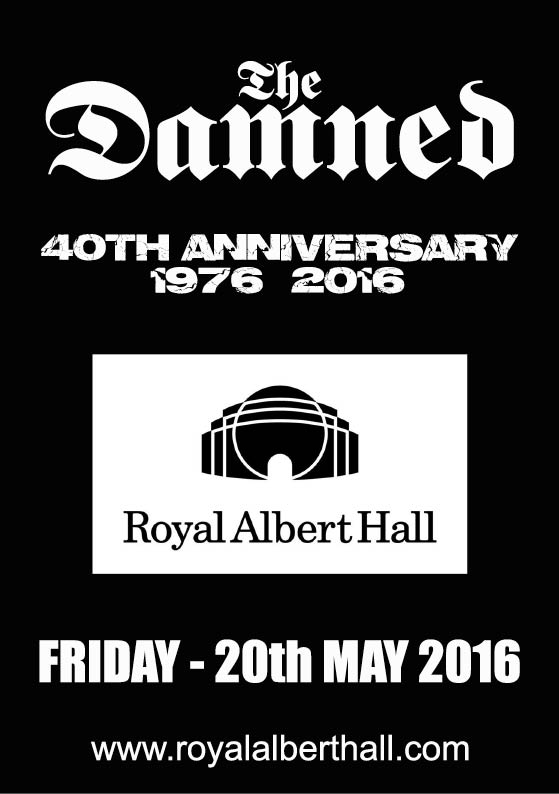 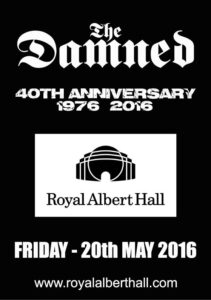 The Damned announce 40th Anniversary at The Royal Albert Hall; May 2016

The Damned have overnight announced they will be marking their 40th Anniversary with a spectacular gig;

The show is an All Ages event – Note: No under 5’s. No access to the standing Arena for children under 14.