Home Blogs The Current Northern Soul scene: Is it just nostalgia or a vibrant... 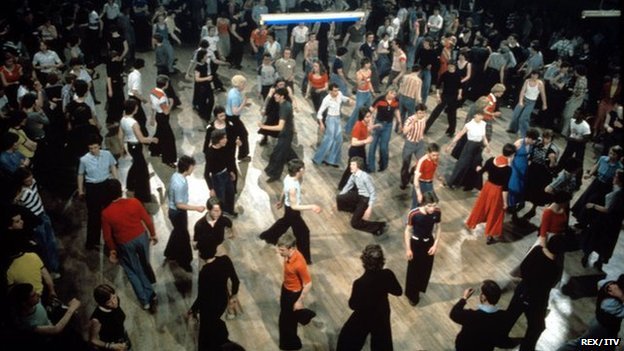 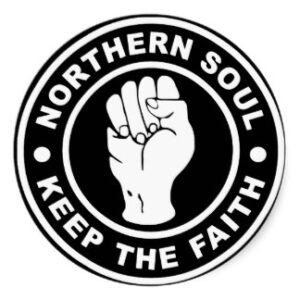 The underground music and dance youth movement known as Northern Soul has survived well over fifty years since its emergence in the nineteen sixties, but are the 21’st century “all-nighters” just men trying to relive their youth or are the kids generally interested in it?

Northern Soul was born out of the British mod scene and is an obscure style of black American soul music based on the heavy beat and fast tempo of the Tamla Motown sound. Many of these recordings where by lesser known artists but were often the most sought-after records. In the unlikely settings of Wigan and Blackpool the movement was fuelled by dancers with a love for amphetamines and a combined passion for soul music.

One of the first clubs to play Northern Soul music was the legendary Twisted Wheel in Manchester; it opened from 1963 and closed in 1971 just before northern soul reached its most popular point in the nineteen seventies. While most UK nightclubs in the sixties played popular rhythm and blues and soul music, the dj’s at the Twisted Wheel were notorious for spinning rare northern soul records that had been imported in large quantities from the USA. At the Twisted wheel they put on “all-nighters” which ran from late Saturday night until about seven o’clock the next morning.

The organisers and owners put on well-established soul artists such as Marv Johnson, Junior Walker, Edwin Starr and Oscar Toney Jr every week from 2:00am. Despite the wheel’s growing reputation for playing the most rarest and hip Northern Soul records the night club closed down in early 1971 because of a bylaw which prevented premises from staying open more than two hours into the following day. And following many public protests from adoring fans from across the country the physical structure of the night club was finally removed from the Manchester landscape in 2013, as was demolished to make way for a newly built hotel.

In the 1990’s and early 2000’s a desire for Northern Soul lessened somewhat and there were less events up and down the country and the scene was less covered by the media. Having said that, in the last ten years or so more Northern Soul events and clubs have opened to quench ones thirst for some Northern Soul nostalgia.

Alan Olbison is the owner of the Ritz Ballroom in Brighouse who puts on a wide range of alternative events including; Ballroom dancing, Rock & Roll Nights, Tamla Motown / Soul Nights, Ceroc and Northern Soul Nights. “We have been putting our Northern Soul Nights on for the past 16 years and the mini “all-dayers” for the last 5 years”, Alan claimed. The Ritz’ resident DJ is Ginger Taylor who has been a big name on the Northern Soul scene for the last 40 years. Olbison declared, “Ginger Taylor is the top Northern DJ in the world… say no more! The Northern night took off straight away, and for many years it was that busy it was one out one in. It slowed off a bit for a couple of years but still busy, but the last 12 months has seen it pick up again”.

The original Northern Soul scene was definitely a youth culture, similar to Mod culture and the Casuals of the late nineteen eighties. The scene thrived off music and fashion. When asked about the age ranges that attend and whether the events they put on were a throwback to the legendary clubs like the Casino in Wigan and the Blackpool Mecca, the Ritz owner replied, “Northern soul is most definitely nostalgic, the age group that attend ranges from 18 – 70years. “Some customers still live in the sixties or seventies turning up on old sixties scooters with their Fred Perry shirts and brogues on their feet carrying there Northern bags full of badges. Saying that some of the young lads seem pretty keen, it’s good to see some young faces”.

The Ritz ballroom attracts hundreds of people from across West Yorkshire and beyond at every Northern Soul event. Just like 40 years ago the scene is still very northern based with the best all-nighters and all-dayers popular in working class towns such as Halifax, Burnley and Bradford. The events across the United Kingdom prove that the older generation are still passionate about their once underground scene, but it’s no secret that the younger generation from 18-25 are genuinely excited by it. Like any underground subculture which was massively popular with young people, it gets rediscovered by young people today. It happened with the mods and it’s happened with the Northern Soul scene, and it’s at their disposal too- unlike 50 years ago there is many a Northern Soul compilation, books, rarities on YouTube and Northern inspired radio shows. One person who knows a little about the music itself is promoter and DJ Kev Roberts who has listened to this obscure type of soul music for over forty years. “I got into Soul in 1969 and then progressed into more of the underground stuff once ‘Hey Girl Don’t Bother Me’ made No.1 I the Pop Charts”, stated Kev.

Northern Soul had a huge influence on DJ culture, which many believe led to the emergence of superstar DJ culture in the noughties. The DJ’s built up a loyal following where they could find the rarest records and the ones they couldn’t find anywhere else. Notable Hacienda (Manchester) DJ Mike Pickering has stated his on-going influences that stem from Northern Soul DJ’s when applying sequencing techniques to their sets to create euphoric highs and lows. Something that super club DJ’s are now well renowned for. When speaking about the younger age band wanting to become DJ’s Kev said, “The past few years have seen a massive influx of younger souls wanting in on the scene. A fair few are becoming DJs and that’s a good thing. I want as many younger kids to follow on from me, most of them seem really passionate about it”. 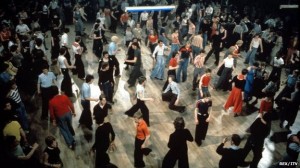 Although Roberts spoke about their desire for Northern Soul he stated, “They are more modified. I think the bags and patches brigade are more for 70’s die- hards”, referring to the Northern Soul cotton badges that they would sew on to their messenger bags, vests and jackets.

Kev currently hosts the “world northern soul dance championship weekender” at Blackpool tower which just concluded last month. “We started in 2007 at Blackpool Tower which as a venue is perfect for such a spectacle. It’s a freestyle anyone can enter competition and for the first time projects the scene worldwide” Roberts claimed.

Although the promoter claimed “the all-nighters are far superior today! It doesn’t get much better than the Kings Hall Stoke and Blackpool Tower”, he admitted, “There’s not many current artists who are compare to the older stuff at all. Artists take bits from soul artists and compliment it into their own music but it’s a bit tough trying to compare today’s acts to Jackie Wilson, Marvin Gaye and Aretha Franklin”.

Roberts has also recently compiled and released “The Northern Soul Top 500”, “A book that carefully segues the scene’s most popular songs from the Rarest to the rare”. It’s also been quoted as the “best-selling book on the genre”.
Roberts said of the book, “The scene needed a chart to see what the most popular songs are and why. The tricky bit is people’s opinion changes all the time, but Frank Wilson’s ‘Do I Love You’ remains the favourite with many”.
Do I love you is Wilson’s only Motown hit and was not discovered until the seventies. Released on the Motown subsidiary label Soul, the track is well regarded as the rarest Northern Soul record with approximately only 250 original pressings of the track.

In the past few years the subculture has come back into the forefront of the media and since the beginnings of YouTube people often upload documentaries and iconic clips of the Casino and the Blackpool mecca in its heyday. 2010 British film ‘Soulboy’ set in a 1974 Stoke-on-Trent documented the coming of age of a 17 year old working class lad amidst the northern soul scene. Manchester band the Courteeners also included Northern Soul dancing in their recent video for ‘Are You in Love with a Notion?’

Avid Northern Soul fan Stephen Sykes from Halifax has been involved in the scene for nearly forty years. “I first got involved when I was just 18 back in 1974.I was in the army in Aldershot and a guy there was playing Dobbie Gray’s ‘Out on the Floor’ and from then on I was hooked, I still listen to it today”.

“I hit my first all-nighter at Camberley Cricket Pavilion run by the international soul club… it was awesome!”. Unlike Kev Roberts, Sykes believes the modern day Northern Soul events are nothing like the original ones claiming, “Events now are nothing like back in the day, the music and most of the people are the same but we are just a little past it to go all night.

“The all dayers are poor now compared to the all-nighters, I recently went to one in Halifax at Bar 11, and it was empty”.

Although admitting the events now are nothing but a poor throwback to the seventies he added, “The young ones I have seen seem really into it. It is a nostalgia thing for the older ones and it takes you back to the day but we need some younger people getting into the scene to carry it in years to come. Hopefully some will become DJ’s, promoters and organisers and the events will continue to run”.

Sykes also admitted the younger ones who visit the clubs are out dressing the older generation now. They dress like we used to with the t-shirts with badges on but we’re all a bit old to dress like that now. They definitely look cooler now but I’m not sure about back then”.

The Northern Soul fanatic also visits the Ritz ballroom in Brighouse on a regular occasion declaring, “It’s probably the best one in West Yorkshire from my own experiences and it’s the most similar to the old clubs. I’ve heard the Blackpool Tower is good”.

It’s clear to see that the younger ‘soul boys’ (and girls) that are getting into the scene, collecting records and visiting the clubs are ‘keeping the faith’ in the working class areas. The beat goes on.

With thanks to the interviewees:

More information about the Northern Soul scene can be found here: soul-source.co.uk.

All words by Josh Norcliffe. More writing by Josh on Louder Than War can be found at his author’s archive.