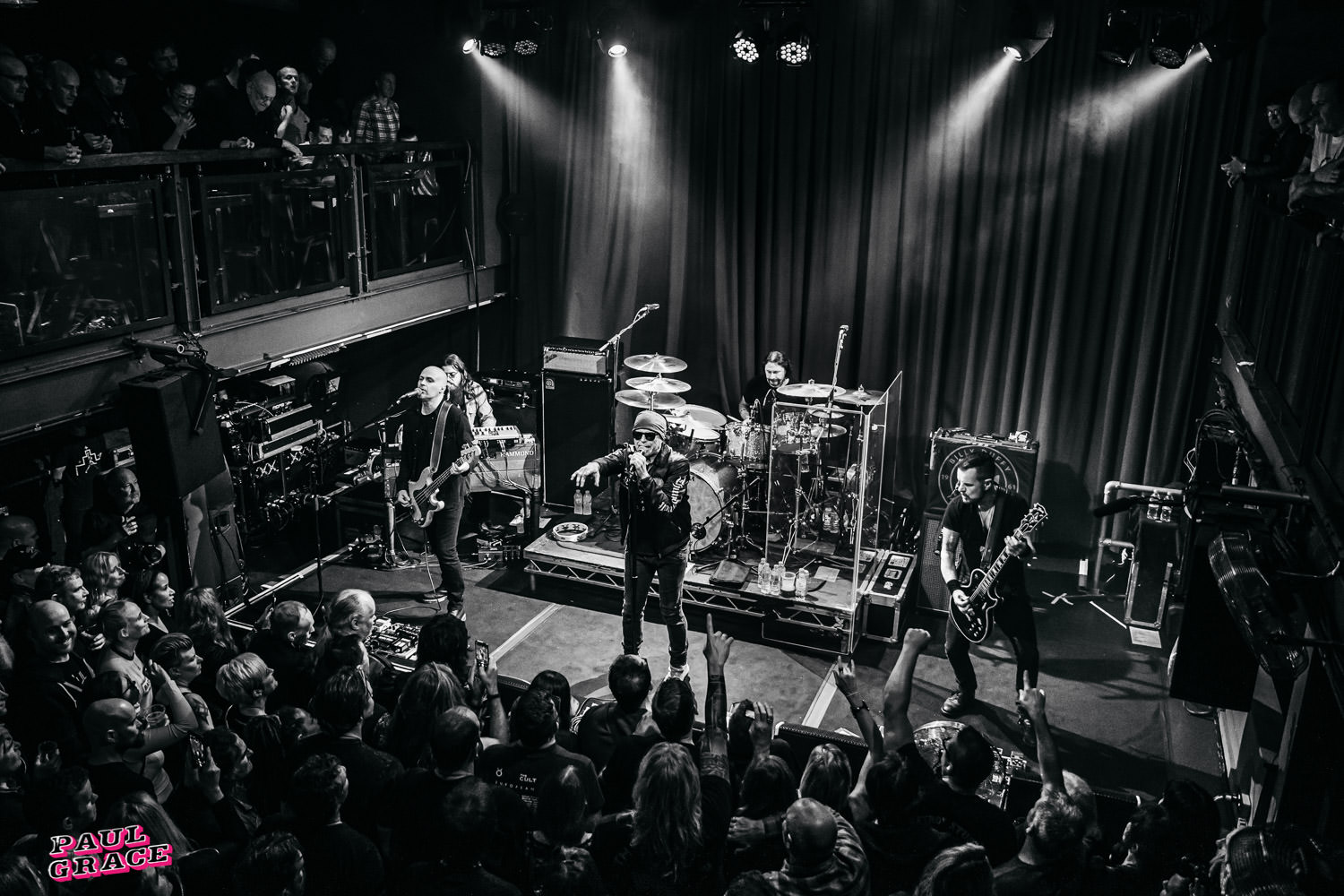 The Cult play a rare intimate club date on their UK arena tour, in a nostalgic return to their roots. Paul Grace enjoys the trip down memory lane.

The first time I saw The Cult was in Cardiff in 1987. They’d just released Love Removal Machine, the first single from forthcoming album, Electric, which signalled a progression in sound for the band. Gone were the goth-tastic shimmering chords and wispy vocals replaced by raw metal riffs and a fuller stadium-sized voice; a suggestion that American Producer, Rick Rubin, had taken the band into a far heavier direction. A couple of weeks later Electric arrived, and the new harder sound was confirmed.

The Cult, that night, left me in total awe and Ian Astbury’s performance was nothing short of stellar. Covered head to toe in saliva for most of the show (Welsh goths had a pretty punk mentality and were still spitting at gigs), Astbury’s vocal range and fancy footwork would have turned Jim Morrison green with envy, while Billy Duffy’s fretwork was up there with the likes of Jimi Hendrix and Jimmy Page. A true baptism of fire; my love of alternative rock was well and truly ignited.

The new sound may have alienated a lot of the original goth fans, but Electric gave the band massive rock crossover appeal and went on to spend over half a year in the UK album charts. The follow-up, Sonic Temple, saw a further evolution in style with the band venturing into more American/commercial hard rock territory.

That was three decades ago (yikes!) and to commemorate the thirty-year anniversary, the band are taking Sonic Temple on a global tour. This was the album that catapulted The Cult into superstar status and which remains their most commercially successful release to date. The Cult still easily sell out 5,000+ capacity arenas, the venue for tonight’s show, however, is the tiny 500 capacity Subterania.

The atmosphere is thick with excitement as I arrive and the room is packed with a seriously cool crowd (I spot Sex Pistols’ drummer, Paul Cook, amongst the musos). There’s no support and at 8.45pm sharp the house lights dip as deafening screams fill the room. 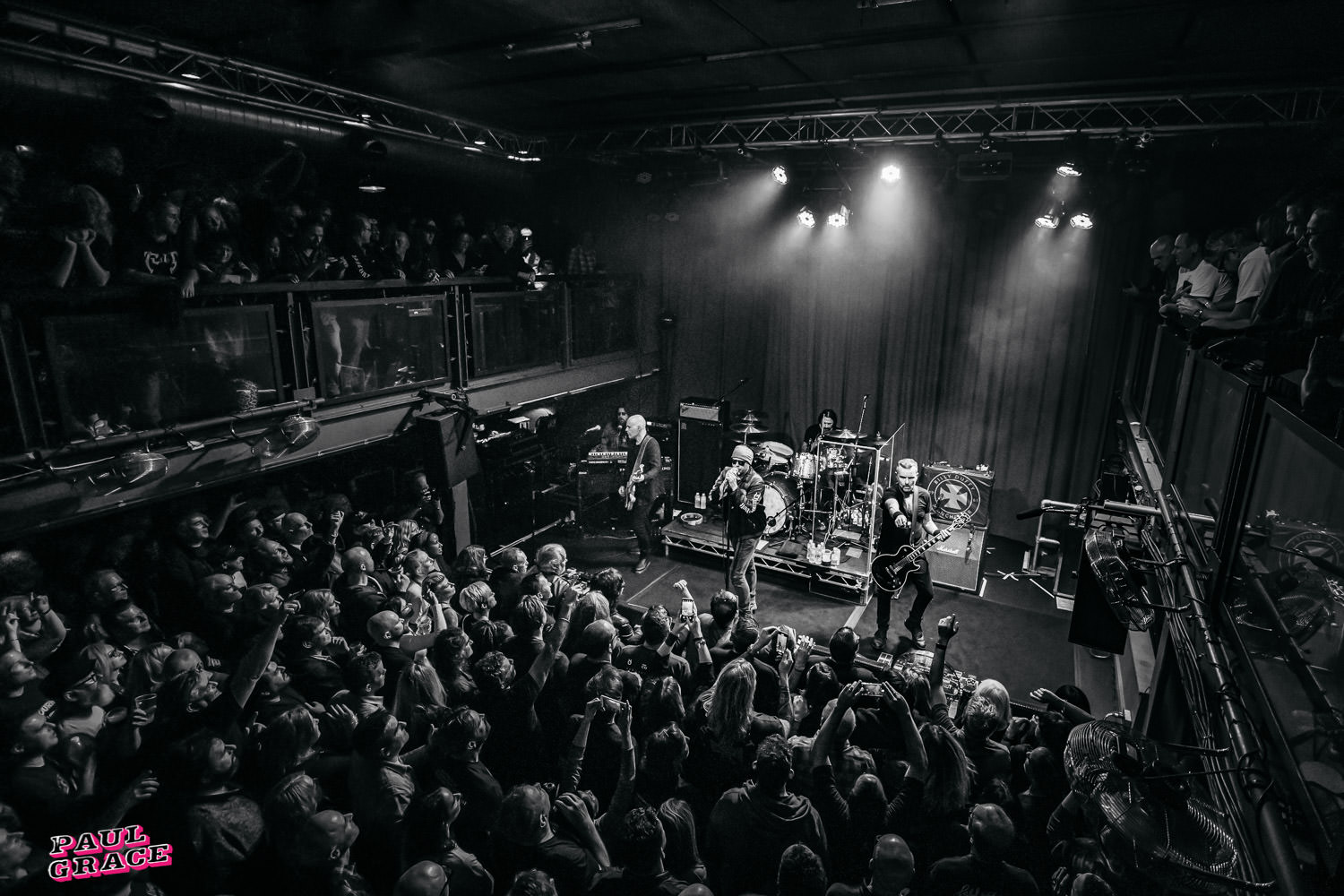 It’s no surprise that they start with the first track from Sonic Temple, Sun King. On the opening riff Billy Duffy strikes THAT pose (check Sonic Temple album cover), Ian Astbury follows closely behind sporting Thelma and Lewis fierceness (bandana and shades), and the room erupts in celebration. It becomes apparent very quickly though that this show is not just about Sonic Temple, and that tonight features more of a general selection of classics spanning their whole career. Most of the set, moreover, comes from their first three albums; Dreamtime, Love and Electric.

As Astbury introduces 83rd Dream, he tells us that it’s the first time they’ve played it “in over thirty fucking years”. Its execution, however, is flawless. Ahhhh…it actually feels like I’ve stepped into a Mr Ben-style time machine, and when I opened the door I was back in that Cardiff gig in 1987. Only with less gob. 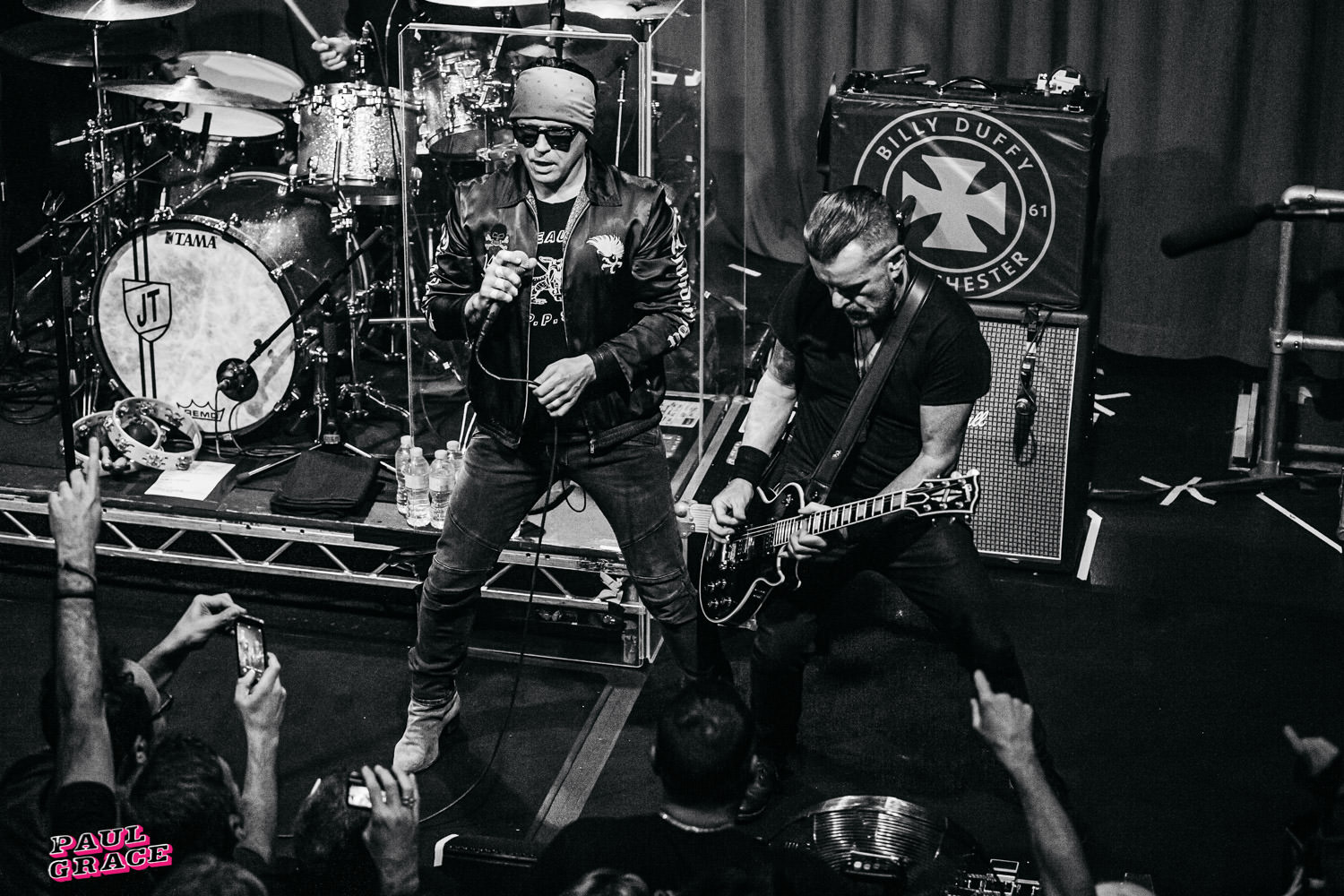 Between tracks, the singer expresses gratitude and tells us he is both humbled and surprised that we still make the effort to go to their shows (there’s less American twang these days and more scouse realness), and there is also reference to the band’s troubled years (“It wasn’t always easy”). His singing voice is the winning card though as he reaches those high notes with ease (and we all know some of those notes are very high). Kicking like an excited pony, he shakes the tambourine like a man possessed, while Duffy slams the guitar in equally formidable fashion. Duffy’s classic axe pose now seems far more authentic, as if, through the decades of experience, he’s earned the right to pull those shapes. Ah yes, age has been very kind to this man.

It may be only Astbury and Duffy who remain from the original band, but the current lineup is clearly a winning formula, with Grant Fitzpatrick on low-end frequencies, John Tempesta drums and Damon Fox on keys.

Towards the end of the night, the set reaches its peak (and I lose my shit!) during personal favourite, Nirvana. The Cult close with Spiritwalker only to reappear moments later with an explosive version of She Sells Sanctuary. A truly perfect ending.

I’ve seen The Cult play a few times since that Welsh baptism of fire, but they never were quite up to the mark. Until tonight that is and what we are seeing is a true return to form. So what’s changed? Perhaps it’s the tiny venue? Perhaps it’s the older tunes? Perhaps demons have been laid to rest? One thing is certain; the magic has returned and everyone in the room is beaming with gratitude.