Home Music Reviews Album Reviews The Cribs: For All My Sisters – album review 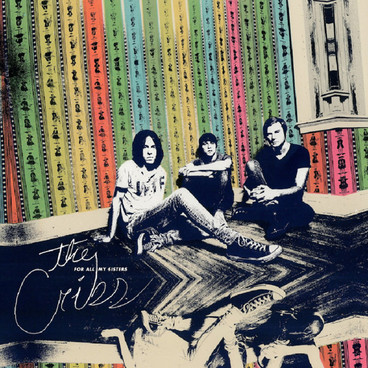 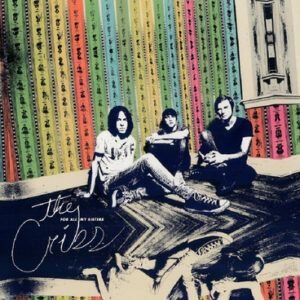 The Cribs – For All My Sisters (Sony)

As anyone who owns a Cribs album will vouch for, they don’t do much quietly. That is except from managing to very quietly become one of the biggest guitar bands in Britain over the last decade. Unlike any number of their contemporaries, the brothers Jarman have thankfully never dealt in bravado or swagger, just a Stakhanovite work ethic and staggering consistency. Indeed, it’s perhaps this consistency that’s worked against them over the years – what is there to discuss about a band solidly peddling away brilliant records? With ‘For All My Sisters’, the Cribs find themselves at something of a crossroads – having parted ways with their indie alma mater Witchita Records last year and graduated to major label Sony with one eye on the US market. Quite a feat for the band once more likely to be found in A&E than the top twenty (their inability to avoid chaos and injury was always one thing to assure them column inches).

After exhausting the British indie box of tricks (albums produced by Edwyn Collins and Alex Kapranos, a highly successful collaboration with Johnny Marr), ‘For All My Sisters’ is the second Cribs album now to be steeped in another altogether different box of tricks – US early 90’s rock, primarily grunge. The woozy thrashings of Weezer’s ‘Pinkerton’ endure as a real touchstone for the band, not least on the infectious ‘An Ivory Hand’ and the swells of feedback that punctuate the record. And whilst ‘For All My Sisters’ is a much less dark affair than 2012’s blisteringly bleak ‘In the Belly of the Brazen Bull’ – penned in a period of notable inner turmoil for the band – there is still much of the self-laceration of Nirvana circa ‘In Utero’ to be found here.

Though as joyous a slice of indie punk as the Cribs’ have ever produced, ‘Diamond Girl’ hints at demons with its shouted chorus of “we’re not as straight as they want us to be”, likewise when ‘Simple Story’ questions “maybe I need to be on something to understand just what all this means”. Indeed, it’s ‘Simple Story’, hauntingly sparse in its arrangement, that serves as one of the album’s real highlights – a potent reminder of Ryan Jarman’s unique gift for songwriting as hooky as it is harrowing. The whirring synths at the close of that track are just one of the reminders that the producer for this record – having been on the band’s hit list for some time – Ric Ocasek of the Cars, who rightly does little to reign in the band’s spiky exuberance, instead focusing on embellishing the gorgeous pop melodies at play throughout the record. And there is no shortage of those – the thrilling, anthemic ‘Summer of Chances’ could have been grown as an earworm in a Petri dish. ‘Different Angle’ and ‘Mr Wrong’ are solid doses of classic Cribs, albeit occasionally quagmired in something of a perma-adolescence, whilst the single ‘Burning for No One’ is an excellent exercise in clipped, Costello-esque new wave.

As the album’s title would suggest, the gender politics explored in the band’s breakthrough album ‘Men’s Needs, Women’s Needs, Whatever’ are certainly back, in parts of ‘Summer of Chances’ and the seven minute finale ‘Pink Snow’, with its glorious pledge of “for all my sisters/I promise you this I’ll try that I’ll try and be brave for you”. It’s ‘Pink Snow’ – in the tradition of the often overlooked brooding, experimental side to the Cribs a la ‘City of Bugs’ or ‘Be Safe’ – that shows just how much this band really have to offer.

Will ‘For All My Sisters’ prove the turning point for the Cribs that some, certainly their new major label, will be hoping for? Perhaps – consistency can be a curse when the Cribs’ narrative is so devoid of peaks and troughs to make any ‘back to form’ speculation redundant. This is no obvious crossover record and there are precious few surprises for those not so far enthralled with the Wakefield trio, but for a sixth album to sound this fresh, this good, and this relentlessly exciting may well be quite enough to propel the Cribs to greater heights. And if not, I’ll see you in two years time for the next one.