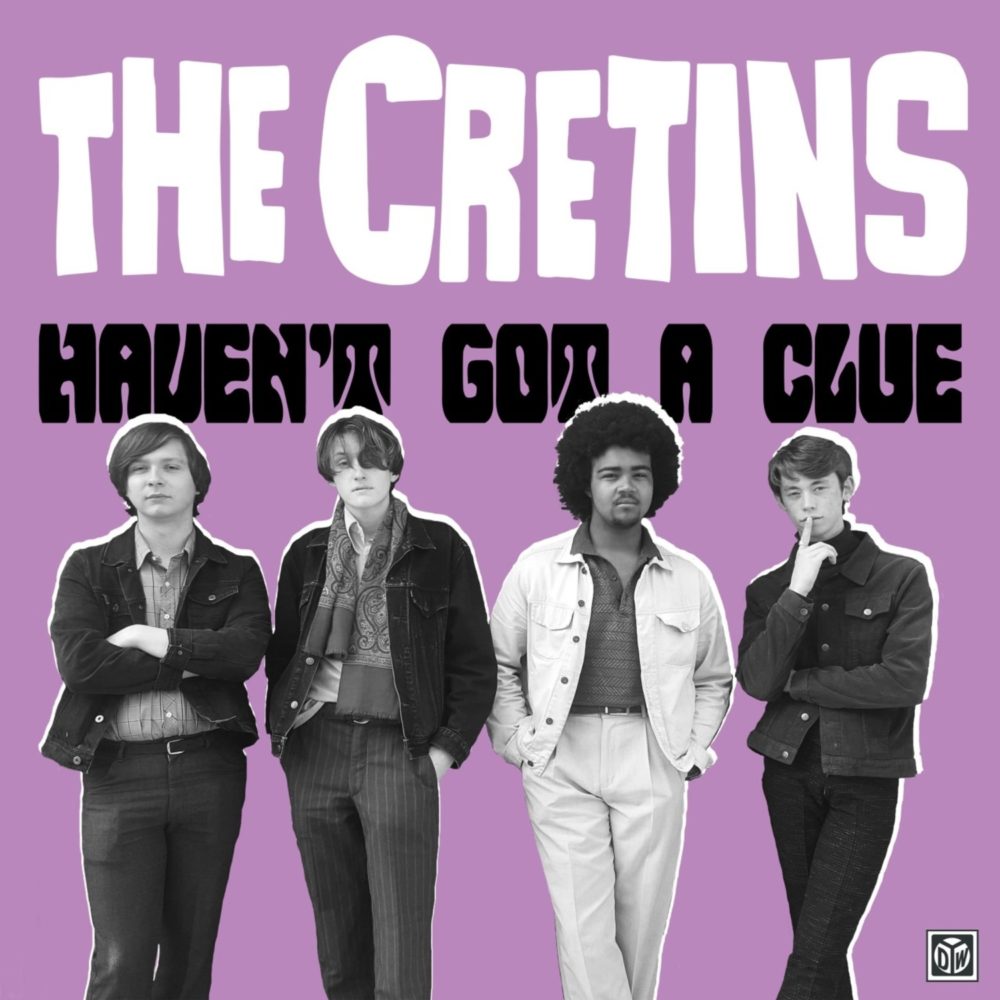 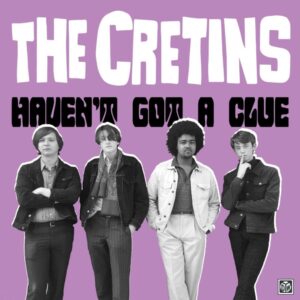 The Cretins – Haven’t Got A Clue  (Dirty Water Records)

Great new band emerging from the south coast of England, The Cretins. Here’s a taste of what’s to come…some garage, some freakbeat, a lot of r&b.

I saw the Cretins supporting the Masonics at a meeting of the Kaiser Klub  in Portsmouth earlier this year and was absolutely blown away by them.  So young, yet so authentic, so natural – they could’ve flown in from 1966.  No faux arrogance, just well-played, beautiful, stylish r & b with energy, confidence and purity that was simply unbeatable.

It was so good to see a young band so clued-up and with such good taste and a natural flair for it. They went down a storm and got the whole crowd behind them before the first song had ended.

This is what the label says -no hype or hyperbole, every word the truth.

The label that brought you teenage terrors like Thee Vicars and Archie and the Bunkers are proud to announce the latest batch of sons we never wanted: The Cretins.

The Cretins are a Brighton/South London based 4-piece band, four friends coming together to blend their own brand of snotty garage punk, rock ‘n’ roll, and pounding rhythm & blues, gelled together by harmonising vocals and an energetic live presence. They take inspiration from the sounds of legendary groups such as The Kinks, Pretty Things, The Gruesomes, The Strypes & The Masonics to name but a few immortalising the music with their own inspired individual tastes.

Having originally formed early 2018 as a trio, The Cretins have already boasted appearances at events such as Beatwave, The Brighton Tattoo Convention and supported The X-Men, The Masonics, The Courettes, and King Salami and the Cumberland Three.

“Haven’t Got A Clue” is their debut single, the product of the band’s maturity into songwriting. It is but a taster of things to come for one the freshest group to break into the scene in ages.