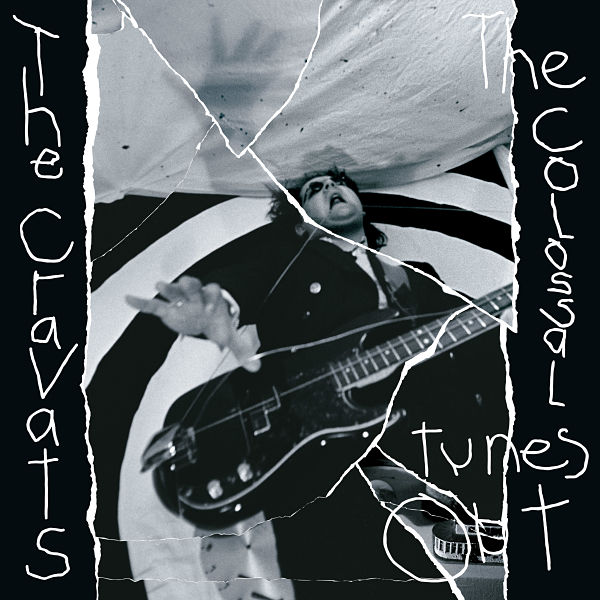 The Cravats – The Colossal Tunes Out 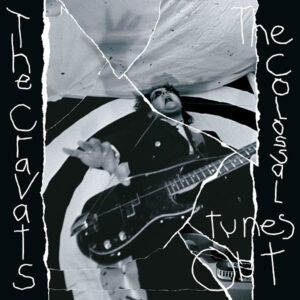 New repro of The Cravats’ second album The Colossal Tunes Out, originally released in 1983 on the Crass imprint Corpus Christi. This is the first time the LP has been reissued and comes as a vinyl only limited edition of 500 complete with a poster…LTW’s Ian Canty looks back over 30+ years to his stint as an admin assistant at the Toytown Council…

I was a little late getting drawn into The Cravats’ unique world, having missed out on their 1980 debut In Toytown through (a) not knowing about it at the time of its release and (b) being constricted financially by what my pocket money/evening job brought in when I finally ascertained its existence. By the time I eventually read a review of it in a back issue of Record Mirror, the nearest city’s record shops had long been divested of their copies and all that lay ahead of me was a couple of years fruitlessly rattling through the record racks of second-hand shops.

There was one bright spot of the horizon though. In 1982 Crass Records released a cracking new Cravats single Rub Me Out, which was readily available, so I snapped it up. Though an odd fit for the Crass label as they were some distance away from being identikit anarcho punk, I was overjoyed with my first sampling of The Cravats’ oeuvre. They were just what I was looking for at the time, great tunes, intriguing lyrics and a sound all of their own. Skilfully seasoning dark paranoia with a wit and musical flair unrivalled in even outré post punk circles, the single rushed up the indie charts and straight into my heart.

Both tracks appeared on their second LP The Colossal Tunes Out. I would only have to wait a matter of months before that saw the light of day in 1983 and of course was added to my collection toot sweet. If the Rub Me Out disc had suggested the band adding further mystery and brio to their bass-heavy and already unpredictable sound, the accompanying long player underlined the fact. A dark, brooding enigma but also one to savour, it built on the strengths of the single to present a very catchy type of unsettling indeed.

Beginning with the gritty attack and manic energy of final Small Wonder single A side Off The Beach, The Cravats on The Colossal Tunes Out are still wonderfully like nothing else you will ever hear, but more so. As mentioned above, their uniqueness doesn’t hamper the attractiveness of their sound one bit and even though the record is constructed of new recordings and previously released single tracks, it works as well as an album can. There’s a real sense of things locking in together, adeptly presenting The Cravats’ worldview as something only they could envisage.

Terminus, a recent single side released by Glass Records, follows. This one is a perfect mix of parping, floating but most of all jolly strange sax, repeated and infectious rhythms, some Link Wray (if he was a punk from Redditch) guitar and a near-yodelling vocal. A hit in another, fairer world, Terminus buried itself deep in my synapses. When it finishes quite suddenly, I quite simply had the irresistible urge to play it all over again.

A bass pattern and sax sounds that for me imitate bird cries opens up Fireman, the first of the “new” material. This is a more intense affair, one which juxtaposes the edgy, slower vocal and sax verses with a more upbeat and bright section allied to a good shout-along chorus. I think the lyric possibly addresses the neutron bomb via the line “lots of strange devices that will remove the opposition but leave you their dinner”, but I could be wrong. The sax drifts in and out dub style, before a pared down bass and drum finale.

The Station, again not previously released, begins in a classic jazz punk style at a fair old pace. It is here that they sound a little like a very disturbed Stranglers, with the sax and bass leading the headlong rush. Featuring slinky drums and that very ominous-sounding saxophone, The Station manages to be both bracing and nerve-shreddingly tense at the same time.

Commencing with metallic-sounding percussion and bass, Working Down Underground brings home The Cravats’ potential for one of a kind odd pop music. Jazz and even a touch of rhythm and blues are at the base of this tune and it develops into some bizarre, but very engaging funk-punk hybrid. If Madness were Dadaist punks with a penchant for vintage black and white horror films, maybe they might sound a bit like this. Rob in great form here too, conjuring up growling vocal shapes. All this combined makes for very compelling listening.

The final tracks on the first side of The Colossal Tunes Out are the thumping and edgy jazz punk of I Am The Dreg and its single flipside You’re Driving Me. The latter is a more slow-burning affair that attractively wends its way, but is loaded with a macabre undertow that purposefully builds to an awe-inspiring climax. This 7 inch was another in a long line of great Cravats singles that reaches from the 1978 debut Gordon right up to the present day.

Side two of the vinyl LP begins with There Is No International Rescue, which ensues with a racing surf punk momentum in a long intro which eventually gives way to an declamatory vocal. And The Sun Shone comes next, with heavy bass and attractive “music box” guitar tinkles resulting in a textbook example of restrained menace. It’s such an infectious catchy, eerie sound too, ideal for someone who wants a lot more from pop music than just jingles and love songs. These tunes are so well constructed. Ice-cubists, perhaps The Cravats’ method statement of the time, is pleasing pop punk jazz, very percussive and with neat soaring voice stylings.

Next comes Rub Me Out, where the song complete with dazzling saxophone interjections are bookended by police radio samples. All of which add to the sinister atmosphere and it’s produced by Penny Rimbaud himself. Simply a great, truly memorable single and one of my favourites ever, Rub Me Out has more ideas knocking about it than most of the Top 40 of any time you care to mention put together.

Daddy’s Shoes, the last of the “new” material, steams in a fuzzy jazz punk manner, all sax squawking and dancing with a no-holds-barred vocal and addictive melody. It strangely warps in and out towards the end, cleverly utilizing dub methods in the production. Finally we have the other side of the Rub Me Out single, When Will We Fall. A fast and driving number, it provides a brooding climax to The Colossal Tunes Out. Being dynamic and hard-hitting, it is a fine note for The Colossal Tunes Out to go out on – a perfect and perfectly strange pop confection.

Soon after The Colossal Tunes Out The Cravats, via DCL (Dada-Cravat Laboratories), mutated and soon they made further incredible records as The Very Things, but that’s another story. One that will hopefully see reissue itself someday in the not too distant future.

In recent years the reformed version of the band have only added to their legacy with excellent recordings in Dustbin Of Sound and this year’s best album in my view, Hoorahland (reviewed here). They are both natural progressions what was achieved on In Toytown and The Colossal Tunes Out, the latter of which finds the band at the end of their first phase. They were at the time making an incredible noise that’s influence only increases with the passing of the years. This is the missing piece in the puzzle (for now anyway) of The Cravats’ four stellar LPs, perfectly reproduced for those who were too young or missed out at the time. I am seriously jealous of you if you have not heard this album yet. The Colossal Tunes Out is such an adventurous, creative collection that truly thrills and satisfies like nothing else.