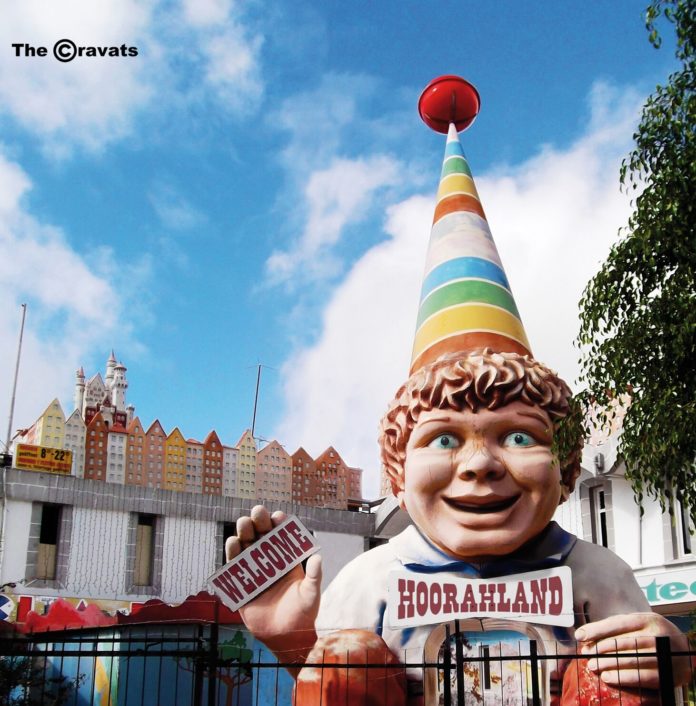 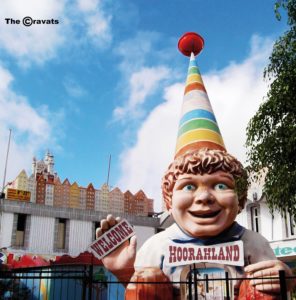 Brand new album by Redditch’s finest the Cravats, their fourth album in total and second of the 21st century…LTW’s Ian Canty hears macabre stirrings from the East Midlands kings of jazz punk……

I first became aware of the Cravats in, of all places, the now defunct Record Mirror magazine. It was a review of their first album The Cravats In Toytown (re-released and reviewed expertly by Ged Babey here), one that intrigued me greatly, though I don’t remember it being overly complimentary. I think it was a three star type of review to be honest, but something about it made me desperate to find out more about this strange sounding band. Unfortunately I could never track that album down, but I made sure I secured a copy of their next platter The Colossal Tunes Out, issued on the Corpus Christi label (an off-shoot of Crass Records) in 1983. A fine collection which rounded up single tracks including Rub Me Out and Off The Beach among others, along with a smattering of unreleased efforts. It lived up to all the hopes that I had built up before actually clapping ears on the Cravats and as a bonus there was also a flexi-disc featuring their weird goings on as DCL Locomotive.

Around that time the band began to mutate into the Very Things, before winding down their activities altogether for many years. Mainman The Shend did a great deal of acting work during this downtime, but the Cravats were back in the 21st century with a new line up including the Shend and Svor Naan kicking up a storm live. As a result of the warm reception to these showings, in 2017 they released excellent third album Dustbin Of Sound (reviewed here), which was very well received and revealed that the Cravats were still very much a potent force. Indeed the passing of the years only seems to have added gravitas to what they do.

The Cravats currently feature the original pair Shend and Svor with Joe 91 on bass, guitarist Viscount Biscuits and Rampton Garstang on drums. For this fourth LP Jello Biafra guests on Now The Magic Has Gone, but otherwise it’s just the quintet and their unique worldview to enjoy. As has always been the case with them, these songs veer from comic to bizarre to eerie and back again, often during the course of the same couplet. Odd images flash by and the band is musically fresh and exciting, moving with an admirable grace and economy on each tune. Repeated listens bear more fruit, but from the off I was drawn in by both the outré lyrical imagery and the lithe musical majesty wielded on Hoorahland.

Opening track Goody Goody Gum Drops gets things off to a flying start, plaintive sax and clashing, bendy-sounding guitar. The vocals are touched with a macabre preciseness which introduces the Cravats’ own Hammer House of Horrific Fun, I mean how can one resist a song that opines “I’m an attractive aqueduct”? This is bass-heavy jazz punk with the Shend almost crooning in places – the Cravats set out their stall early on, but never reach a stage where you can guess just what is coming next.

For instance Shy opens with drums straight out of “Keep On Running” by the Spencer Davis Group and slowly reveals a structure like r&b/soul turned inside out. This start-stop builds into a spinetingling but euphoric chorus, before heading down into a queasy wobble and then blasting back towards a long fade out. The daily grind comes under the Cravats’ microscope (and I bet they have one!) on Same Day, a stutter of guitar echoes and hi-hat tension of the intro slowly develops into a grimy but appealling thud. The song-words echo frustrations with everyday life, but the music is deft and infectious enough even in its decidedly eerie state.

The ghostly circus music of Now The Magic Has Gone is basically a Shend/Jello duet, a truly warped waltz. I’m not usually a fan of guests showing up on other people’s records, but Jello works well here, Shend in heart-throb mode melding well with his nasal sneer. Scary chaos that is strange and wonderful. The pace slows on the lengthy Good For You, with a strong jazz punk bias, something that was always part of the Cravats’ essential attack. This one lets the saxophone and rattling percussion really shine. A reduced tempo allows them to stretch out, a dream-like calm prevails, but the guitar cuts in dramatically and the bass pummels should one start feeling too comfortable. Which all sets up the following mood piece Oh How We Laughed, an atmospheric coda to the previous offering.

There is No God is a nihilist’s dream, excellent lyrics like “You live for a bit and then you die” and “Just biological quirk allow this DNA gene thing to work” leave you in no doubt as to the Cravats’ take on religion. Again Shend croons here and there’s a touch of funk added to the jazz punk concoction on this track as the sax dives in and out. This is one of their very best moments.

March Of The Business Acumen is in classic Cravats’ offbeat style, guitars swooping coolly towards a stomping chorus. Short and very sweet and Trees & Birds & Flowers & Sky follows, touching on being straightforward rock & roll thrash, but nothing about this band is straightforward and I am thankfully for that. An otherworldly feel underpins the heavyweight thrust of the music perfectly. Jam Rabbit is where the Beefheart comparisons that tend to offered up in reviewing the 21st century Cravats are most obvious. There’s a little bit of r&b here that goes into a full-blooded hook-line and Stooges-style jam. “Why did the know-all know all, who knows?”, the Shend cries enigmatically, as an eastern drone of the sax takes up the melody.

I’m a bit of a “car song” fiend so Morris Marina is right up my street (one way, no overtaking). The lyrical montage hits the listener thick and fast “My interior is inferior”, “I’m more Austin Allegro Than Batmobile”. There’s a real freewheeling crunch to Morris Marina, an unstoppable energy which builds to cacophonic mayhem, resulting in a real delight. The final song, the title track Hoorahland, has eerie rush with some funk-tinged guitars and again some great words including “Why read someone else’s mind when you can read your own?”. The chanted one word chorus is cool and when a female announcer’s voice says “Time to put the picture book away now” I wanted to go back to the beginning and start all over again. Yes it’s very odd indeed, but it such an accessible and catchy sort of odd.

What we have here is a real album, something that ebbs and flows in a world of its own, but is aware of what is going on the outside and the inside of the human psyche. The Cravats have worked an admirable trick in using the elapsing of time to just add layers to what they do, but also there is a also clear line back to their Small Wonder days in both their music and words. Hoorahland is another enthralling and enjoyable Cravats’ outing to add to Dustbin Of Sound, taking you on the ultimate seaside trip to the very outer reaches of the mind. This is an enthralling collection, a record to treasure.