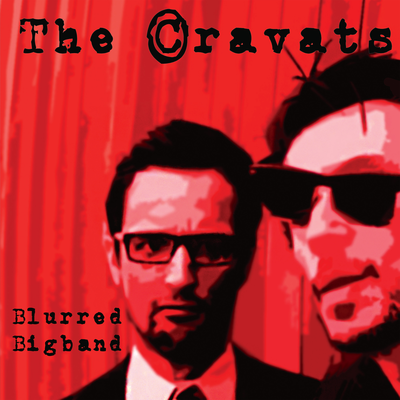 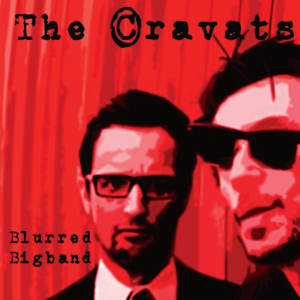 Limited edition 7″ of 500 with numbered insert

No new material for decades and suddenly a second single from The Cravats!

When BBC Radio 6 Music recently re-broadcast a full John Peel show from 1979 it brought back a flood of memories… and one of them was Peels friendships with people from bands he liked. Notably David Gedge, Robert Lloyd and the Shend.

Peel would always say on-air if he had seen the Shend in his other role as an actor on TV. A small role in Eastenders or a cameo (playing a small Victorian broach) in Emmerdale.

I met the Shend once at a gig in Brighton a few years back and he was wearing a cape and had a silver-topped cane. He totally lived up to every expectation I had of the man. Thespian, Dada-ist, warm and funny. An imposing but genial figure, a post-punk Orson Welles.  The fact that he and Peel had mutual admiration for each other and an enduring friendship is no surprise.

I digress… No new material for decades and suddenly a second single from The Cravats pops up in the year of our lard, 2016? The first, March’s critically acclaimed limited edition seven inch, Jingo Bells / Batterhouse, on Overground Records certainly did the business.

It sold out, got a healthy heap of radio play from the likes of Marc Riley, Gideon Coe and Henry Rollins amongst others, it pleased the faithful and corralled a whole new crowd of the curious to the Cravats congregation. Penny Rimbaud’s tour guide portrayal in the Jingo Bells vid did the viewing figures no harm on YouTube and as a calling card it did what it was supposed to do . . . announce to the world that The Cravats were back.  (You can’t tell that this is the PR word-for-word, copied and pasted can you? No? Good)

So here we have the second single. Another two blisteringly twisted tracks of oddness from the Hieronymus Boschs of beat.

Blurred is a pop song. Okay, it’s demented and somewhat demonic but it’s the band’s skewiffed, fuzzy felt face view of the bowel of confusion we inhabit. What do we do? Go over there? Come back again? Sit quietly waiting or wail uncontrollably? Everything is unintelligible and indistinct so squint. And why is it a pop song? Because it has ‘Whoos’ at the end of the chorus and the Beatles had ‘whoos’.

Bigband is a pop song. Yes, it’s teetering on the brink of cacophony, but it never quite falls off…

Enough churnalism already.  Here’s the video for the A-side.  The Cravats are back and still as mad, bad and strange as ever.  Captain Beefheart meets X-ray Spex…. if they were American they would be lauded as No-Wave Kings (like James Chance / John Zorn).  There is no other band quite like them.

Like fellow travellers the Nightingales, a bit of younger blood in the line-up means that they have all the energy and verve as way-back. Yet they still sound futuristic and disorientating.  What Blurred is exactly about is open to interpretation. (There is a handy lyrics sheet with the single, which is nice)  “Blurred/ Is the word / That best defines/ My current state of mind” .

Happy, that the Cravats and back and making great, confusing music again, best defines mine.