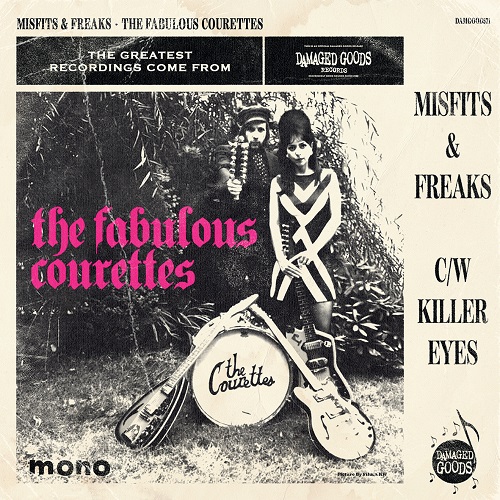 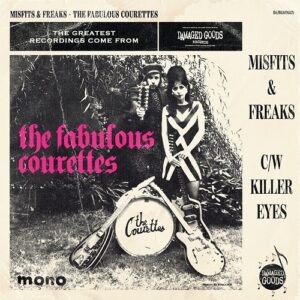 The Courettes, quite rightfully, ended last year with their latest album Back In Mono in our top five albums of the year. And now they’re back with a video for the latest single to be taken from it and news of a massive UK tour.

If you haven’t heard the latest album from Denmark’s The Courettes, where the hell have you been? It was one of our, among many others, albums of 2021, and, as we said in our original review, is a fantastic album that drips in that Gold Star sound, a collection of songs that combine the band’s love of both classic garage and R&B. Now, from the album, the band have announced the release of their new single Misfits & Freaks, backed with brand new song Killer Eyes.

On the single, singer Flavia says: “Misfits & Freaks is a song about a bittersweet concert we played on the very evening France went into its first lockdown in 2020. The pandemic broke loose in the middle of our tour and uncertainty was in the air. It felt a bit like being in a kind of science fiction film. People were partying that day as if there was no tomorrow. And it was indeed the end of the world as we knew it. We tried to capture this feeling in the video featuring some old b-movie apocalyptic scenes, while we keep on partying, singing, and dancing at the end of the world. We´ve all been struggling to keep ourselves sane, safe, strong, and sweet in the last two years. And we did it. Cheer up!”

The single is released by Damaged Goods on limited 7” on the 25th of February. It’s available on pre-order here. Check out the video for the song below.

The band have also announced a UK tour for June. Here are the dates to catch them live:

Tickets go onsale Thursday Feb 17 th at 10am and will be available here.