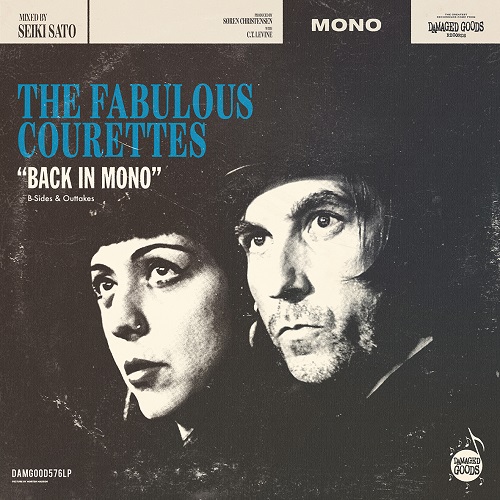 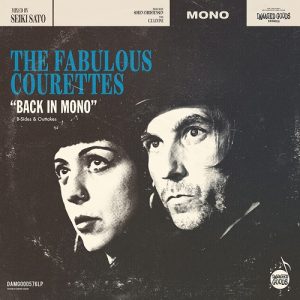 The Courettes: Back In Mono (B-Sides & Outtakes)

The Courettes seize the moment to keep the releases flowing with a collection of b-sides and outtakes from their last Louder Than War top 5 album.

Last year, The Courettes became one of the new favourite bands of many writers here at Louder Than War, just as we promised back in 2018 when we first covered them. Last summer saw their label, Damaged Goods, repackage and rerelease their first two albums in preparation for their third. Back In Mono landed last October and blew us away. As they said when we spoke to them, “We finally found the perfect mix between garage and girl groups.” They certainly had. Their love of bands like The Ronettes and aim to recreate that Spector-style sound together with the crunch of The Sonics, unshackled from the idea that they would have to recreate it to perfection on stage, saw them write an album that propelled them to another level in the garage underground.

Since then they have not stopped as they rack up country after country, city after city on an immense trek across Europe and beyond. They are in it for real and any downtime they have is hoovered up in their own studio back in Denmark. They are workaholics, loving every minute. The result of that ethos has seen them already rerecord two songs in Italian for the label Wild Honey, which unfortunately are not included on this release (my only gripe), put out a great split single on Cahputa! Records with The Jackets, from which here on this collection we get the cracking So What, and record a number of B-sides and other rerecordings. As they are about to hit the UK for another tour, we get this wonderful collection of eight tracks that further explores both their crunching garage past while delving deeper into that Gold Star sound.

They achieve it to perfection on the glorious Daydream, with which they open the album. It has shades of My Girl as it sways along, dripping in harmonies and reverberating chimes. On Back In Mono, it may have seemed a step too far away from their garage roots, concerned as they were with still keeping their old fans with them as they progressed, but here, in opening the collection with it, they stamp firmly the other side of their sound. But it’s not all in that vein and right after they bring in the stomping Tough Like That. Talking About My Baby and Killer Eyes, the latter taken from their recent rerecorded Misfits & Freaks single, are the two extras here that would have fit perfectly on …Mono, if it weren’t for the inclusion of a new version of The Boy I Love. The song was a highlight of their last record and here they ramp up the girl group side of the song, the shaking percussion and some wonderful extra strings elevating the song to another sugar-spun level.

When I met the band on their recent tour of Spain, they had completely sold out of all the records they’d brought with them. Get ready for their upcoming tour, with new slabs of wax in their hands, as they are likely to sell like the sweet hotcakes they truly are.