Home Blogs Louder Than War Interview – Nina Burrowes, author of The Courage To... 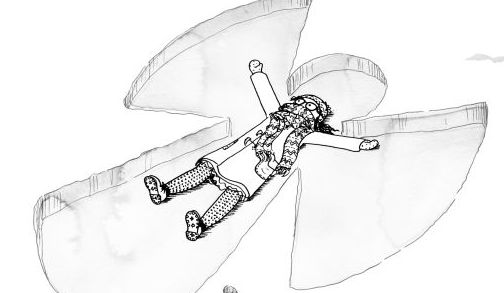 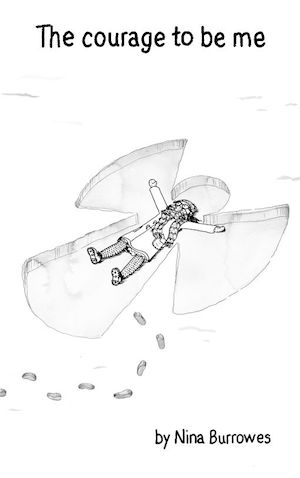 A week after the release of a new book titled The Courage To Be Me which tells “a story of courage, self-compassion and hope after sexual abuse”, Louder Than War’s Amy Britton talks to its author to get an insight into the writing of the book.

What Dr. Nina Burrowes does in her books -using cartoons to deal with psychologically demanding issues- is undeniably fresh and interesting. But it turns out that her work is also highly important. For an example of just why her second illustrated book “The Courage to Be Me”, on rape and sexual abuse will be so vital to so many readers, consider this; when I was asked to interview Burrowes on the grounds of my articles which have dealt with my own rape, I was reticent. Would Louder Than War readers think I was “milking it”? Then it was decided that perhaps my own experience could be kept out of this feature, and that readers probably wouldn’t make the connection.

But then I read “The Courage to Be Me”. The depiction of that strange, awful, detached feeling (based on women’s real life experiences), and the overriding message of hope made me realise that I shouldn’t worry about the aforementioned factors.

This is a book that leaves victims feeling less alone and more positive, one of many things I wanted to ask Dr. Burrowes about…

(Eds note: Before reading on you may want to scroll to the foot of the page to watch a video about  The Courage To Be Me, or visit Nina’s website where you can read the book online.)

Amy Britton: I imagine the response to the book has been overwhelmingly positive, but what was the general reaction when people initially knew you were writing this?

Dr. Nina Burrowes: When people asked me what the book I was creating was about and my response included the phrase ‘rape and sexual abuse’ the most common response was ‘Why would you want to do that?’. It’s a fear response – with a bit of disgust thrown in too. I have a lot of compassion for the person who responds like this. Rape and sexual abuse is scary. It’s unpleasant to think about. The fear response and the desire to close down the conversation is natural and normal. People reacted as if the book I was creating would be very scary to read; would have nothing to do with them; and was written for a very small and niche audience. My task now is to help people understand that the book isn’t about the actual abuse – it’s about how people rebuild their lives afterwards; that the book isn’t scary – it’s a powerful and ultimately beautiful human story; and that there is nothing ‘niche’ about the audience that this book is written for – there are literally millions of people in the UK alone who would benefit from reading this book.

In anything dealing with rape or abuse, there is usually a “big part” for the rapist / abuser, albeit highly negative. In “The Courage To be Me”, however, there seems little place for them, in order for it to be fully the victim’s story. Was this a conscious decision?

Yes this was a conscious choice. There are many stories about rape and sexual abuse that I would like to tell – including the story about offenders. But I have consciously chosen to start my work by sending a clear message to victims of rape and sexual abuse because currently they are the group of people who are paying the highest price for the status quo. The whole system – the criminal justice system, society’s attitudes, the psychology of abuse – is stacked against them. So it was an easy choice to start my work there.

The illustrators for each chapter fit perfectly, how do you pick them?

I have been exceptionally lucky to find such wonderful illustrators to work with. When I advertised for illustrators I had over 40 applications. As a novice illustrator myself I didn’t really know how to select the right people – so I just let myself fall in love with their work – and pick people simply based on my personal preference. In the beginning I had a sense of which style would suit which chapter best – but I really wasn’t sure I’d got it right. But I’m really happy with how the book has turned out – it’s beautiful and I love how the characters look so different in each chapter. It’s been fun and I think the illustrators have enjoyed working on the project too.

Regular Louder Than War readers will know about my own experiences from my writing (e.g. Amy’s response to The Blurred Lines controversy.) I try not to be oversensitive, but things which deal with rape are often horribly painful for me, even if they have a sympathetic stance (which can easily seem patronising.) However, the tone of “The Courage To be Me” meant I felt actively understood as I was reading it. Was getting this tone right difficult, or did the research unfold itself into the style naturally?

The tone of the book wasn’t something I had to consciously build. The book was based on a research project that I did with a group of women in my hometown of Portsmouth. The courage and humanity that these women showed me during the research interviews was immense. The book is simply me honouring what I witnessed in them. If anyone is responsible for the tone it’s the women I interviewed because I am simply telling their story as I saw it. Often people are able to see something in you that you are unable to see yourself. I think the women I originally interviewed as part of my research for the book would be shocked to hear that they are amongst the most inspirational people I’ve ever met. But they are. The front cover design sums up the core message of the book – it’s my way of saying to anyone who’s experienced rape or sexual abuse ‘you are bigger and more beautiful than you realise’. I see it – so let me show you what I see.

The current statistics on rape and abuse are really alarming, fuelled by a culture of silence. Did you consciously think that now was an ideal time for this book?

Sadly any time is an ideal time for a book like this. Sexual abuse isn’t new and it’s not on its way out either. The timing of this book was more personal. I’ve spent my career so far trying to help government, professionals, practitioners and academics understand rape and sexual abuse. It was when I was working on a project on juror attitudes to rape that I decided to start talking to the public about sexual abuse. I think that there are a lot of people out there who are tired of feeling frustrated, angry and scared about sexual abuse – and they simply want to understand it more – why does it happen? How can we stop it? I want to play my part in trying to answer those questions.

This is your second illustrated book. What future subjects do you have planned?

In addition to producing content that is about rape and sexual abuse I also produce a lot of work that is about some of my favourite aspects of psychology. My first book was ‘The little book on authenticity’ – it’s a book on identity and working out who you want to be. I’ll be producing ‘The little book on choice’ next and have another two books planned for this year. The topics I write about are pretty varied but actually all of my work is about one core thing – I use cartoons to help make difficult psychology easy to understand. My job is to help people understand themselves and others. It’s a pretty cool job.

Dr. Nina Burrowes website is here: ninaburrowes.com. The part of her website specific to The Courage To Be Me (and where you can buy a copy of the book or read it for free online) is here. Nina can also be found on Facebook and she tweets as @NinaBurrowes.

All words by Amy Britton. More writing by Amy on Louder Than War can be found at her author’s archive.