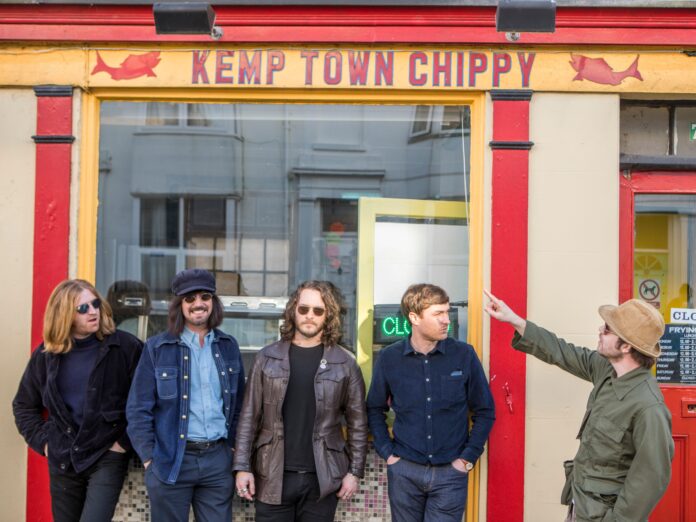 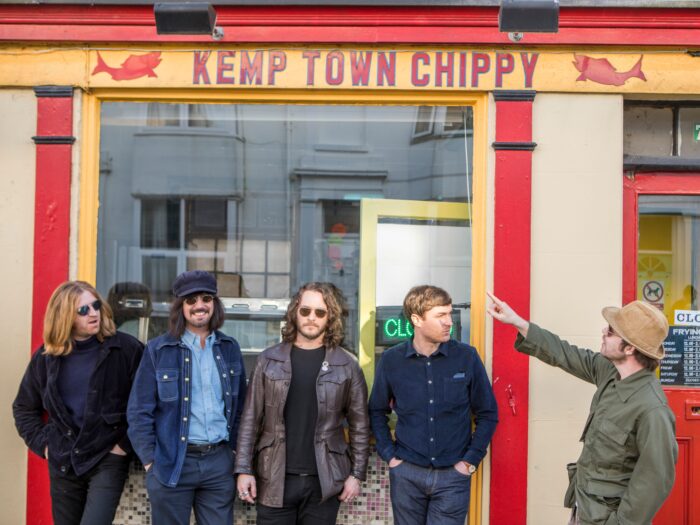 The Coral return after 3 years with a sprawling double album that’s on top form as usual. It’s a concept album that delves into the world of old fairgrounds and carnivals that have always held a nostalgic air to the kids and adults alike. It takes you back to the saucy postcards, the smell of doughnuts, the penny arcades, fortune tellers. I could go on. Wayne AF Carey speaks to Nick Power (keyboards, organ, melodica, harmonica, piano, backing vocals, lyrics) about the making of this summer hazed platter of pop psychedelia…

LTW: “Tell us a bit about the album and the concept.”

“We’ve always written stuff in our songs about these type of things as we live in the sort of area that’s like a seaside town. We used to have a pier here, loads of arcades. It was like a holiday destination for like the people of Liverpool and the surrounding area, but most of it’s gone now, even the arcades are getting sold off. I mean growing up around here you tend to go on holiday to Rhyl or Llandudno, these places that are really kind of close to us. You meet loads of characters you can write about. We just thought, let’s consolidate it into one theme, make it conceptual so you can totally immerse yourself in it and lose yourself. Everyone in the band sings and writes at least one song. We tried to not sort of plan it, to almost stitch it together at the end. This was where we got the idea of splitting it into two sides. Side one is meant to be about the island in its heyday, everything newly built, loads of crowds, loads of money, that sort of thing. Side two is like we’re the house band in some run-down hotel at the end of the pier. Everything is sort of like a picture of where we live now. The first side is a memory.”

“I notice you’ve written a book to accompany the album, Does this stem from your own poetry and lyric collections?”

“Yeah, a little bit. I think that helped me do it. When we were sort of half way through the album. Songwriting is about what you don’t say as much as what you do say. You can’t cram a lot in because it would just ruin it. So I thought why not just expand on some of the characters we’d already written about in the liner notes and the little incidental pieces. So a lot of it is just an expansion on the world we’ve written about.”

“Austin Collings (ghostwriter for Renegade), one of the bravest bastards to tackle Mark E Smith’s antics has done this bizarre take on an album review. Why choose Austin?”

“He’s me mate! He’s one of my best mates. Renegade is funny as fuck. Yeah man, I don’t see him much but I text him every day. I just said do you fancy doing it and I knew he’d put his own original spin on it. He’s an original guy.”

“Is the theme of Coral Island loosely based on the famous Blackpool arcade we all know and love in some respect?”

“Yeah, sort of. It’s kind of like all those places really. All those fairs that sprang up overnight without health and safety certificates. Even like down South they’ve got Margate and all that, New York even with Coney Island, always trying to be the best. I think generally North Wales and the North. We had one called The Wirral Show. It just appears from nowhere on this big gap of land called The Rips. One day it’s empty then the next, it must be like fuckin’ weightlifters! They spring up from nowhere like magic and then it’s gone the next day. Tough cookies those fairground folk. I remember when I was a kid, winning a coconut and I smashed it open and it was fuckin’ green with mould. I tried to take it back and he was like “Get to fuck”. I walked off. It was only a coconut!”

“The Skelly brothers have roped in their Granddad on spoken word duties. How did that evolve?”

“He’s always been around us and he’s always been a musical storyteller. So when he used to come in and we were all stoned or tripping or whatever after a night out, we’d end up sitting with him and he’d get his diaries out. He’s had a proper colourful life and I wrote those bits as liner notes for the album. When everyone heard them we were like we should record these. You know like that Small Faces album Ogdens’ Gone Nut Flake? Little interludes. We were trying to get Tom O’ Connor, or an old entertainer who could do the bingo, Derek Acorah who sadly passed away. We just thought, let’s get Granddad to do it. When he came down he had a three-piece suit on and he just got into character, and in one bit because his hero is Trevor McDonald, you can hear him sounding like Trevor McDonald. He loves him.”

“You’ve played live with a lot of big guns. Which was your favourite tour?”

“Them Oasis tours were great, really great and they looked after us as well. They were on fire then. It was the new line up, they’d just got it sorted after Standing On The Shoulders Of Giants. Even with the Kings Of Leon tour in America. That was really good. They supported us as they were just starting like. Arctic Monkeys were good. That was chaos. I’ve never seen anything like that in my life. It was proper mayhem.”

“Did you ever have any run-ins with anyone?”

“It was usually the crew that hated us. We’d just end up annoying them a bit. We normally get on with the other bands. I think if you get invited on a tour you either do it or you don’t.”

“The psychedelic scene is making a huge explosion on the scene at the moment, especially from Australian band and Liverpool in particular. Is there some weird connection going on here?”

“Well, we had four years off. We kind of split up, but when we came back it was brilliant. It started to kick off around 2016 when Psych Fest happened in Liverpool and Tame Impala happened. It was like “This is boss” back to the 13th Floor Elevators, Texas psych, East Coast psych, Love and all that. Psychedelia went away for quite a while. In 2007 / 2008 everything seem to go a bit straight, then a big resurgence happened. Bands from the Northwest and around here have always been into escapism. Psychedelia is about escapism. It’s always been big in Liverpool and Manchester. it’s ingrained in the fabric of it. Even in the punk era when prog went downhill you still had a massive market in Liverpool. I know loads of lads who grew up around then, proper scally lads who know The Wall word for word. We’re from the Wirral so we’d go over to Liverpool as nothing happens here and it was just like Beefheart Beefheart Beefheart. Everyone was into Beefheart. If you weren’t there was something wrong with you. I’ve never found that anywhere else I go.”

“Are there any bands that you’re into at the moment that excite you?”

“I really do try to listen to new music. I like a bit of Aerial Pink, Cutworms, some of my mates in bands will hate me for not mentioning them. I’ll have to text you!”

“Any surprises in store for the upcoming dates you can spill that we can look forward to?”

“I think it’ll be a surprise if the gigs are on! We’re playing with the idea of getting the Granddad on but he might be a bit frail.”

We talk a bit more about whether gigs like Neighbourhood Festival are still going to happen, how the second side of the album mirrors how Blackpool is right now, the harshness of Rhyl and the Sun Centre, how they’d love to do a gig in there, drain the pools. A good idea…