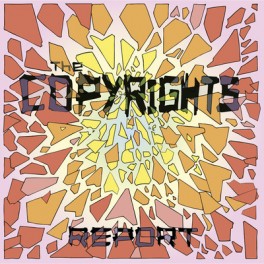 Illinois pop-punkers The Copyrights keep the true definition of the genre alive with this, their sixth studio album. Louder Than War’s Ian Critchley reviews.

Pop-punk was the first music I truly got into. It was in the early days of the new millennium and thanks to games like the Tony Hawk’s Pro Skater series I was really digging bands like Goldfinger, Lagwagon, and The Vandals. Pop-punk was hurtled into the mainstream over that first decade and morphed first into acts like Blink 182 and Good Charlotte then later the mainstream “pop-punk” became so pop with the likes of Busted that the whole punk influences were so lost you wouldn’t of had a fucking clue if it wasn’t for the dyed hair and converse. Yet under the radar the pop-punk I fell in love with, the real stuff, continued to kick arse even if the spotlight had now focussed on other things.

The Copyrights are not only a good example of this, but easily one of the best. Having released five albums prior to this release the band have gone from strength to strength with their fast, direct sound blasting out songs that rarely push past the 2:00 mile-stone. Report, their sixth studio album, is more of the same great uplifting punk-rock that is so damn infectious Morrissey would find it hard not to crack a smile and clap along.

What’s so damn good about The Copyrights is that their music is completely accessible and insanely fun without coming across as corny or poor in terms of craftsmanship. While the song writing of Blink 182 (not that The Copyrights sound anything like that band) in their Enema Of The State days was wholly overlooked by the cock-joke lyrical content, making the trio seem like a complete joke to many, Report avoids that by marrying the upbeat feel with lyrics that detract away from toilet humour and focuses more on the more personal issues like dealing with self confidence and motivation. It’s all the greatness of The Descedents’ Enjoy! without the farts constantly bringing it down.

Report goes to show that great music can be both fun and musically sound. It doesn’t take it’s self too serious yet at the same time is a record that is impossible to palm off as “a bit of a laugh”. It’s strong, uplifting, and a great mood booster. The world is such a drag, but this album realises that a jovial raised middle finger is a much better way to deal with the bad times then getting terribly bummed out.

Report is available now and The Copyrights can be ‘liked’ on Facebook.

All words by Ian Critchley. More from Ian can be found over at his Louder Than War Author Archive.