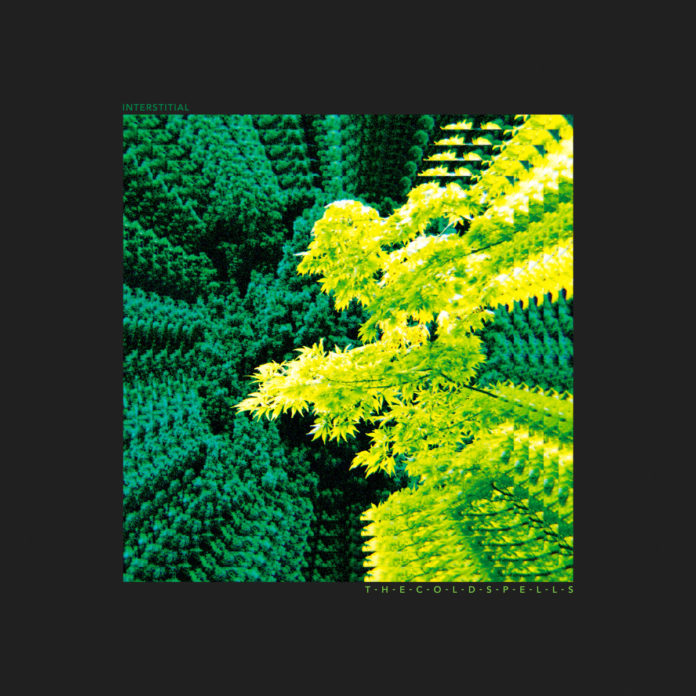 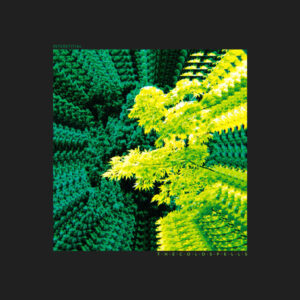 Dark and atmospheric folktronic second album from The Cold Spells, geniuses in the art of matching serenity with anxiety.

“Half-cut as I duck in the Crown…it’s a shit-hole and rough house, I know, but it beats staying in.” You’d be forgiven if you assumed these were lyrics lifted from a loud, 3-chord ‘Urry-Up-‘Arry style cheeky punk stomper, but you’d be wrong. Try acoustic guitar pickings, a gentle piano, mellow vocals and a single drum, quietly marking out the beat throughout a sparse and chilled-out track. The song is called Codger’s Lament, and it’s the second track on the first side of the brilliant new second album by The Cold Spells. We spoke highly of their debut self-titled album on these here pages, released early last year on the ever-prolific and eclectic Gare Du Nord.

Interstitial keeps the darkly atmospheric theme throughout, packed with drama and pathos. They bring in eerie, ghostly sound effects, but it’s not all doom and gloom. “Don’t tie that rope, you fool, don’t tie that knot. Before you jump to your death come and see the good stuff I’ve got”. And the singer’s Estuary accent adds colour to it all. The general vibe throughout sounds quite serene – this isn’t uneasy listening but there’s a sense of anxiety throughout, and this isn’t an easy combination to get right. Cold Spells nail it though. And it’s interesting to know that the album was recorded in two days as one piece of work, where the same basic elements of acoustic guitar, piano, harmonium and drum machine were later augmented by found sounds, synths, marimbas and organs to create a more complete and rounded collection of songs. As they put it themselves, Interstitial is a “collection of vignettes into a time and space where magic is mundane and reality is distorted.”

The Cold Spells are Tim Ward: songs, vocals, guitars and synths, and Michael Farmer: vocals, pianos, synths, organ and harmonium. These guys are pretty far out. Get to know ’em…

Interstitial by The Cold Spells is released on 11 October on Gare Du Nord records: click on the link for pre-orders. The first of 2 digital singles, Leviathan is already available with a non-album b-side right here. Watch the video

The band launch the album at London’s Servant Jazz Quarters on Monday 14 October.