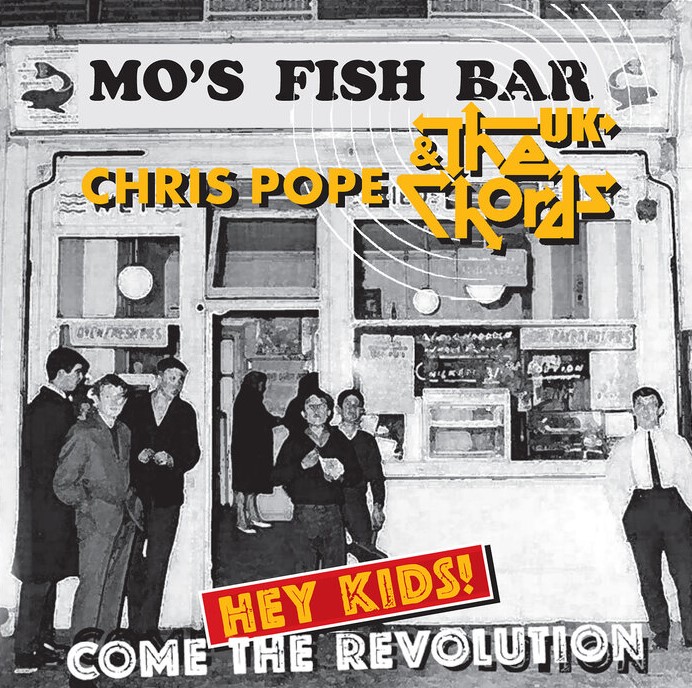 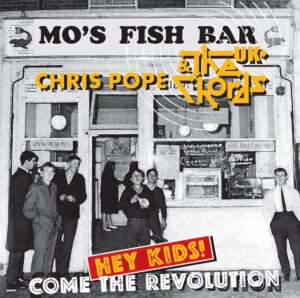 The Chords UK waste little time post-lockdown in following up on their barnstorming 2018 album, Nowhere Land, with a new single, Hey Kids! Come The Revolution. It’s a song which has all the bravado and rock’n’roll spirit that we now come to expect from this melting pot of punk-infused power pop.

There is little doubt that the original incarnation of The Chords was taken to heart by the late 70’s Mod movement which was re-ignited by the likes of The Jam. But by the same token, they never allowed themselves to be restricted in any way by this endorsement as they embraced a wide cross-section of influences in their all too short career up to their break-up in 1981. But since original songwriter and guitarist Chris Pope brought the band back to life in 2013 as The Chords UK, they have always sought to forge a new path forward with a renewed energy and style whilst never dismissing some of the classic songs from the past.

With two great albums behind them in the form of Take A Life and Nowhere Land, The Chords UK now announce the arrival of a new album, Big City Dreams, which will hit the shelves in February 2022. And in advance of that, we get the first teaser of things to come with the raucous new single, Hey Kids! Come The Revolution.

It’s a classic call to arms very much in the tradition of The Clash and many of their contemporaries from the late 70’s punk movement, whose music and spirit provided the impetus to form the original band in the first place. It’s brash, it’s powerful, it’s thought-provoking and it has an arms aloft anthemic quality which shines through the majestic chorus lines. At the end of it all, it’s rock’n’roll with attitude.

It’s also fair to say that Hey Kids! very much reflects current times in a post-pandemic world in which it suggests “brothers unite, Punks, Mods, Hippies, stop the city”, perhaps more than even they might have imagined right now. And what’s more, we also get a couple of songs which will not feature on the new album which make this single even more essential. Get On In Life is a punk-infused rallying call to “build your bridge to paradise” and One More Minute is an acoustic take more in the spirit of the early days of The Who.

As a band which has already developed a strong reputation as an incendiary live rock’n’roll band, this new single is another hard-edged blast of classic punk power pop which will only serve to enhance that reputation further. The new album due on 18 February 2022 will feature 14 new songs, including Hey Kids!, and is definitely one not to be overlooked. And neither should the launch party due the following day at London’s legendary 100 Club.

You can buy the single and other albums by The Chords UK here.