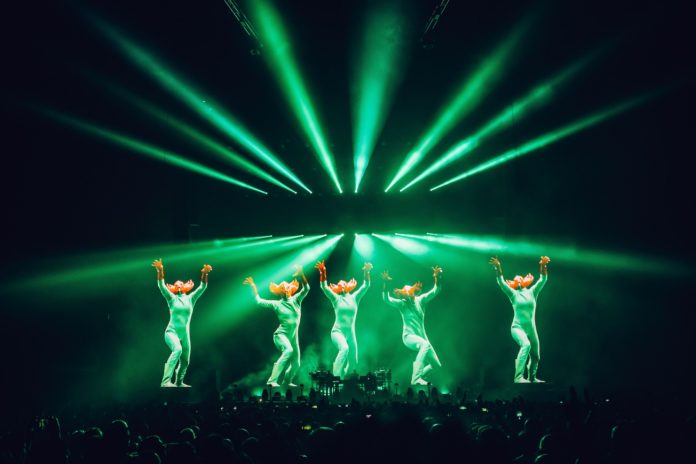 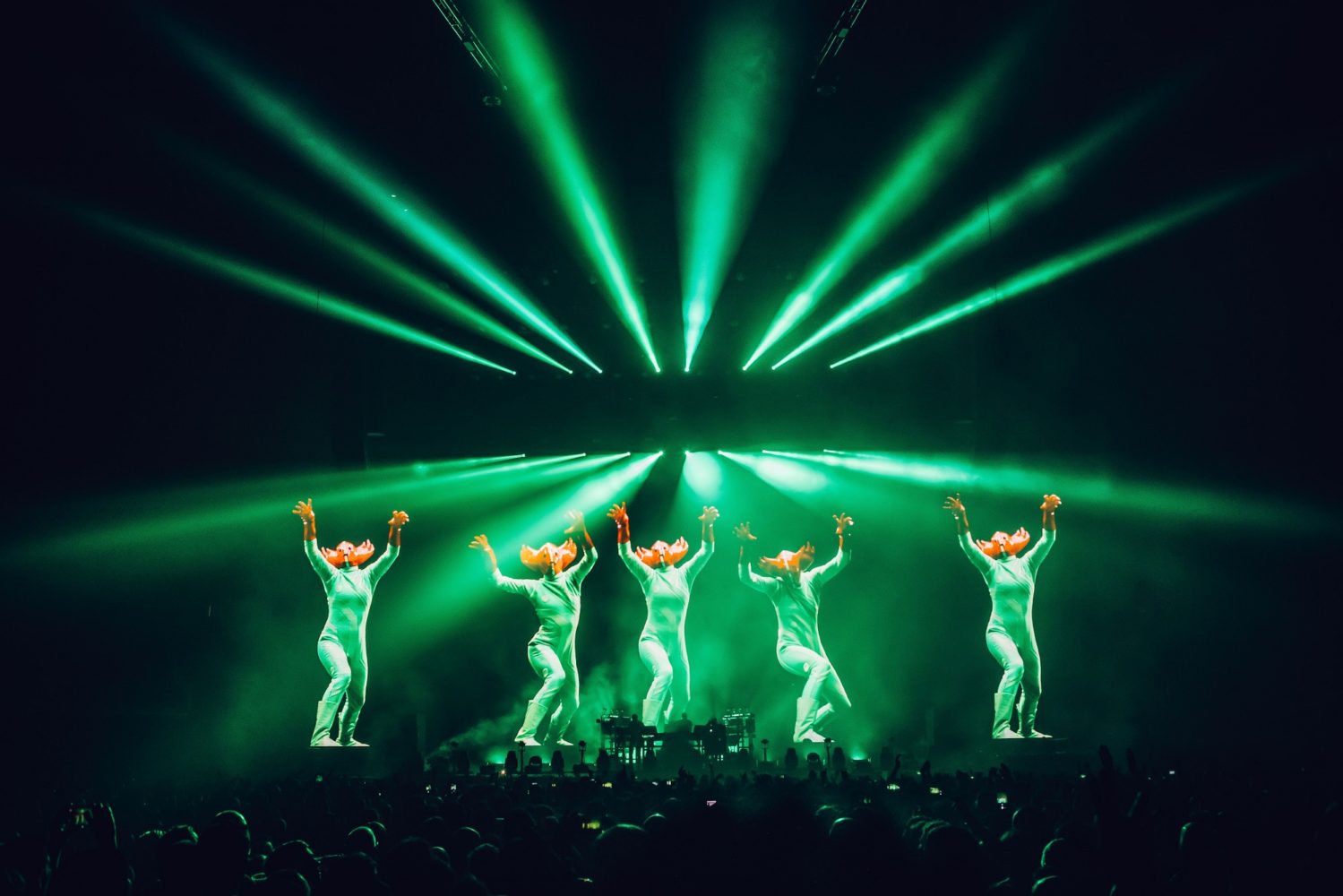 The Chemical Brothers are no less relevant and no less important than they were twenty-five years ago, and they show no signs of slowing down or slouching into tired nostalgia. David Edwards witnesses one of the best live acts on the planet and marvels at how in a genre so fluid and turbulent, they can still stay so gloriously relevant…

Within the genre of dance and electronic music – a genre which chameleonically switches its hues and shades with the passing of what increasingly seems like a few scattered months – the idea of longevity is something that should simply not exist. Electronic music is the finely-honed and sharpened blade of a premium kitchen knife – cutting through popular culture and social trends with the precision of an expert surgeon. Those not at the site of the cut are left behind. It is the music of the rebel, the free-spirit and the libertine; before the crush of life and reality intervenes to switch on the lights to reveal the truth we yearn to forget. It is made by the brave and the bold – and the widening gyres or relevance tend to spiral away as newer, younger and more daring artists until only the echo of what once was contemporary fades into the resonance of nostalgia and influence.

So why is it then, that after thirty years since Tom Rowlands and Ed Simons were first introduced; and twenty-two years since Dig Your Own Hole bounded effortlessly across the cultural divide and, (alongside The Prodigy) brought the dance counter-culture into the mainstream – why is it that The Chemical Brothers still sound so utterly relevant, important and unique? Is it simply heritage? I look around and see rapt faces between 16 and 60 here tonight, so I’m chalking that off as a “no”. Is it a pang for the days of old and a re-hash of the “hits” complete with the obligatory 90s gurn and a penchant for poorly-placed glowsticks and bad flares? Not in the slightest – some of the strongest and most lysergically-captivating tracks tonight come from their tremendous triptych from this decade – Further, Born in the Echoes and No Geography. In so many ways, when the likes of ‘Galvanize’, ‘Block Rockin’ Beats’ and ‘Hey Girl, Hey Boy’ kick in, it is almost a pleasant nudge of recollection and distraction from the drive-chain of the effortless rhythms and the stunning visuals, rather than the typical “FINALLY!” that greets so many moments of a heritage band who have long-exhausted their creative synapses and simply have to eke out every second of new material between the yellowing classics. In contrast, The Chemical Brothers sound utterly alive, alert and relevant in every single moment. This is a band who long ago, decided that their approach to live sets should be to recreate the sound of a rave. The visuals of crazy dancing, oscillating patterns and scorching light displays. The communal atmosphere of a sweaty, joyous camaraderie – as one with the music and their surroundings. And a comprehensive understanding of the primordial and almost reflexive response that human beings have to dance music. They make us move; they make us feel. 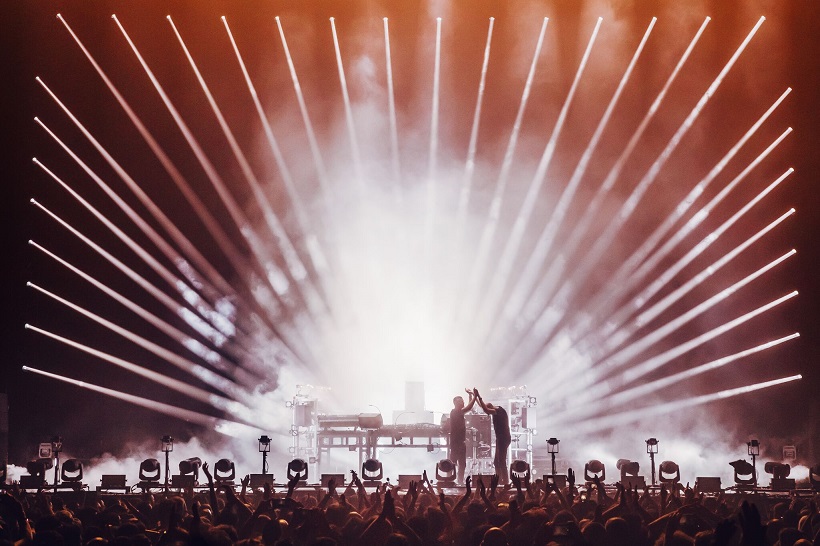 If that sounds simple to set out, it is far from simple to deliver. The ability to sequence, structure, mix and integrate samples, sounds and tracks is a true art form. From first to last, Rowlands and Simons show their absolute appreciation and integration of house, rave, hip-hop, electronica, dub and big beat to give a true history of dance music in one seamless two-hour set. Beyond everything else, this is the band who truly were able to take the myriad influences of dance music and to bring them together into something that is as fluid, exciting and fresh as it was twenty-five years ago. There are kids in front of me who wouldn’t have been alive when Surrender was released. It doesn’t matter. They come for the history and the name. They stay for the experience. They leave with stars in their hair.

When the devastating news came through in March that Keith Flint – another iconic member of a truly genre-defining 90s British electronic band – had heartbreakingly taken his own life, it left a huge void in possibly Britain’s most important musical movement since punk. It will forever be the case that The Prodigy and The Chemical Brothers will be considered as twin heads of the same astonishingly dynamic force, a fact acknowledged by the band’s touching tribute to Flint at the end of their Glastonbury show in June. Though there is no overt reference to Flint tonight, there is a true sense in the air that this band are carrying the torch and the legacy of those random pioneers, innovators, extroverts and aficionados who brought dance music out from the M25 raves and into popular consciousness. Despite changing times and climes, the spirit and ethos of those early days has been preserved and it remains so in the hands of these two unassuming, yet brilliant musicians and their remarkable visual and sound artists. 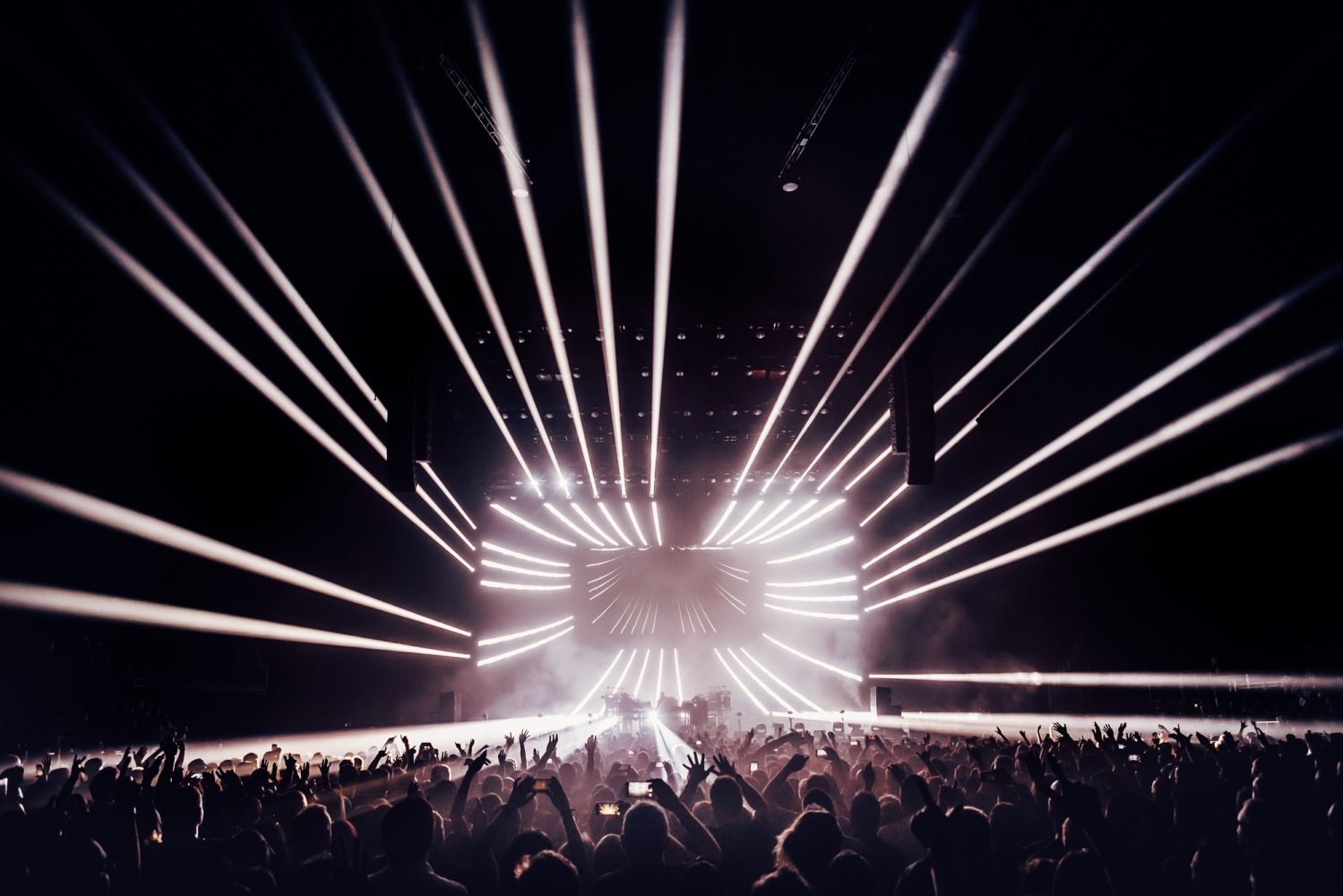 In just over five weeks, the 90s will officially be 30 years old. Yet while so much of that decade sounds old and creaking in hindsight, The Chemical Brothers remain as compelling and important as they ever have been. This is not music of the 90s; this is not music of nostalgia. It is the sound of freedom, exuberance, joy, love and rebellion that cannot grow old because it has no inherent age. As a decade of political misery slithers its way to a fetid and dirt-streaked end, there is still the energy of something beautiful radical and escapist here. And whether the message is from the attic of a Camden pub in 1992 or the vast expanse of the Manchester Arena in 2019, it prevails. The Chemical Brothers remain one of the most important bands of the last twenty-five years. And most importantly, you get the impression that they are far from settling on their laurels. They still help to make the world seem a better place. We still need them.

The Chemical Brothers’ official website can be found here